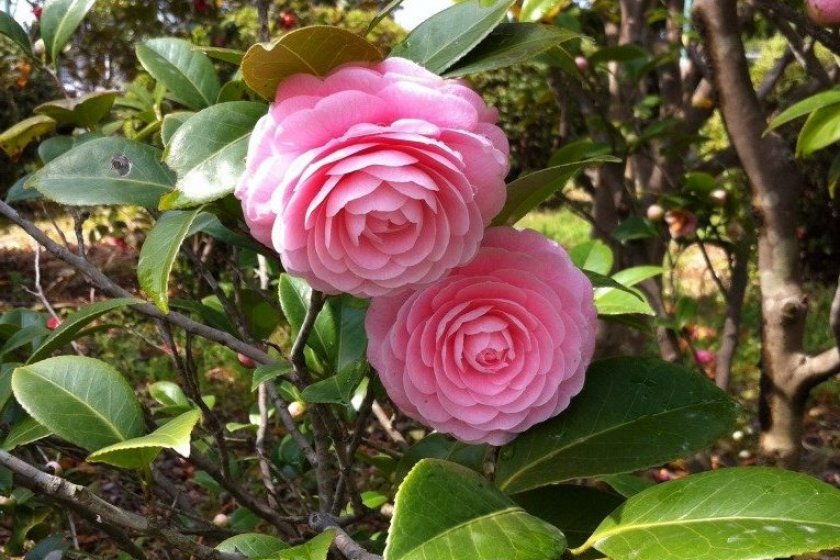 A good place to enjoy cherry blossoms near the sea

Although the district of Baishinji is part of Matsuyama, it lies facing the Seto Inland Sea separated from the rest of the city by a ridge of hills. Consequently, it has something of the atmosphere of a seaside village.

Baishinji is served by the Iyotetsu Takahama line, which ends its run along the sea coast facing Gogoshima island. When you come out of the station, on your left is Baishinji Park. Entry costs 50 yen. The park is full of flowering trees including ornamental cherry, camellias and magnolia. There are also sago palms and bamboo. Visitors flock here to enjoy the cherry blossom in spring. I visited the park one day in late March when the magnolias were already in bloom and the cherry blossoms were just getting ready to emerge. The cherry trees appear to be very old, and they’re covered in the healthiest, most robust lichen I’ve ever seen. It formed beautiful rosettes of dusty green, making an attractive contrast with the dark bark and the pink of the emerging buds. The blossoms are best for viewing from around the second week of April, although this depends to a large extent on the weather in any given year.

The main man-made feature of the park is the beautifully preserved Botchan Ressha steam engine, care of Iyotetsu Railway. You can get right up close to the train to admire its steel, brass and paintwork. There’s also a round concrete pond with a few fish in it, and a pair of stone fountains. These came from an onsen that used to stand in Baishinji.

The trees provide shade in the summer, making the park an ideal place for a picnic. Bashinji enjoys a good breeze at most times of the year, which can become a bit of a gale in winter. But whatever the season, the park is worth visiting, even if only for a short while.

Other attractions near Baishinji Park include Baishinji beach, a popular spot in summer, the memorial to the Akiyama brothers, and Buena Vista café. Next to the park is the training ground of Ehime Football Club, and on training days, you can see the lads at it through the trees of the park. 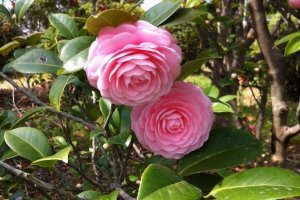 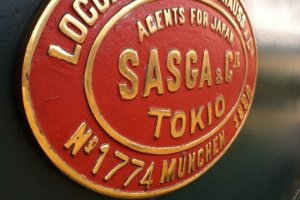