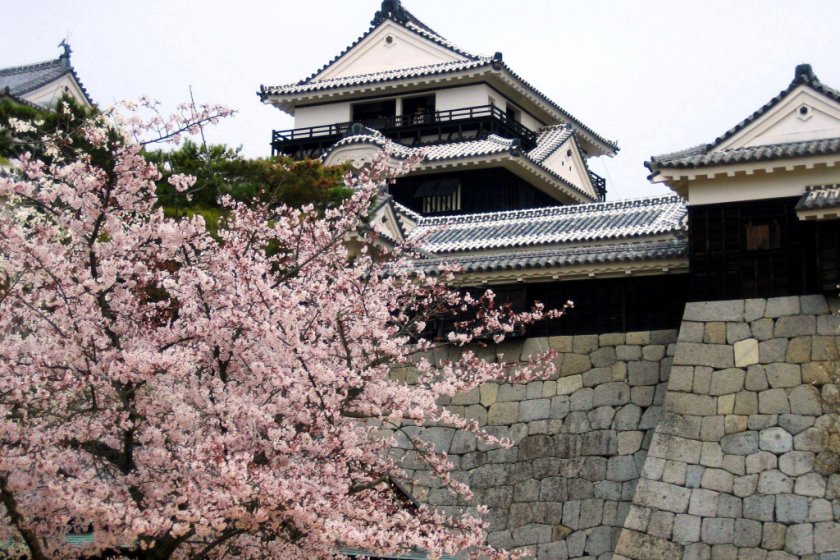 Spectacular views from the top!

Matsuyama Castle is one of the first things you see when you arrive in the city—it stands on a significant hill right in the middle of town, with an extensive moat and earth ramparts that dominate the city center.

In terms of the height of the main tower, it isn’t particularly grand, but since it stands on a large hill, it nevertheless has a commanding presence to remind you that you’re in a castle town. And since the fortifications cover most of the hilltop, the various turrets and gateways are visible from many angles and parts of the city.

Unlike many Japanese castles that were destroyed and rebuilt of concrete, Matsuyama Castle is still in its original state of wood and plaster. This may not mean a great deal when you see the castle from the outside, but inside, the wooden nature of the building is very much apparent. The staircases make no allowances for human infirmity either—they’re fiercely steep and narrow. And mind your head! No elevators in here, unlike in some castles we could mention.

The visitors’ route inside the castle winds up through the various floors and staircases, and each window offers a new view down on the castle grounds and city. But the finest, grandest view is from the top floor that looks onto the many roofs of the castle itself, down onto the fortifications below the keep, out over all of Matsuyama, and to the sea and mountains beyond. In this magnificent eyrie, you may be graced with the companionship of a buzzard or some large crows riding in the updrafts from the castle walls.

As if the building itself and views weren’t interesting enough, a number of other things have been provided for your entertainment. You can dress yourself up in one of two full sets of replica armor, making you look like a rare giant insect. There’s an interesting video of carpenters refurbishing parts of the castle with the necessary Shinto rites beforehand. And you can see a number of exhibits including armor, weapons and clothing.

The several paths up to the castle are very steep, but they can be managed by a fit person in ten minutes. However, a pleasant chairlift will take you up to within a short stroll of the hilltop. Even if you don’t pay to go inside the castle, there are fine views from the fortifications on top of the hill, and the huge wooden gates with iron studs alone are impressive, and worth the climb. And in early spring, the castle grounds are pink with flowers, first of plum blossoms in March, then with cherry blossoms in May. 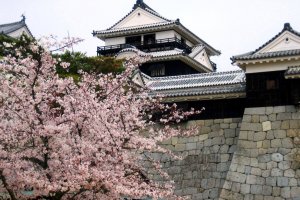 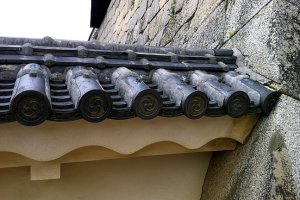 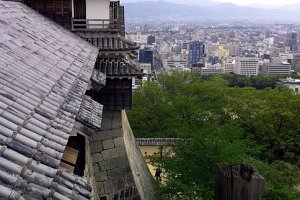