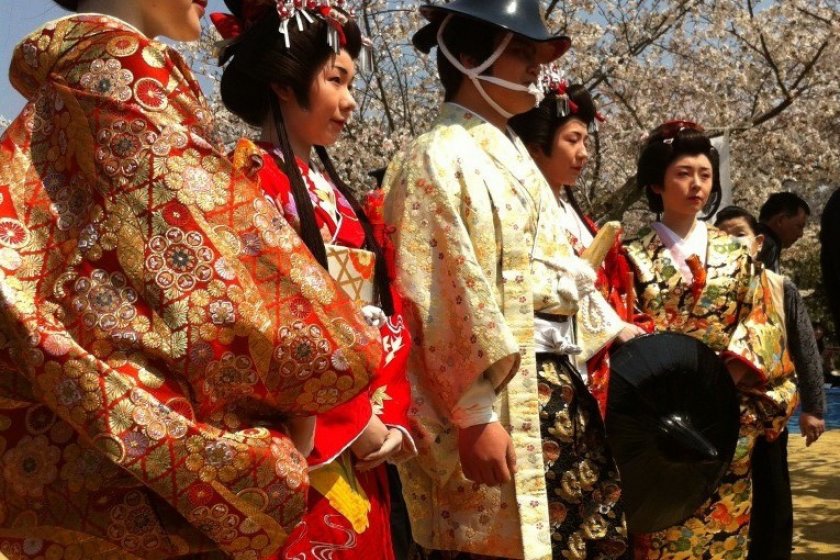 The festival of Matsuyama Castle with cherry blossom

The Matsuyama Spring Festival is held during the first weekend in April when the weather is usually just starting to get warm. If all is well, the cherry blossoms are in full bloom. On the Saturday, various events of little interest are held, but on Sunday, there’s what is known as the Daimyo musha gyoretsu, which is a parade of the feudal lord and his warriors, right through the middle of Matsuyama. Not something you see every day.

The event starts at around 11 am at the castle. The avenue of cherry trees that lines the ridge is in full bloom, and there are crowds of people sitting under them enjoying an early picnic. There are also lots of children in dark blue kendo outfits and armor, there for a youth martial arts meet. Some of them practice whacking each other with bamboo swords as the white-pink petals float down around them.

The Lord of Matsuyama*, accompanied by some lovely ladies and a couple of flunkies, make their way down from the castle to the cable car station. After posing for photos, they ride the cable car down the hill, and then join a procession that starts on Ropeway Dori.

The procession takes quite a while to get started, which provides a bonanza for photographers who snap away at the very willing subjects in period clothes. The procession actually represents a number of historical periods, starting with the Meiji era when Western Victorian clothes were the new rage, followed by the Edo period, and finally the time of the Warring States. Quite a lot of effort goes into making the clothing authentic, and if you squint or take your photos in severe close up, you can shut out the Starbucks and McDonalds and tram cables all around and imagine yourself going back into Matsuyama’s early history.

The parade goes down Ropeway Dori, through the Okaido Arcade, and down Chifune Dori. One of the ladies wheeled on a palanquin is a bona fide star. This year it was minor celebrity Akina Minami, who looked very pretty in a modern sort of way, waving to everybody with her half-inch stick-on nails. The adoring public yelled "Akina-chan! Akina-chan! Akinaaaaaa!".

Meanwhile, in the park within the moat at the bottom of the castle hill, there are stalls serving Ehime’s latest ‘B-Class Gourmet’ foods, some of which are very tasty indeed.

All-in-all, it’s a very enjoyable if slightly bizarre day out. Tout le monde is out on the streets and in the parks, and if you haven’t already got some friends in Matsuyama, you can surely make some.

*Need it be said, this is just some lad dressed up for the occasion? There is no Lord of Matsuyama today, for better or for worse. 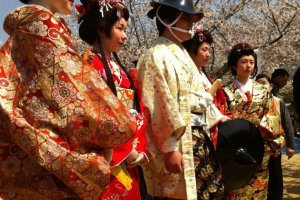 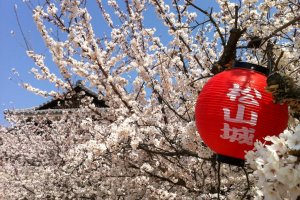 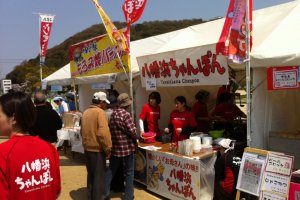 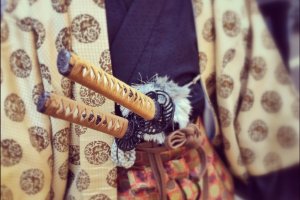 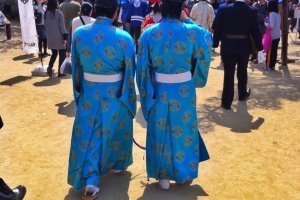 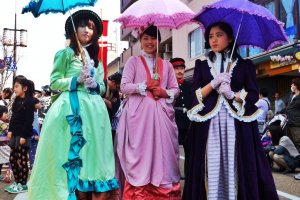 Elena Lisina 10 months ago
I'd like to watch costume parade in Japan as old outfits are great.
Reply Show all 0 replies
1 comment in total