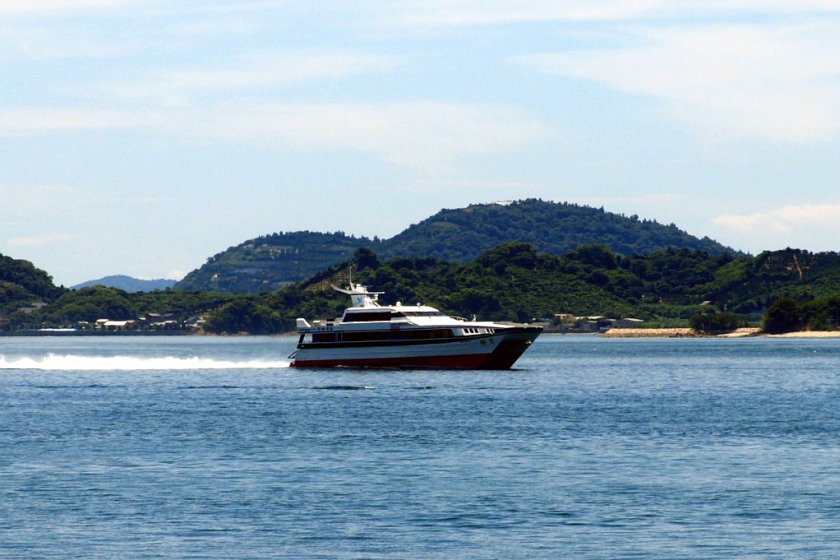 Roaring across the Seto Inland Sea

Matsuyama is just across the water from Hiroshima. In fact, on a clear day, you can almost see Hiroshima from Matsuyama. The two cities are very closely connected by the Super Jet passenger ferry which takes just an hour and eight minutes. The ferry sails between Matsuyama Tourist Port and Ujina Port in Hiroshima.

Actually, ‘sail’ is not really correct. The Super Jet is a giant speedboat, and it roars out of the port. The vessel is a large catamaran that leaves a long foaming trail in its wake. From a distance, it looks like a huge white sports shoe thrashing across the water.

The Inland Sea is generally calm so the ferry ride is relaxing. Most people sleep, or gaze at the large screen TV. The regular seats on the first deck are large and comfortable, and the ‘royal seats’ on the second deck are about the same, but the views from the windows up there aren’t misted with spray. The second deck seats cost an extra 500 yen. When there’s no mist, there are good views of the islands and other shipping on the Inland Sea, but because the ship goes like a bat, there’s no outside deck to enjoy for safety reasons. The onboard shop sells a range of reasonably priced snacks and drinks. The toilets are clean and comfortable, and there’s a fold-down table in the ladies’ toilets for changing babies’ diapers.

The Super Jet leaves on the hour every hour from 7 to 10 am and then from 4 to 9 pm, with sailings at 11:30, 1, and 2:30 in between. Every other sailing from 8 am stops at Kure, which adds another 15 minutes or so to the journey. From Matsuyama to Hiroshima costs 6,900 yen for adults and 3,450 yen for children. It’s generally necessary to book in advance, especially on the earliest and latest sailings.

The ferry is one of the best ways for travelers without a car to enter Shikoku from the mainland. After a stay in Matsuyama or other parts of Ehime, you can return by the same route, or go back to Hiroshima Prefecture via the scenic Shimanami Kaido. If you’re heading towards Tokyo or Osaka, you can take a train through Takamatsu to Okayama on the mainland. Alternatively, if you’re heading to Kyushu, you can take a night ferry to Kokura in north Kyushu, or you can sail to southern Kyushu from one of the Uwakai ports.

At Matsuyama Tourist Port, the Super Jet docks at the pier right in front of the main entrance, and at Hiroshima Ujina Port at Dock 7.

If you want to take a car, or you're happy with a cheaper, slower option, try the Cruise Ferry. 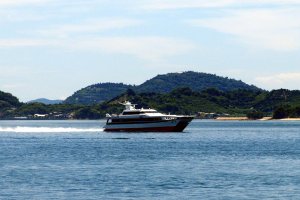 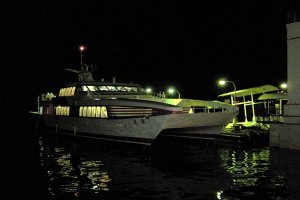 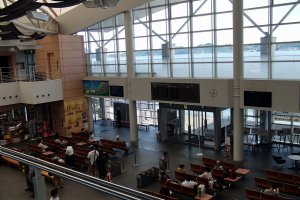