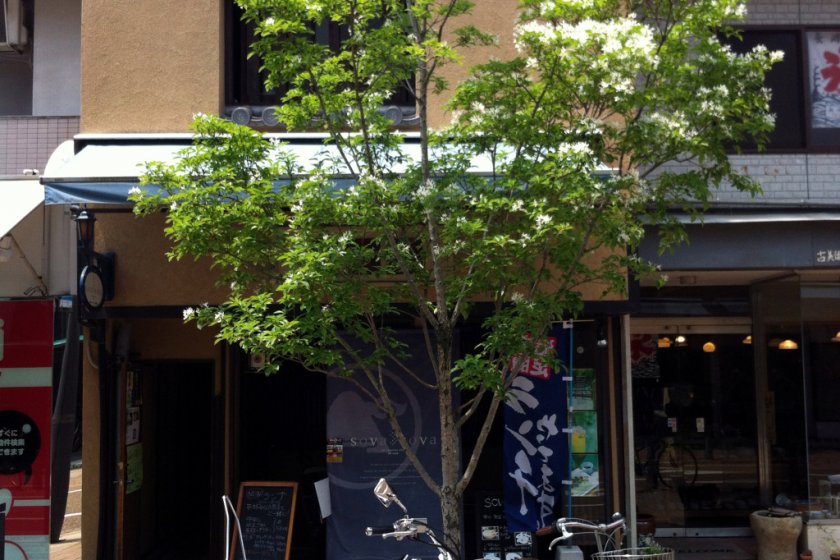 Sova Sova is a restaurant and café on Matsuyama’s fashionable Ropeway Dori. The exterior is very attractive, with a canvas drape displaying the shop logo, a lantern, and information about the menu options. The drape mentions having a coffee in front of a stone wall (in French), and in fact, Sova Sova backs onto the outer wall of Matsuyama Castle.

A narrow passageway leads into the restaurant which itself is a long narrow building. From the doorway, you can see the gray boulders of the wall, growing with ferns and other plants. It’s a rather surprising sight. The interior is very attractive, with a lot of wood and glass and subdued lighting. The building appears to be an old townhouse remodeled in modern style. Some jazzy music was playing in the background, a little too loud for comfort.

I received a friendly reception and a menu featuring something named “Seto Oroshi Soba”, presumably after the Seto Inland Sea. Other choices included donburi, a bowl of rice with various toppings and a soy-based sauce. I ordered the Seto Oroshi Soba with vegetable tempura for 950 yen.

I quickly became aware that somebody was smoking and asked if there was a non-smoking area. The staff said they were awfully sorry but there wasn’t one. Asking why not brought blank looks. This is hard to understand since the place has two largely separate rooms, and most customers weren’t smoking. When the food arrived, I asked if I could have a large glass of water instead of the little one-swig tumbler I was provided with. It was a hot day and I drink a lot. “No”, was the answer to that.

The soba noodles were pleasant enough, seasoned with grated daikon and wasabi. But the tempura was overcooked and hard. The vegetables included eggplant, mushroom, and lotus root, although they all tasted of little more than browned batter. For a 950 yen meal, I didn’t feel satisfied either in terms of taste or volume, so I won’t be going back. Although it seems popular enough, there are better places to eat on Ropeway Dori. 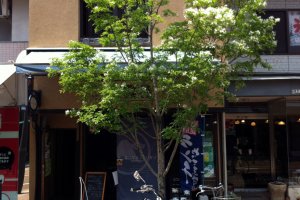 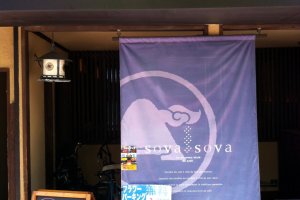 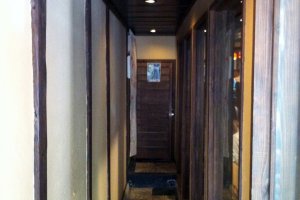 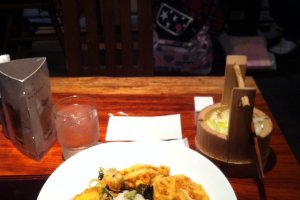 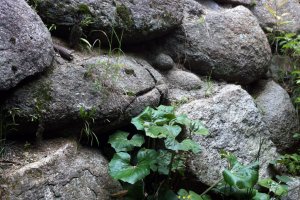 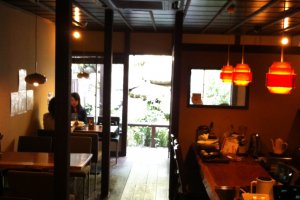