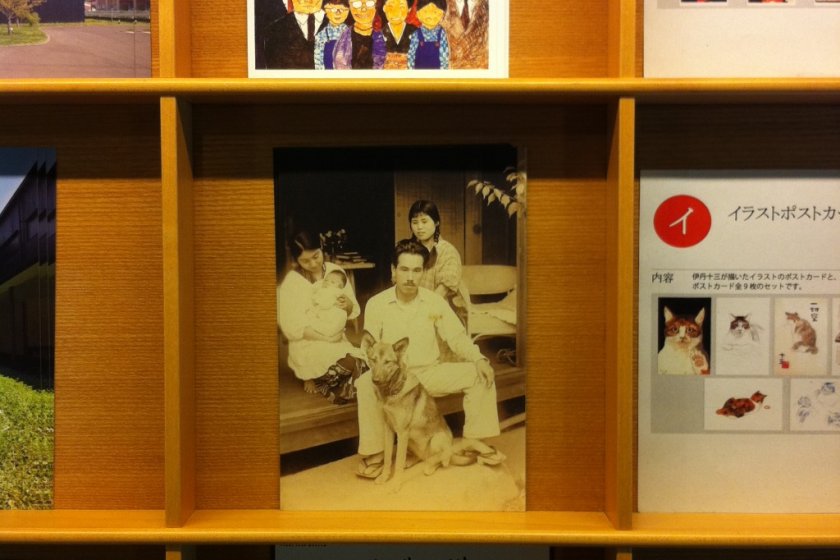 Shrine and elegy to a fascinating film-maker

If you drive south of central Matsuyama towards Tobe, you’ll soon see a rather mysterious black building next to a river, in a setting that seems oddly bucolic compared with the sprawl around it. This is the Itami Juzo Museum, shrine and elegy to the man who made a whole series of brilliant films which showed modern Japan to a large Western audience. Itami Juzo’s films are one of the reasons why I came to Japan in the first place, so I was excited to learn that he was a citizen of Matsuyama, with his own museum.

Itami was a fascinating man. He wasn’t successful academically, but his childhood school notebooks and early artwork are both highly precise and beautiful to look at. As a professional illustrator, Itami produced work in a range of expressive styles, and many of his works are on display. He also worked in television, as well as film. His rather grating and idiosyncratic voice can be heard throughout the museum, cajoling, educating, reporting, and entertaining. One video clip shows him inviting the French to come to Japan to experience its unique quotidian cultural features such as futons and kotatsu heaters. His spoken French is very good. And indeed it’s these very same everyday cultural features of Japan that Itami wove skillfully into his films, often for the purpose of laughing at them.

The museum has quite a lot of ‘things’ – the musical instruments Itami played, the kitchen utensils he used and drew, the hat he wore and his pens and pencils. There are also many photos of him using these same things. I wasn’t expecting to be moved by this ‘museum’, but it began to feel like rifling through somebody’s chattels when they’re not at home, and the man began to feel like a real presence. Indeed, in the introductory video, his wife, Nobuko Miyamoto, says that the museum is intended to be Itami’s home, where he would say “Oh hi! Come in!”. And that’s exactly the effect that the museum achieves.

Besides Itami Juzo, the museum also presents the life and work of his father, the very handsome Itami Mansaku, who made satires using samurai themes.

The museum has a shop and café, overlooking a pleasant architectural space with a tree. The T-shirts and rubber stamps with Itami illustrations and the postcards are all quite tempting. Nobuko Miyamoto, who starred in all of Itami’s films and who will be familiar to anyone with an interest in Japan movies, welcomes visitors to the museum according to a pre-announced schedule. If you want to meet a real Japanese film star, there’s no better place for it than the Itami Juzo Museum in Matsuyama. 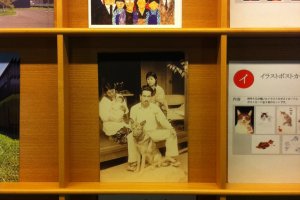 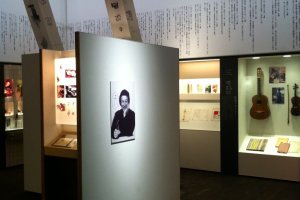 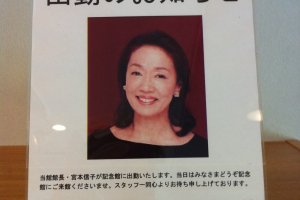