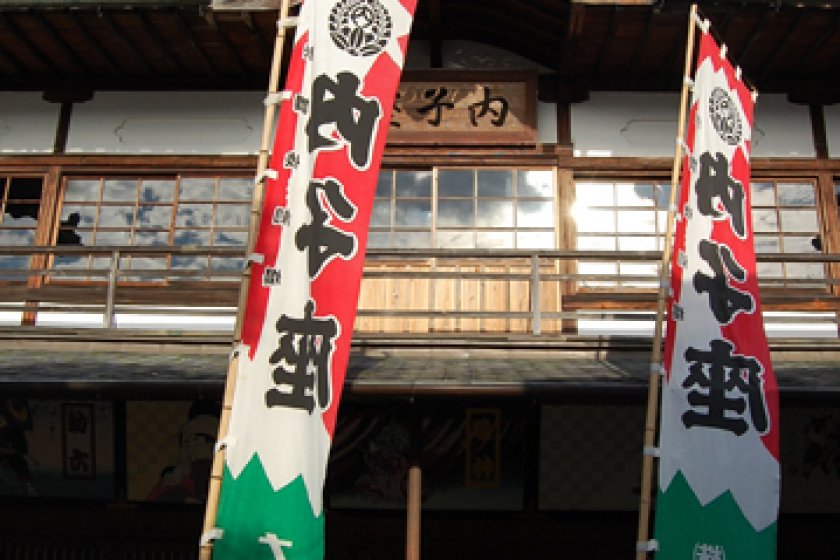 The front of the theater.

Do you hate missing out on all the gems that are so easy for Japanese tourists to find? Well, if you’ve made it as far as Shikoku be sure to visit the picturesque town of Uchiko and its traditional kabuki theatre. Maybe you can even surprise a few Japanese friends with your knowledge of countryside treasures!

The Uchiko-za was built in 1916 to celebrate the accession of Emperor Taishō. Years later it resisted being demolished—for a parking lot!—to become the most popular of Uchiko’s attractions today. Tourists can appreciate the wooden structure and its unique theatrical features inside and out. But the building isn’t just for show; it also hosts kabuki or bunraku (Japanese puppet theatre) performances, as well as numerous local events.

The theatre was built in the economic heyday of Uchiko by people who loved the performing arts. During the agricultural off-season, kabuki, puppet theatre, and rakugo (comic story telling), were performed here. The old theatre was a two-storey wooden building with a clay tile roof built in 1916 to celebrate the new Emperor Taisho. Uchiko-za was converted to a cinema and later fell into disuse. It was going to be torn down, but was repaired in 1985 by the citizens and revived as a theatre. Currently, more than 70,000 people visit the theatre annually and it's used by more than 16,000 people a year as a multi-purpose hall. The theatre holds 650 people.

If you want to make the most of your visit, a guided tour by the Uchiko Volunteer Guides for Foreigners is highly recommended. These friendly and knowledgeable locals will help you spot all the details from the taiko drummer’s room on the roof to trap doors operated from below the stage. A standard Uchiko tour which includes the theatre and the old street—or machinami—is available on the second Saturday and Sunday of every month. Just meet the guides in front of the Uchiko-za at 10:00. Alternatively, you can book a tour with them in advance.

The entrance fee is ¥300 for adults and ¥150 for children under 12. You can also buy a combined ticket that includes other Uchiko museums. The theatre is open from 09:00—16:30 every day. It’s closed from December 29 to January 2 and may not be viewable when certain shows are on. Bunraku performances are held every August. If you have queries you can contact the Uchiko Tourist Association.

Uchiko is about 25 minutes south of Matsuyama on the express train bound for Uwajima. The theatre is a 10 minute walk from the station. Bicycles can be rented at the gift shop in front of the station. 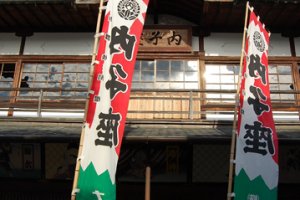 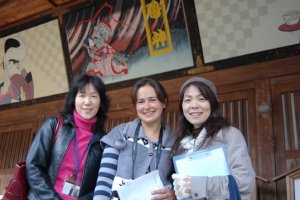 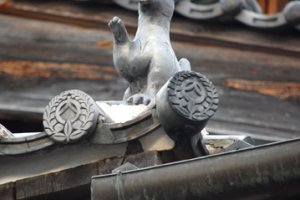