Walking on Cloud, Sea, and Sky

I have always wanted to walk the Shimanami Kaido. It is the world's longest suspension bridge structure, connecting Onomichi in Hiroshima, Honshu, to Imabari, the Shikoku terminus. So I did feel a thrill when I tumbled out the bus onto the Kurushima Kaikyo Bridge, one of the nine bridges that makes up the 60 kilometer long Shimanami Kaido.

The whole Shimanami is prominent for being the only connecting channel that runs through several islands in the Seto Inland Sea. The Kurushima Kaikyo Bridge is the one that links Oshima Island to Imabari. It is made up of three successive suspension bridges with six towers. Walking on it brought me spectacularly close to its impressive height, breadth, and size. When heavy vehicles whizzed by, I think I felt the bridge bounce a little.

The Shimanami Kaido is the only land transport system between Honshu and Shikoku that accommodates walkers and bikers. It was heartening to see signs and amenities for both groups, such as viewing points, no toll charge, a broad, clearly marked biker and pedestrian path, an SOS call box and an elevator to take people up and down the four levels of the bridge.

Visiting on a sunny day, the sea appeared one with the blue sky, with puffs of clouds to break up the monotony of the blue, a fitting backdrop for the white bridge, going on for miles, hanging over the sea. I know nothing about bridges and engineering, but I could imagine the brain work, the efficient teamwork, manual strength and labor, even belief and passion, that went into creating and assembling the bridge. Although a heavyweight structure, it looked elegant, the slim white arched pylons like steel lace. It really is a beautiful bridge. Opened in 1999, the biking and pedestrian path was made specially to enable us to walk and cycle in the beauty of uncluttered sea, sky, and cloud. They wanted everyone to “feel one with the harmony of nature”. They succeeded.

I took the lift to the ground floor. It opened onto another angle to the bridge, now showing its full height from bottom up. Next to it was a hamlet of houses so close to each other, it would be awful if there were bad neighbors. An esplanade and forested trails made for more walking, with boats for hire. You could swim, for right there was the sea and beach.

I walked to a lighthouse, with a tiny antique shrine. I wanted to shake the shrine bell as is the custom to announce one’s arrival to the shrine’s deity, but it did not look as if anyone had rung it in eons. So I thought it best to let them continue sleeping.

To walk the bridge, take the Oshima bus from Platform Two at the bus station, and get off at Umashima. Bus schedules are available at the Tourist Office at Imabari Station. You can walk as far as you like, even to Onomichi. 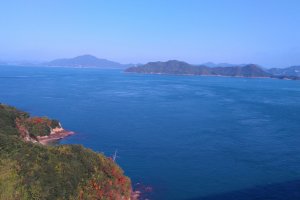 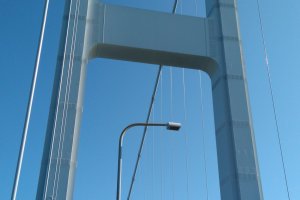 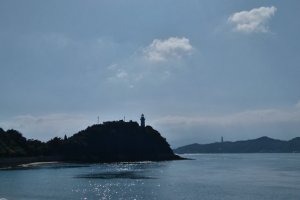 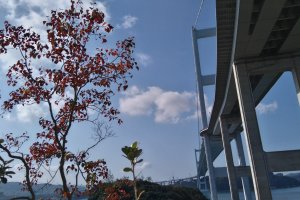 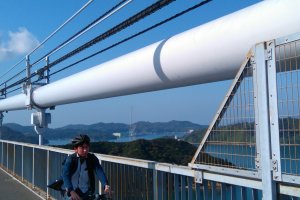 Cathy Cawood 6 years ago
You are making me jealous again, Arlene!
Reply Show all 0 replies
1 comment in total