10 Things to Do in Japan During January

If you're contemplating a trip to Japan in the future and thinking about a January visit, you might be wondering about things to see and do around this time. The answer is plenty! From iconic views to some of winter's best foods, here's a roundup of how to start the first month of the year in the land of the rising sun.

It's hard to resist a warm, steamy onsen in winter - and even the monkeys know it! At the Jigokudani Monkey Park in Nagano, you can have a wildlife experience like no other and watch the Japanese macaques enjoy a soak. Because this is a barrier-free venue, there's no guarantee as to how many monkeys will show up - or if they'll show up at all. However, this tends to be rare and more likely to happen in autumn.

When it comes to iconic winter scenes in Japan, it's hard to go past a snow-covered Shirakawago as one of the most beautiful. Designated as a UNESCO World Heritage Site, Shirakawago is a traditional village with houses in the gasshō-zukuri thatched roof style. It's worth a visit in any season, even if you can't plan a visit during winter.

Aside from what to see and do during January, there's also the pressing issue of what to eat. One winter favorite is oden, where a variety of foods like konjac, fishcakes, and even eggs are boiled in a dashi broth. You'll find dedicated oden restaurants across the country, but for the ultimate in ease and speed you'll also find oden at most convenience stores!

While we're still on the food theme, if you're a fan of sweet over savory then keep your eyes peeled for ichigo daifuku! Fresh strawberries are encased in a layer of red bean paste, then wrapped with mochi. There's not much better than Japanese strawberries when they're in season, but the addition of red bean paste and chewy mochi just takes it up a notch. You can find them when they're in season at many supermarkets, convenience stores, and other specialty shops.

Japan is home to some of the best skiing and snowboarding spots on the planet, including well-known names like Hakuba in Nagano and Niseko in Hokkaido. There are also plenty of lesser-known resorts to enjoy, including a host of options in Niigata Prefecture. One of them is Gala Yuzawa, which has direct seasonal shinkansen access from Tokyo. You can't beat that kind of convenience!

Some folks just aren't the biggest fans of winter, and that's completely okay! Because of Japan's impressive latitude, you can head south and practically forget that winter even exists. The median temperature in Okinawa during January is a low of 14°C and a high of 19°C (57 / 66 F), so whilst it might be a little too chilly for water sports, it's a lot more manageable than the minuses you'll encounter elsewhere in the country!

Conversely, if you want to go all-in on your winter in Japan experience, heading north to Hokkaido can allow you to explore an incredible natural phenomenon. Off the coast of Mombetsu, drift ice makes its way from Russia to the Sea of Okhotsk, in a scene more reminiscent from something you'd expect in the Arctic Circle rather than Japan. Drift ice cruises are available too, if you'd like to see the ice up close. Do note that the drift ice tends to arrive around late January, so if you plan a trip too early in the month you may miss out.

Many illumination events across Japan run well into the new year, allowing you the chance to enjoy some spectacular displays of sparkling lights. Bundle up in your winter woollies, and enjoy the likes of the Nabana no Sato event in Mie, the Ashikaga Flower Park illumination in Tochigi, or Kanagawa's Sagamiko Illumillion event, all of which run right through January.

Pretty blooms aren't just relegated to the warmer months - winter has its fair share of beauty, too! Some of the most popular seasonal flowers at this time of year are narcissus, and you can find them at various places around the country. One of the best spots to check out is the Tsumekizaki Narcissus Field, where over 3 million wild narcissus flowers bloom along Shizuoka's Suzaki Peninsula.

Even though January is in the thick of winter, it's never too early to start planning for spring! One of the signs that spring is just around the corner are plum (ume) blossoms which typically arrive around February, and there are a host of great places to enjoy them across Japan. If you want to start planning your spring sightseeing spots early, be sure to have a look around the Japan Travel site for some inspiration! 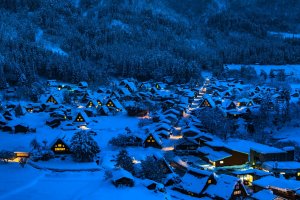 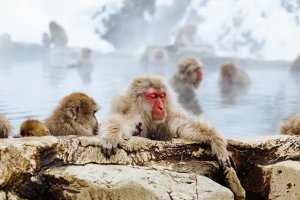 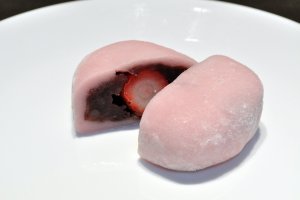 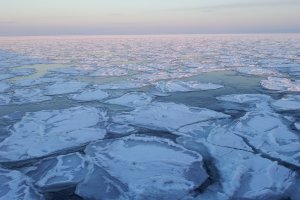 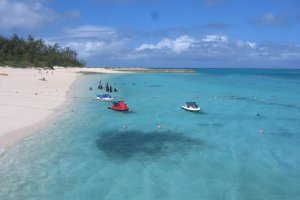 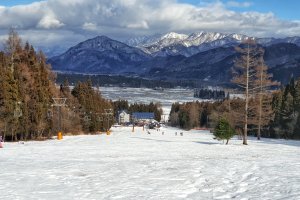 Lynda Hogan 2 weeks ago
January is my favorite month in Japan. So much to do and see and I love all the traditional events for New Year.
Reply Show all 0 replies

Elizabeth S 3 weeks ago
I'm already indulging in oden! It warms the soul.

Some years, I get away to Hachijojima, which isn't as warm as Okinawa, but a world away and warmer than where I live in Kanto.

Sander van Werkhoven 3 weeks ago
Good list with a lot of variation! Winter is a great time to visit Japan, and in normal years January seems to be the least busiest time of the year. For no good reason, as there is a lot to do, and even if you don't like the cold and snow, a big part of Japan actually has pretty good weather in winter.

Two specific event in January I can recommend (though for obvious reasons the 2021 editions have been cancelled):
* Furusato Matsuri, a huge event in Tokyo Dome with travel information from every prefecture, performances from matsuri from all over the country, but most of all: food, glorious food!
* Tokyo Auto Salon, held in Makuhari Messe in Chiba. Not to be confused with the Tokyo Motor Show which showcases cars straight from the factory, the Auto Salon is all about modified cars, and is the biggest (and craziest?) show of its kind in the world.
Reply Show all 1 replies

Kim Author 3 weeks ago
Great additions - hoping things will normalize in 2021 sometime so that they'll run in 2022!
Reply

Elena Lisina 3 weeks ago
I wonder how tourists get to the Jigokudani Yaen Koen in winter? There is a wood trail about 1 km to that may be dangerous with snow or ice as it's mountainous and high. I visited in April and could see many monkeys around, not only in onsen.
Reply Show all 1 replies

Kim Author 3 weeks ago
I went in January one year and we went via a bus tour and just wore snowboots! It wasn't too bad, I think they must deliberately maintain the path well to avoid slips and falls.
Reply
12 comments in total
Back to Contents