Savor the beauty of this stunning springtime bloom

Japan is fortunate to have a wide array of springtime beauty to enjoy, and cherry blossoms are at the top of the must-see list for many. However, there are plenty of other gorgeous flowers, including colorful azaleas that bloom not long after sakura season passes. This guide covers 5 great azalea spots across the country.

Tokyo's Nezu Shrine is one of Japan's most well-known azalea destinations, and the grounds are home to approximately 3000 azaleas in more than 100 species. Because there are early, mid, and late blooming azalea variants, visitors are able to enjoy their beautiful color for a longer period of time - and that's always a good thing! In typical years there is an azalea festival held on the grounds here, but this has been canceled for 2021 due to COVID mitigation measures. The shrine grounds will still be open for visitors to appreciate the flowers - just use common sense, maintain social distance, and mask up.

If you're in the Tokyo area, one of the best places to enjoy azaleas in all their glory is Shiofune Kannon. Situated on the outskirts of Tokyo, the grounds of the temple here are jam-packed with azalea bushes. The end of April and start of May are usually the best times to see them blooming, and it's worth the visit - it really does feel like you've entered a fairytale world. The grounds are usually free to enter, but when the azaleas are in bloom there's a 300 yen admission fee.

Kyushu doesn't miss out on the beauty of azalea season either, and Saga's Mifuneyama Rakuen is one of the region's best destinations to enjoy these flowers. There are around 200,000 azaleas in different varieties that fill the grounds here, including the Kurume and Hirado species. An annual spring flower festival is held on the grounds here from early April through until early May, and along with the azaleas you'll also find wisteria and spring maples.

Situated in a residential area of Kanagawa Prefecture, Togakuin Temple is an off-the-beaten-path delight for azalea aficionados. The compact grounds are packed with a number of colorful azalea bushes that bloom in different shades including red, purple, pink, and white, and there's something special about the vibrant blooms set against the traditional wooden temple structures. If spring isn't your thing, the temple also bursts with color during the autumn months.

From around mid-April to early May each year, Gunma's Tsutsujigaoka Park in Tatebayashi is filled with color thanks to the 10,000 azalea bushes on the grounds. Breaking it down even further, the azaleas here are from 50 different varieties, including the likes of the purple maiden azalea, the white Ryukyu azalea, and the Asuka River azalea to name just a few. 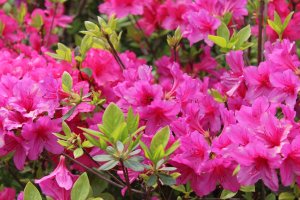 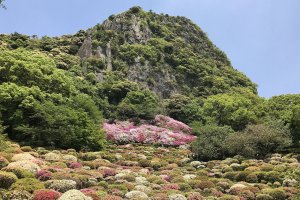 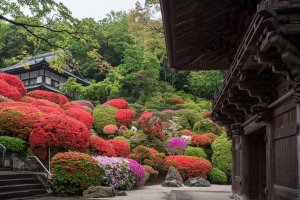 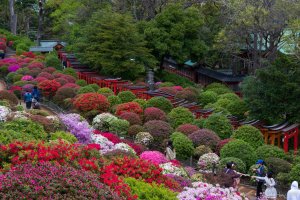 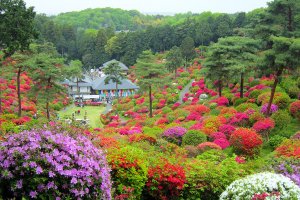 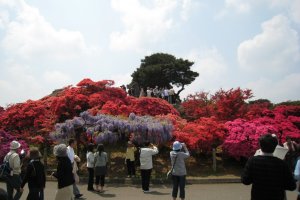 Elizabeth S 3 weeks ago
Komagome Station on the Yamanote Line has an azalea hillside visible from the train. When the train pulls in to the station, be sure to look for it.
Reply Show all 1 replies

Alena Eckelmann 3 weeks ago
Yeah! There are more blossoms to spring than cherry blossoms! I love colorful spring flowers!
Reply Show all 0 replies
4 comments in total
Back to Contents