Historically significant landscapes with direct links to the old Edo past are a real focus here in Bunkyo City Ward. The traditional Japanese gardens, with their ponds, plants and strolling paths, are some of Tokyo's most impressive and are easily accessible. Here is a quick introduction to the lovely gardens of Bunkyo and how to reach them.

Smaller than some of the nation's more well-known strolling gardens, Higo Hosokawa Garden is no less than impressive. Once the property of a famous samurai clan, the garden's large carp-filled pond is surrounded by walking trails that take visitors through ever changing garden views that come alive in different ways each season.

A 4-minute walk from Waseda Station on the Toden-Arakawa Line.

With over 4000 specials of plants, the University of Tokyo-run Koishikawa Botanical Garden turns out to be not only an incredible research centre but Japan's oldest botanical garden. Established in the 17th century, the garden is surprisingly large, taking many up to a couple of hours to enjoy and well worth the token JY400 admission fee.

A 10-minute walk from Hakusan Station on the Mita Line.

Dating back to the 17th century, Koishikawa Korakuen Garden is stunningly beautiful, extraordinarily landscaped and a jewel in the city ward's crown. Named after a poetical urge for rulers to enjoy pleasure only when their people are happy, the paltry JPY300 admission fee is the bargain of the decade.

A 3-minute walk from Iidabashi Station on the Toei Oedo Line.

With its history dating back to the 18th century, Rikugien Garden is one of the most famous Edo period locations. Designated as a site of exceptional beauty and culture, the landscaping design stems from 88 different scenes from famous Japanese poems. A true gem, the JPY300 admission fee is a steal.

A 7-minute walk from Komagome Station on the Namboku or JR Yamanote Lines. 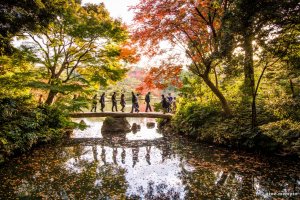 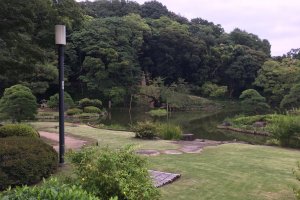 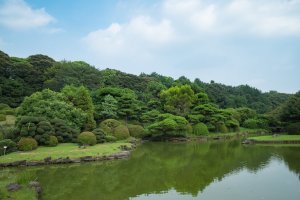 Elizabeth S 2 months ago
Rikugien in the autumn is stunningly beautiful. Worth the admission price.
Reply Show all 1 replies

Sleiman Azizi Author 2 months ago
There is so much elegance during the autumn.
Reply

Elena Lisina 2 months ago
All those places are my favorite! I feel peace there.
Reply Show all 1 replies

Sleiman Azizi Author 2 months ago
Yes, I thought you might like it :)
Reply
6 comments in total
Back to Contents