A charm hiding history and the future

The charming residential atmosphere of Bunkyo City belies the incredible mix of the old and the new to be found here. Along with some of Tokyo's most important historical shrines and culturally significant gardens and landscapes, Bunkyo City is also home to the ultra modern Tokyo Dome City, quirky museums and galleries.

The largest Confucian temple in Tokyo, Yushima Seido and its jet black facade and sombre grandeur, was where several Tokugawa shoguns were tutored. On weekends and holidays the treasure room with its stunning statues of Confucius and the four wise men becomes accessible.

Two minutes from Ochanomizu Station on the Chiyoda, Marunouchi or JR Yamanote Lines.

One of Japan's oldest shrines, Nezu Shrine is also one of its most beautiful. With its thick flora, carp-filled ponds and tunnels of torii gates, the shrine's history is said to go back to the 1st century. Many of its structures have been designated as Important Cultural Properties of Japan.

Five minutes from Nezu Station on the Chiyoda Line.

Run by the University of Tokyo, Koishikawa Botanical Garden is actually a splendidly beautiful research facility. Established in the 17th century, it's Japan's oldest botanical garden and is considered the birthplace of modern botany in Japan. With over 4,000 species, it really is a fascinating place to wander about in.

Ten minutes from Hakusan Station on the Mita Line.

One of the most famous Edo period landscapes, Rikugien Garden was established at the start of the 18th century and has since been designated as a site of exceptional beauty and culture. Set up to represent 88 different scenes from famous Japanese poems, it is often considered Tokyo's most beautiful garden.

Seven minutes from Komagome Station on the Namboku or the JR Yamanote Lines.

If you love your football, you will love the Japan Football Museum. Celebrating all things soccer in Japan, the museum features 3D game screenings and the virtual stadium on the first floor. Autographed memorabilia abound and the Hall of Fame gives a touch of dignity to the athletes featured.

Seven minutes from Ochanomizu Station on the Marunouchi or JR Chuo Lines.

This museum is actually a combination of two galleries - the Takehisa Yumeji Museum dedicated to Yumeji Takehisa and his bijin-ga beautiful women genre and the Yayoi Museum, highlighting the ethereal work of magazine illustrator, Kasho Takabatake.

Seven minutes from Nezu Station on the Chiyoda Line.

The massive entertainment complex that is Tokyo Dome City is not only home to the Yomiuri Giants baseball team but also - among many other things - an incredible amusement park, one of Tokyo's very own natural hot spring resorts, shopping and dining as well as the impressive TeNQ Space Museum.

Decades after their passing, the world famous Hachiko and his owner, Hiesaburo Ueno were reunited in this joyous monument. Located on the grounds of the University of Tokyo, the statue commemorates the much cherished ideal of loyalty. The faces of the two are beautifully expressive.

Four minutes from Todai-mae Station on the Namboku Line. 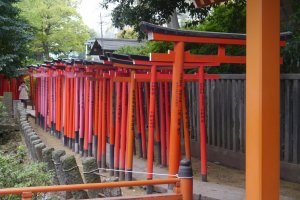 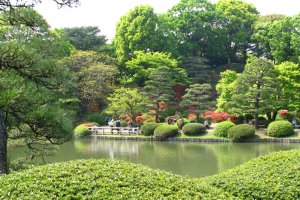 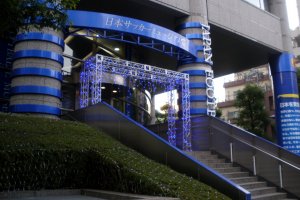 Kim a year ago
Nezu Shrine sure is a beauty!
Reply Show all 1 replies

Sleiman Azizi Author a year ago
It certainly stands out.
Reply

Elena Lisina a year ago
Good district! I liked the listed places!
Reply Show all 1 replies

Sleiman Azizi Author a year ago
You'd know!
Reply
4 comments in total
Back to Contents