Climate & Weather Guide: When to Travel to Japan

A guide to Japan's climate and popular visiting times

Japan is a temperate country that has four distinct seasons, each bringing its own merits that make the country an attractive travel destination. Here we provide an overview of the seasonal variations, weather/temperatures to expect on your trip and potential attractions worth visiting at that time of the year:

Winter in Japan is characterised by blankets of snow across Japan, especially in the northern regions of Tohoku and Hokkaido. This is the best time to hit ski resorts and participate in winter sports like skiing and snowboarding. While the temperature usually does not drop below 0°C in Tokyo, it is frigid in the north and travelers are advised to put on thick coats while visiting.

The winter is also dry and sunny, making it perfect for outdoor activities if the cold is manageable. The daylight hours are short during the season so many illuminations are set up for people to enjoy the early darkness. Note that many shops will close over the New Year holidays from 29 December to 4 January.

Top 3 spots to visit in winter

Plum blossoms usher in spring as the first signs of nature coming alive start to show. This is followed by a splendid sight of the famous cherry blossoms that bloom as early as January in Okinawa, and until as late as May in Hokkaido. During this time, many other flowers are blooming as well and complement Japan’s stunning natural scenery well.

The vibrancy of the country in spring, coupled with the cool weather, makes it one of the most popular times to visit Japan. This peaks during Golden Week, which lasts from late April to early May, where increased domestic traveling may add to the bustle of Japan. Temperatures are a cool 21°C on average so light jackets will be comfortable.

Top 3 spots to visit in spring

The rainy season in early June signals the start of summer in Japan. Lasting about three to four weeks, this period builds up into a hot and humid weather in July. Beach-goers will head to some of Japan’s best coastal resorts, which can become crowded during this peak season. Many people will also travel up north to escape the heat. Japan’s summer is well known for its numerous festivals, including spectacular fireworks festivals all over the country, best enjoyed in traditional yukatas and kimonos.

Top 3 spots to visit in summer

Autumn provides a brief respite after the summer’s heat; temperatures start to fall and Japan once again transforms into a colorful scene. The leaves begin to turn into various hues of red, orange, and yellow to create a burst of colour that enhances most natural attractions in Japan, making autumn another popular time for visiting. However, this is also when typhoons and heavy rain are regular, beginning in August and lasting until September. After that, the country prepares for winter when the last vestiges of Japan’s plants disappear after their stunning show of beauty.

Top 3 spots to visit in autumn 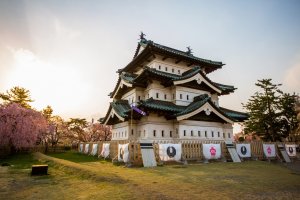 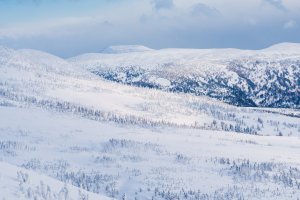 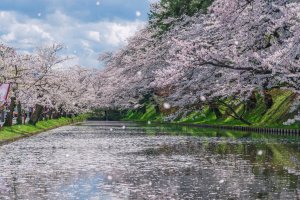 Sleiman Azizi 3 years ago
I used to despise summer - the humidity is intense in Japan - but I soon found myself loving it. Not sure why...
Reply Show all 0 replies

Renford Esau Sinangote 4 years ago
A good read for when one decides to visit Japan. What to see, where to go and what to do may depend on when it's the right time to go.
Reply Show all 0 replies

Kim 4 years ago
I think my favorite time of the year in Japan is the autumn months - but all times of year have something beautiful to enjoy! One of my favorite things about the rainy season, for instance, are the beautiful hydrangeas that are starting to pop up everywhere!
Reply Show all 2 replies

Elizabeth S 3 years ago
I find the most pleasant time is January and March, when it’s cool and the air is clear. You can view Fujisan so clearly from all over the Kanto plain. And the plum blossoms have that heady fragrance.

But hydrangea, ajisai, are gorgeous, too.

Any time you choose to visit, it’s amazing.
Reply

Kim 3 years ago
I miss that time of year when I lived in Tokyo but here in Niigata it’s so snowy then! We lived on the outskirts of the city for a few years and it was a common occurrence to see Mt Fuji off in the distance on those clear winter days...bliss!
Reply
5 comments in total
Back to Contents