A taste of some of Saitama's local foods

Home to simple, down-to-earth belly food, Saitama Prefecture is one of the nation's largest producers of wheat - rice doesn't figure prominently in the traditional cuisine of the region. Instead you'll find scores of made-from-wheat udon noodle variations as well potato dishes, hot pots and delicious savoury snacks, all of it hearty and satisfying fare for historically farming folk. Here is a simple guide to some of the regional cuisine of Saitama.

Famous in the Chichibu region, miso potatoes are one of the most enjoyable winter treats of the area. Essentially baked potato covered in a sweet miso sauce, the dish is a traditional rural one is and is particularly popular now as a street stall snack. The sweet & savoury miso flavour and earthy baked potato texture is a natural combination.

As befitting a region known for its wheat, Saitama is home to scores of different takes on udon noodles. Depending on the region, you can find the nikumiso udon of Kazo, with its 300-year old tradition of firmer noodles, the mightily wide noodles of Konosu known as kawahaba udon - river width noodles - as well as the warm dipping soup of Kumagaya udon.

While Saitama was never a major rice producer, the rice it did make found its way into Soka City which subsequently became the home of savoury senbei rice cracker. Historically made with rice grilled over charcoal and brushed with soy sauce, this now quintessential Japanese snack comes in a huge array of flavours, shapes and textures.

Famous for its historical satsuma imo sweet potato harvests, Kawagoe City offers a multitude of street snacks and confectionery sweets made from their famous crop. The sweet potato, with its rich texture, subtle sweetness and delectable aroma, is a common sight at street stalls and supermarkets. 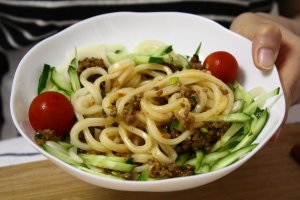 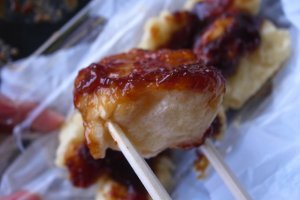 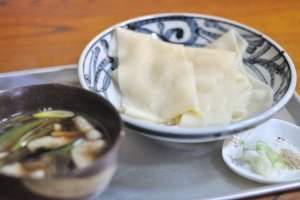 Helen Xavier 2 years ago
The foods listed are vegan.
That's great news as vegans ,we generally pack our own foods when going out.
Senbei are my favourites as they are widely available across Japan.
Thanks for introducing these Saitama vegan delights!
Reply Show all 1 replies

Sleiman Azizi Author 2 years ago
Good to know that vegans can find something good to eat in Saitama.
Reply

Elizabeth S 2 years ago
I love the name of those noodles - kawahaba. I'll have some yamahodo satsumaimo, too!
Reply Show all 1 replies

Sherilyn Siy 2 years ago
My friend first introduced me to miso potato when she brought her homemade version to a potluck party. She taught me how to make it. It's savory and easy to make.
Reply Show all 1 replies

Sleiman Azizi Author 2 years ago
Pretty straightforward, right? Much like the rest of Saitama's cuisine.
Reply

Kim 2 years ago
This all looks so good!
Reply Show all 2 replies

Sleiman Azizi Author 2 years ago
It's not haute cuisine by any stretch of the imagination but it'll keep you alive and healthy. It also happens to taste good!
Reply

Kim 2 years ago
I like that about it - simple and tasty ticks the boxes for me!
Reply

Elena Lisina 2 years ago
I want it all! :P
Reply Show all 1 replies

Sleiman Azizi Author 2 years ago
I can imagine, lol
Reply
11 comments in total
Back to Contents