The Regional Cuisine of Shikoku

A taste of the four prefectures of Shikoku

One of Japan's four major islands, the Shikoku region is made up of four prefectures - Ehime, Kagawa, Kochi and Tokushima. Each prefecture has their own local specialities but the common feature to all of them is a dynamic simplicity. Fresh seafood features prominently, along with fruits and and buckwheat. Here is a quick look at some of the foods of each prefecture in the Shikoku region.

With its great climate and Inland Sea border, the food of Ehime Prefecture is known for its quality and freshness. Sea bream is number one here with dishes like tai-meshi while houraku-yaki is a seafood platter filled with ocean catches resting on a bed of fragrant pine needles. Mikan citrus fruits are nationally acclaimed while jakoten is a traditional and popular fish paste cake.

Japan's home of udon noodles, Kagawa Prefecture cuisine is headed by sanuki udon, the nation's number one udon style. Not to be outdone are Kagawa's Shodoshima somen noodles, one of the country's top somen dishes. Kagawa's seafood includes the famous iriko baby sardines snack dish. Innovation also features with Kagawa's great take on chicken thanks to the amazing honestsuki-tori.

Famous for its katsuo skipjack tuna, the local food of Kochi Prefecture has a lovely simplicity to it. Katsuo no tataki is a strongly flavoured skipjack tuna dish grilled over straw while sawachi ryori is a seafood platter overflowing with Inland Sea catches. Home-style nabeyaki ramen is a unique ramen hotpot while Tosa buntan is one of the famous citrus fruits grown in the prefecture.

Almost wild in its style, Tokushima Prefecture local cuisine draws on its mountains and dynamic coastal waters for inspiration and ingredients. Kaizoku ryori, Japan's 'pirate food' is a fresh and honest take on seafood, amego no hirarayaki uses ancient stone cooking techniques while sobagome zosui is a buckwheat speciality and dekomawashi is a miso flavoured skewered heaven. 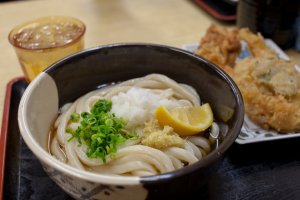 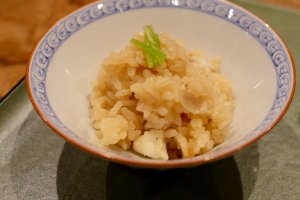 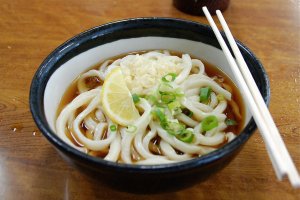 Elizabeth S 8 months ago
A friend did the 88 temple pilgrimage on foot and by bus, and eating her way around the island.
Reply Show all 1 replies

Sleiman Azizi Author 8 months ago
I'm sure there are some stories there. Would be great if readers could read about them!
Reply

Sleiman Azizi Author 8 months ago
I'd choose all of it :D
Reply

Elena Lisina 8 months ago
We live far away from any sea and don't get good fresh fish, so it's always my #1 in Japan, but other dishes are great as well!
Reply

Sander van Werkhoven 8 months ago
I'd prefer the tai meshi from that earlier picture :-)
Reply Show all 1 replies