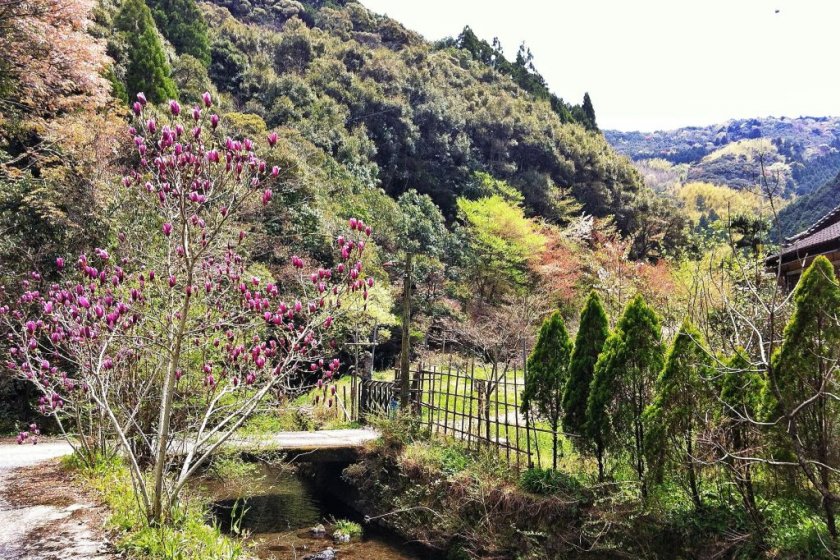 Getting Lost at Wakamiya Onsen

Some of the scenery at the base of Wakamiya Onsen

When I usually go to an onsen that is buried deep in the mountains of Kochi, it is because someone told me about it or I saw an advertisement in a pamplet somewhere. However, I discovered Wakamiya Onsen after getting lost on the scenic route to Jinzan Park in Tosayamada. I am glad I stumbled upon it, because I think that probably added a certain mystical element to my visit that I would not have otherwise had.

Heading north into the mountains to catch a back road over to Tosayamada, I ended up driving too far. There wasn't a good place to turn around, so I checked the map. There was a road coming up that would take me back down the mountain. The scenery was so beautiful on that sunny day, that I was actually quite happy to get lost.

When I reached the turn off, I remembered one thing I always seem to forget. It is really difficult to tell anything about a road from most maps. The road I imagined in my mind was much different from the narrow, steep road that now lay in front of me. At times, the road seemed like it might not be wide enough for my small car, but there literally was no turning back.

After winding my way down for quite a while through tall cedar and bamboo forests, I wondered when would come across some sign of civilazation again. At one point, I drove under the expressway that towered overhead and thought, "There goes society," as all the cars up there chose to bypass this almost inaccessible world I now found myself in.

It was at this point that I discovered Wakamiya Onsen as flags lined the road, begging me not to pass it by. I decided to comply, eventhough all I could see from the road was yet another ramp downward, facing the opposite direction (it would be much easier entering from the south).

I made my way through the gate, noticing a sign warning me of wild boars and also of their traps and if I should find myself caught in one, it was not the owner's fault. Unless the boars were really big, I thought I'd probably be alright in my car.

When I got down to the parking lot, it was surprsingly large, as was the facility. There was also a host of little Chiba dogs and said wild boar (caged) to greet me. The building was not at all what I imagined. In the middle of all of this beautiful landscape and nature was a very blocky mustard yellow building.

I went inside and had something to drink and a little snack. The interior of the restaurant area seemed in some ways new and very old at the same time. I decided not take take a bath because I didn't want to get to Tosayamada any later, but I looked at some pictures. Both the indoor and outdoor bath were quite small, but nice in a quaint kind of way. The Japanese style rooms for staying the night were also very nice looking. Apparently, they refurbrished everything in 2002.

Something about the whole atmosphere of the building and the surrounding area felt really strange. But that feeling was also nice made me want to explore a little bit more. That will have to wait for another trip, though. Next time, I will be sure to go up from Tosayamada directly.

Bad news for our boar friend in the parking lot, by the way. I saw "wild boar ramen" on the menu. That was potentially his friend. 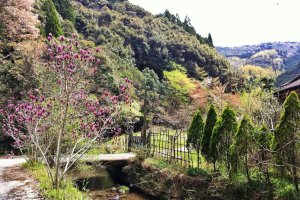 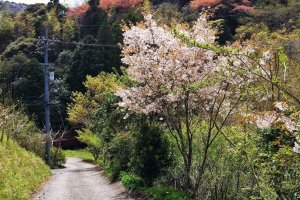 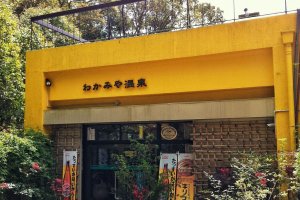 JapanTravel Guest 5 years ago
This article was compelling enough that when I went to Ehime last year, I tried to get a chance to make my way further down the island to stop specifically at this onsen. I didn't make it that time around because it was darned cold and wet -- unusual for October, but I'm going to make an effort this year. Ehime has a huge cycling event on the freeway (they close it down for a day), out of imabari, and this is an ideal opportunity to tag on a jaunt further away, to Kochi.
Reply Show all 0 replies

James Forest 5 years ago
It is a nice little place.
Reply Show all 0 replies
3 comments in total