Four airports to base your explorations from!

Shikoku is the smallest of Japan's four major islands, but that's not to say that it's short on things to see or do. The region is revered for its natural beauty, the opportunity to take part in the 88 temples pilgrimage route, traditional castles, unique local cuisine, and more. If you're looking at exploring this part of Japan, you may be wondering how to get there - and by air is a great option. The four prefectures of Shikoku - Tokushima, Ehime, Kochi, and Kagawa - each have an airport with services to major cities across Japan.

The Tokushima Awaodori Airport offers several regular domestic routes to travelers, including flights to Tokyo's Haneda Airport and Fukuoka Airport. There are also seasonal routes to Sapporo in Hokkaido and to Hong Kong. As well as operating regular civilian flights, the airport is also used as a training based for one of the Japan Self Defense Force's naval air training squadrons.

Matsuyama Airport is located less than six kilometers from central Matsuyama, and operates routes to Tokyo (Haneda and Narita), Osaka (Itami), Nagoya, Naha, Fukuoka, Sapporo, and Kagoshima. There are also international routes operating from here to Seoul's Incheon Airport via Jeju Air, to Taipei in Taiwan via EVA Air, and to Shanghai via China Eastern Airlines.

The Kochi Ryoma Airport is named after Sakamoto Ryoma, one of Japan's most popular historical figures who was born in the prefecture. The airport here offers a range of domestic routes, including flights to Tokyo (Haneda and Narita), Osaka (Itami and Kansai), Nagoya, Kobe, and Fukuoka.

The majority of flights operating through Takamatsu Airport are domestic routes, including services to and from Tokyo's Haneda and Narita airports, and Okinawa's Naha Airport. There are a smaller number of international route offerings, some of which are only seasonal, including Hong Kong, Taipei, and Seoul's Incheon Airport. 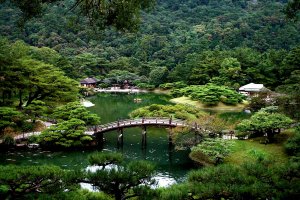 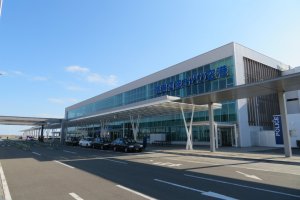 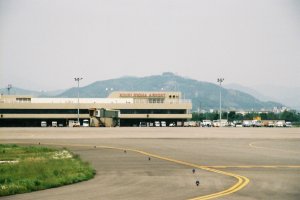