Where to find nationally registered Natural Monuments in Tokyo

Tokyo features on the nation's Natural Monument listing with twelve representatives. Ranging throughout Tokyo's southernmost location, its central wards and the western rural cities and towns, the capital's Natural Monuments are heavily tree-centred but also include ancient oceanfront limestone formations and volcanic islands. Here is a simple guide on where to find national Natural Monuments in Tokyo.

The millions of years-old weathered limestone karst formations of the uninhabited Minami-ijima Island just off Chichi-jima Island were recognised nationally as a Natural Monument in 2008.

Declared a Natural Monument in 1972 and lying as far away from Tokyo as one can be but still be in the capital, Minami Io-to Island is one of the very few islands believed to have never known human habitation.

A small but natural forest growing on the slopes of Mt. Mihara, the Castanopsis Forest is known as shiinoki gunso in Japanese and was given Natural Monument status in 1951.

The Zelkova Trees of Hakusan Shrine

Designated as Natural Monuments in 1940 and in 1996, Hakusan Shrine's two large zelkova trees are thought to be remnants of seedlings planted in the 11th century. Both trees stand around twenty metres in height with a circumference of around ten metres.

The Plant Colony of Sanpoji Pond

Awarded Natural Monument status in 1935, Sanpoji Pond and its plants have been a well known suburban site since Edo times. The pond itself is also listed as a Tokyo entry in the 100 Soundscapes of Japan listing.

The Yogo Pine of Zenyo-ji Temple

The Yogo Pine tree of Zenyo-ji Temple, elevated to national Natural Monument status in 2011, is thought to be over 600 years old with branches extending up to 30 metres. The tree is nicknamed yokozuna after sumo wrestling's highest rank.

The Zelkova Tree of Mt. Mitake

Found at height of almost 900 metres on Mt. Mitake, the 600-year old zelkova tree was awarded Natural Monument status in 1928. Nicknamed the Zelkova from the Age of the Gods, the tree stands 30 metres tall with a circumference of almost 9 metres.

The Zelkova Tree Avenue of Babadaimon

The Babadaimon Zelkova Trees was given Natural Monument status in 1924 and features zelkova trees lined up for over 600 metres north from Okunitama Shrine. The avenue the trees stand in crosses over into several districts of the city.

The Weeping Hornbeam of Sajikami Shrine

Believed to have been a gift to Sajikami Shrine, this weeping hornbeam was awarded Natural Monument status 1942. Its 5 metres of height and knotty branches give off a rather curious impression.

The Gingko Tree of Zenpuku-ji Temple

One of the largest in Tokyo, 1926 Zenpuku-ji Temple's gingko tree stands at almost 20 metres with a trunk circumference of a huge 10 metres. According to legend, the tree grew from the point at which a monk placed his cane.

The Luminous Moss of Edo Castle

Kitanomaru Park features luminous moss growing on a stone wall by the moat of old Edo Castle. Awarded Natural Monument status in 1972, the moss would not normally be found there and is thought to be a remnant from the castle's original construction. 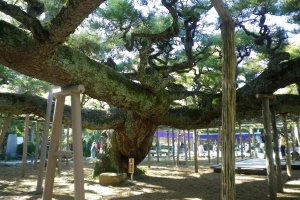 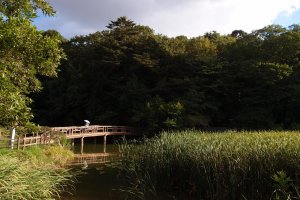 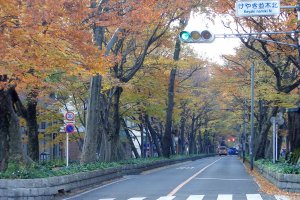 Elizabeth S 3 weeks ago
The luminous moss gets me. Does it glow in a particular season?
Reply Show all 1 replies

Sleiman Azizi Author 3 weeks ago
As far as I understand it, the moss is luminous throughout the year because of its dark location.
Reply

Bonson Lam 4 weeks ago
This is an amazing list of natural wonders. Do you have a favourite?
Reply Show all 1 replies

Kim B 4 weeks ago
Manmade structures are impressive, but nature is number one in my book - that first photo of the tree is amazing.
Reply Show all 1 replies

Sleiman Azizi Author 4 weeks ago
It's pretty amazing, right?
Reply
6 comments in total
Back to Contents