Exploring Japan through its sounds

It may take a while to visit them all but the 100 Soundscapes of Japan offer a most unique opportunity to visit and appreciate the country and culture of Japan.

You see, heading off to experience Okinawa's pristine tropical waters, the magnificence of Matsumoto Castle in Nagano or the historical elegance of Kyoto's Kinkakuji is no difficult thing. They are all stunningly beautiful, a visual treat for the eyes. But to visit a place because of its sound, well, that is a truly marvellous idea.

In 1986 Japan's Ministry of the Environment decided to do something about noise pollution and came up with the idea of creating a national list of sounds representative of the nation, its environment, culture and heritage. Putting it to the people, thousands of entries were whittled down to a final 100 sounds.

With an aim to increase awareness, respect and pride in the local environment, the 100 Soundscapes of Japan come from all 47 of the nation's prefectures and represent all four seasons, the natural world, intangible historical artefacts as well as local crafts and cultural traditions.

The rhythmical wood clapping of traditional ramie weaving from Showa village in Fukushima is listed. So too are the steam engines from the Yamaguchi Line running between Yamaguchi and Shimane prefectures. Water is strongly featured with Tateyama's Shomyo Falls in Toyama prefecture and the sounds of Rurikei stream in Kyoto.

Culturally significant events like Tokushima's Awa Odori Festival and the horse festival's Bells of Chagu Chagu Umakko in Iwate are listed. Kumagaya in Saitama prefecture features its Arakawa River insects singing their summer songs while the cicadas at Yamadera in Yamagata, immortalised in Matsuo Basho's famous poem, do the same.

There is, of course, much more to this list than the sounds mentioned. Animals, plants, oceans, and local life are all represented. But even the 100 sounds themselves can only ever be a small proportion of the many more that are possible.

Even if you can't get to all of the sounds listed, you can still take full advantage by creating your own list and listening to the Japan - if not the world - that is around you. 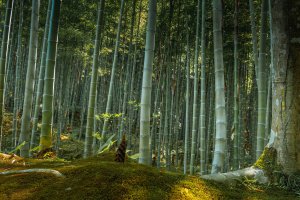 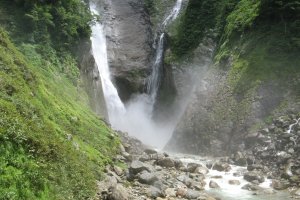 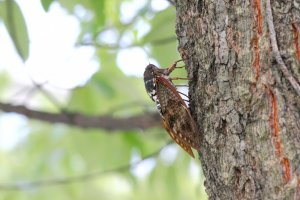 Lynda Hogan a year ago
Phew, Saitama got a mention. Often it doesn't! I had never heard of these soundscapes. Thank you so much for introducing them to me. I will definitely try and incorporate some of these to future trips.
Reply Show all 2 replies

Lynda Hogan a year ago
We maybe the only two people who feel that way!!
Reply

Elena Lisina 2 years ago
I also wonder if tere are many singing birds in woods? Here in spring if you go to a wood it 'rings' with numerous birds, but by autumn they calm down.
Reply Show all 1 replies

Sleiman Azizi Author 2 years ago
It would depend, I think, on which woods you visit.
Reply

Elena Lisina 2 years ago
I've never seen or heard cicadas in my life yet! Crows in Japan produce different sounds than Russian crows - I found it interesting. Japanese sound like a laughter! :D
Reply Show all 3 replies

Kim 2 years ago
Cicadas to me are the sound of summer in Japan! If you are visiting soon you might get to hear them!
Reply

Sleiman Azizi Author 2 years ago
Even if you don’t recognise them, being in Japan during summer means you have heard them.
Reply

Elena Lisina 2 years ago
They're not everywhere? Of course, I don't expect cicadas in the center of Tokyo! : )
Reply

Elizabeth S 2 years ago
When planning trips, I often glance at this list.

Two of my favorites on the list are the Bell of Time at Kawagoe City and the Toyohashi waterfall bridge at Sawara City.
Reply Show all 1 replies

Sleiman Azizi Author 2 years ago
It's a fascinating read. I'm partial to the sounds of crafts.
Reply

Kim 2 years ago
This is such a unique way of promoting tourism!
Reply Show all 3 replies

Sleiman Azizi Author 2 years ago
I really am impressed by the concept and what it represents.
Reply

Kim 2 years ago
Yes - seeing the world in a different way can be a really nice thing. I don't think I've ever heard of another place globally putting such an emphasis on sound. One of Niigata's is the sound of geese at a pond if I'm reading it correctly!
Reply

Sleiman Azizi Author 2 years ago
You're reading it correctly!
Reply
15 comments in total