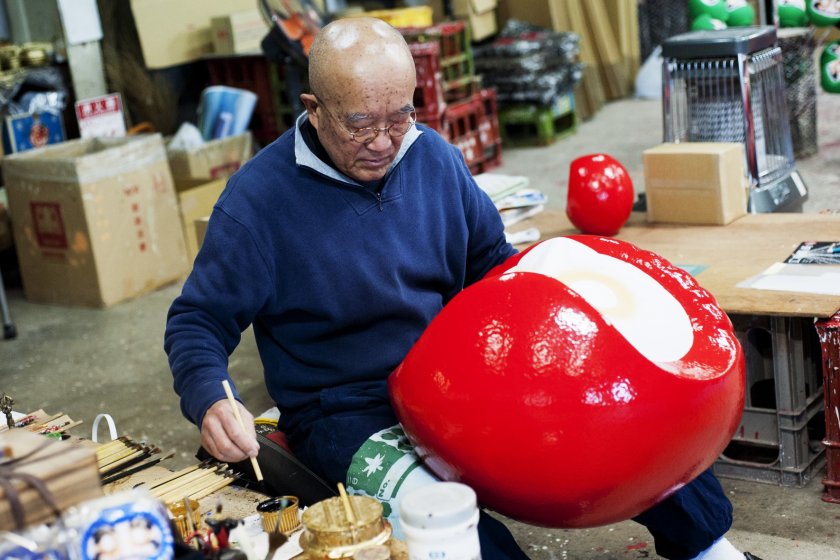 Daruma dolls can make your every wish come true

The symbol of Gunma prefecture is for sure the traditional Daruma doll. Everywhere in the prefecture, in shops, stations, hotels, you will see a Daruma doll. This traditional artefact is famous for making every wish come true: people make wishes, and Daruma dolls give them emotional and moral support, and they will be there for them until their wishes are granted.

The history of this valuable cultural craft began about 200 years ago, when a farmer named Tomogoro Yamagata used to make Daruma dolls in winter, when he was not too busy on his farm in Toyooka village of Takasaki. Later, many farmers in the Toyooka and Yawata areas started to make and sell the dolls at the New Year's Festivals at Shorinzan Daruma-ji temple and other nearby places.

The technique of making Daruma dolls has been unchanged for 200 years, as has their unique shape, a sturdy body clothed in a red robe, with big wide-open eyes and closed lips. Thick eyebrows and a mustache are hand-painted on, in the respective shapes of a crane and a turtle, animals that are believed to have a very long life, and a lucky fortune in kanji characters is painted on in gold. Not all Daruma dolls are identical, with different colors and different details denoting different purposes: for good business, for well-being of family members, for long and lasting prosperity, for success in childbirth, for best wishes on a happy occasion, for wishing victory.

When people buy a new Daruma doll they entrust their wishes to it, painting a black pupil in the left eye. After the wish has been fulfilled, they show their appreciation by painting in the right eye. Once the doll has fulfilled its role, it should be burned in a ritual at Shorinzan Daruma-ji temple in Takasaki, or at another local shrine or temple.

Close to Shorinzan Daruma-ji, there's a very big and interesting shop called Daimonya, specializing in the production and sale of Daruma dolls; the president, Junichi Nakata, is a traditional craftsman and designer of dolls. In Daimonya you can find every kind of doll you are looking for, of every size, colour and purpose, and not only that, you can also make your own Daruma doll, and make your own wish upon it. You can join a Daruma painting workshop to paint the pupils and beard of a 12cm tall Doll, with the help of Mr Nakata, who will guide you through the painting techniques step-by step. The workshop costs ¥800 per person and lasts about 30 minutes. 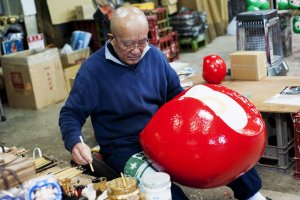 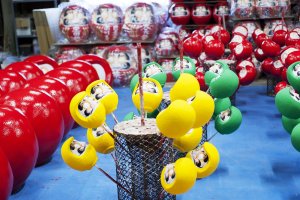 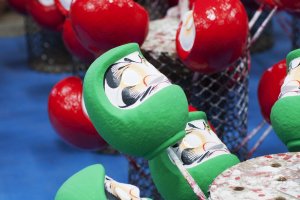 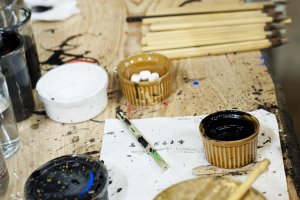 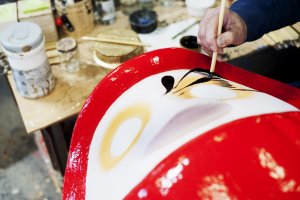 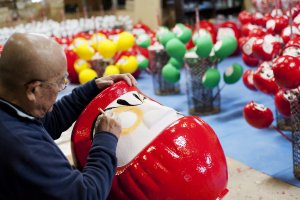 Kim B 5 months ago
That would be such a neat experience!
Reply Show all 0 replies

Elena Lisina 3 years ago
As a doll artist, I'd like to try!
Reply Show all 0 replies

Joseph Bautista 3 years ago
Getting to make your own Daruma sounds nice. I should wish to Daruma to make my own Daruma :P
Reply Show all 0 replies
4 comments in total