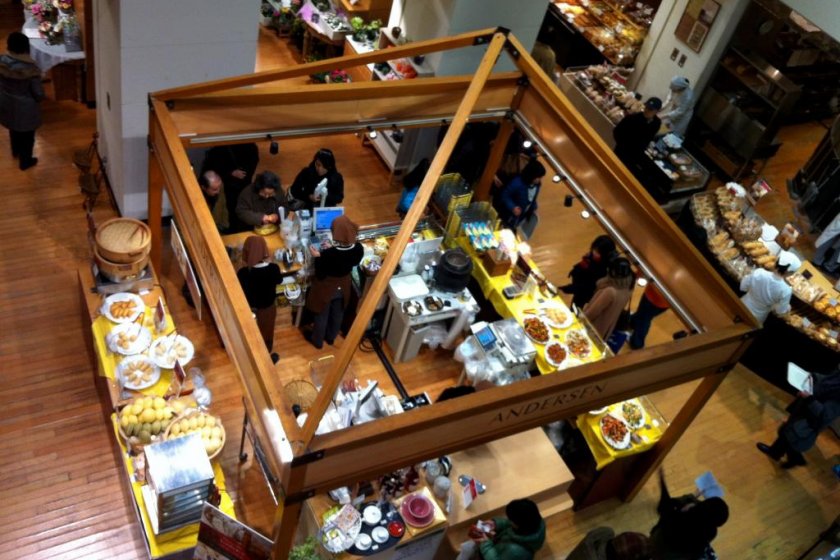 A kind of gourmet food department store on the Hondori covered shopping arcade, Andersen is one of Hiroshima’s best loved commercial institutions. The go-to place for something special to take along to a dinner party, it’s also great for picking up the components of a delicious picnic to enjoy by the river, in Shukkei-en Garden or below the walls of Hiroshima Castle.

On the first floor can be found a cafe that’s perfect for people-watching, one of the best bakeries in Hiroshima, a Jean-Paul Hevin chocolaterie, a florist, and a gourmet food market and delicatessen. Upstairs on the second floor is the Andersen Kitchen, a high end cafeteria with a wide selection of foods available. Prices do tend to be higher than average, but quality is high.

The building dates from 1925 and was originally used as a bank, serving as the Hiroshima branch of the Imperial Bank at the time of the A-bombing. Despite the roof and ceilings, as well as the 20 or so staff in the building at the time, succumbing to the blast, much of the reinforced concrete building survived relatively intact. There was some discussion as to whether to preserve this building instead of the Industrial Promotion Hall (now known as the Atomic Bomb Dome) as a memorial, but it was restored and used once more as a bank until the 1960s.

In 1967, the building was bought by Hiroshima based Takaki Bakery with the intention of using it to house their new flagship store. Company founder, Shunsuke Takaki, had fallen in love with the pastries of Denmark on a study trip to Europe several years earlier and set about replicating them for the Japanese market on returning to Hiroshima. After initial doubts about whether to use the original Hondori building or to rebuild it, Takaki and his wife were inspired by the historical buildings being repurposed that they saw in Europe. They decided on refurbishment and named their new store “Andersen” after the famous Danish story-teller.

The Danish connection has grown stronger and stronger over the years. The company has been sending staff to Denmark for specialized training since 1966, their stores have received visits from the Danish royals and the Hiroshima store even serves as an office of the Danish Consulate in Japan. 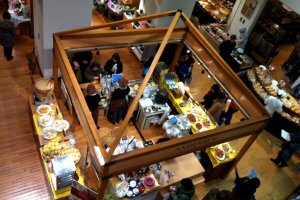 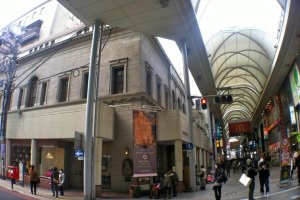 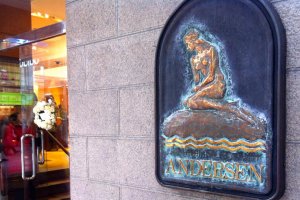