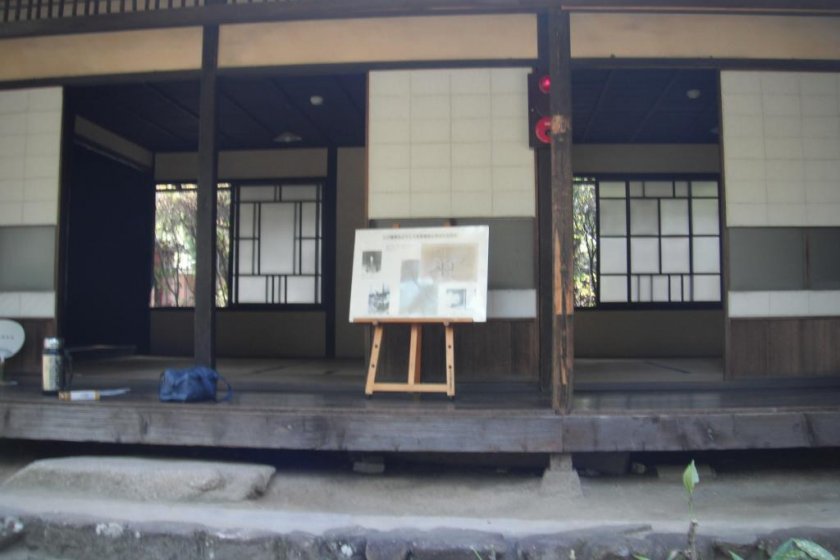 An historic collection of buildings and residences

Kure is a city famous for its maritime tradition and was once one of the biggest naval bases in the east before the Second World War when the city was reduced to ashes through periodic bomb attacks.

Kure's part in the war is detailed in the Yamato Museum closer to the port where you can learn of the history of the city's naval base and ship building prior to and around the time of WWII, see many scale models of ships built in the area and learn of the science behind ship building technology.

In contrast the Irifuneyama Memorial Museum is a small complex made up of several buildings and residences, most of which are at least a century old, and some of which were moved from their previous locations to join the main building already situated here; the residence of the Commander-in-Chief of the former Kure Naval Station.

Upon entering the main gate, turning left will lead to a small rest house where Admiral Togo lived when he held the post of the commander of Kure Naval Station (1890-1891). This is one of the buildings moved from its original position. It is a traditional style Japanese rest house and the sliding doors were open so that I could see the tatami rooms inside.

Continuing up the path just inside the ticket office is the clock tower of the former Kure Naval Arsenal which was moved here in 1971. It apparently emits a pleasant melody every hour on the hour, but I wasn't there long enough to hear it.

Further up the path is the powder-magazine building built in 1899-1902, moved here from Takagarasu battery. There is an exhibit inside of historical paintings of Kure City by artists born in the city and the colours and textures in some were amazing enough to keep me in there quite a while despite the fact I was boiling and there was no aircon.

Further up the hill on the left is the local history museum with an historical exhibit of materials of the former Kure Naval Station. There are no English descriptions in here but the material is still worth a look.

At the top of the hill is the main attraction; the residence of the commander-in-chief of the former Kure Naval Station which was designated an important cultural asset of Japan in 1998. This beautiful building marries Japanese and Western styles and as you walk around inside (remembering to leave your shoes at the door) you will see plenty of traditional Japanese elements such as the tatami rooms and wooden carvings until you suddenly come upon a section of the residence reminiscent of a Victorian English house.

This is a parlour and living room with expensive highly decorative furniture and gold relief wallpaper similar to that used in Buckingham palace. The contrast between the over -the-top decorative western style and almost austere Japanese style is striking and I found myself walking around the house again for a second look.

The final building is the Kure Municipal Museum of Historical Materials and Modern Archives which is used to collect and preserve important historical materials of the province. There is a some material in here without English descriptions and also a large bay window facing out onto the city with views of the mountains. I was lucky enough to see an eagle making a trip down into the city while gazing at this view.

For those interested in naval history and traditional style Japanese buildings, this museum is definitely worth a trip. 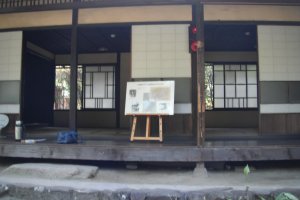 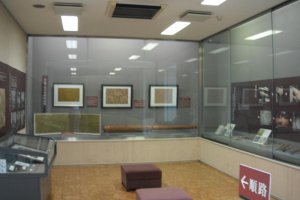 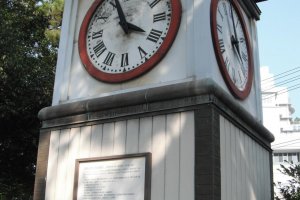 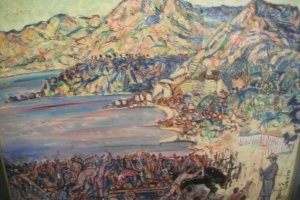 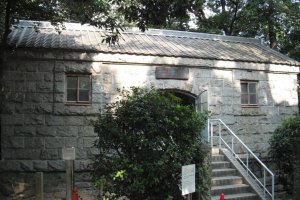 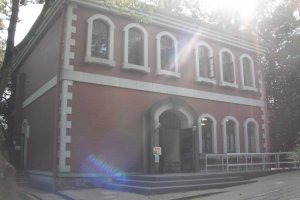