A mini Tsukiji Fish Market in the heart of Sapporo

The Nijo Fish Market in Sapporo is what Tsukiji Fish Market is to Tokyo. Even though it is much smaller in size, it’s still a great place to get fresh seafood and local produce right in the heart of Sapporo.

What the Nijo Fish market lacks in size, it makes up for by convenience. It is located only two streets south of Odori Park, the east-west median of the city of Sapporo. From my hotel, Hotel Pearl City Sapporo, which was near Sapporo station, the Nijo Fish market is a comfortable 15-20 minute walk.

Fresh salmon, fish roe, crabs, sea urchins can be purchased here. The Nijo fish market is also one of the few places in Japan where bargaining is acceptable; feel free to try and bring the prices down. The prices between restaurants also vary so I recommend checking out the prices at a few restaurants before deciding on one.

When you are at the Nijo Fish Market, it is recommended that you try the uni-ikura don for breakfast. As I don’t really know how to appreciate uni, I decided to go for the simpler option of salmon ikura don.

I chose a restaurant named Ohiso, as it was the only restaurant that offered the option of a “mini-don”. It was also the most crowded on a quiet Tuesday morning. The portion of the mini don was very generous in my opinion. In addition, the salmon was soft and very fresh with the ikura (salmon roe) tasted absolutely as delicious as it looks. If you had never tried ikura, it’s a Japanese experience that you should not miss!

It is also possible to try those huge crabs that Hokkaido is so famous for at the restaurants in Nijo fish market. Coming from Southeast Asia, I’m familiar with Sri Lankan crabs, which are typically cooked with a strongly flavored sauce, for instance, chili sauce, or black pepper sauce. In comparison, crabs in Hokkaido, being bigger, have a sweet, flavourful taste without any extra sauces, so the restaurants typically prepare them by simply boiling or grilling.

One frequent gripe about the Nijo Fish market is that it is overly touristy and as a consequence, items may be overpriced. However, I feel that its accessible location sufficiently compensates for it as there is no need to spend on transport costs to go to the Curb Market, which is Sapporo's largest fish market near Soen train station. That said; don’t be afraid to bargain in Nijo Fish Market to get your money’s worth!

The market typically opens at 7 am and closes at 6 pm and individual restaurants may have their own opening hours. 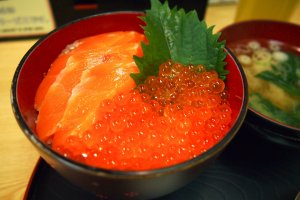 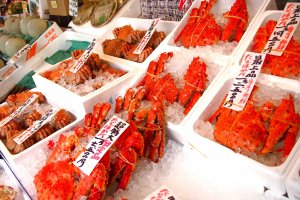 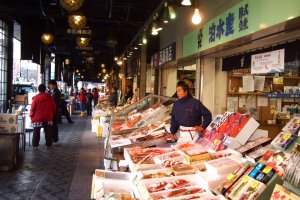 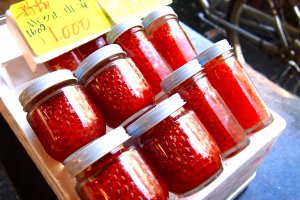 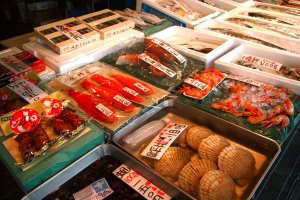 Kim a year ago
Places like these are so fun to explore!
Reply Show all 0 replies

Novia Mardasari a year ago
It's must to visit this place in the morning and try to have breakfast :)
Reply Show all 0 replies