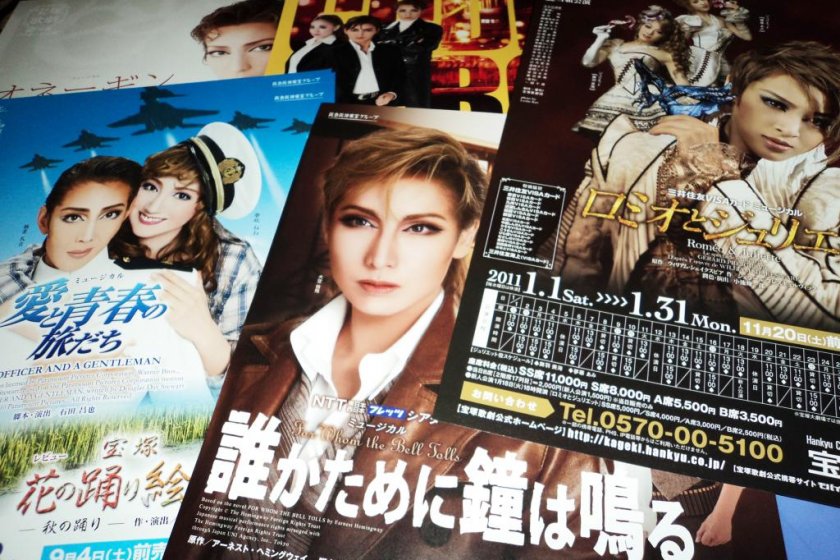 A Visit to the Takarazuka Theater

The Takarazuka Revue is a Japanese musical theater troupe restricted to female performers. It was founded in 1913 by Ichizo Kobayashi, a famous businessman, the president of Hankyu Railways. The theater is located in the city of Takarazuka in Hyōgo Prefecture. Kobayashi thought it would be a good idea to start a theater company there to attract visitors to Takarazuka, which was the terminus of the train line.

The all-female troup was a response to the Kabuki theater, which features only male performers. Even today, entering the Takarazuka Revue demands commitment from young women. They must train for two years in the competitive Takarazuka Music School. Thousands of women across Japan try to enter every year. Only around 40 to 50 will be selected and trained. The training consists of music, dance, and acting classes. Once they graduate, they will be given a seven-year contract. This school is also very strict. The younger and newer students are expected to clean the theater every day. After the first year of training, students will be divided in two groups. Some will play male roles, Otokoyaku, and the others female roles, Musumeyaku. Women selected to play the male roles will have to learn how to act in a masculine way and learn how to speak like a man. The will also have to cut their hair short. Finally, students are eventually separated into five distinctive troupes: the Flower, Moon, Snow, Star, and Cosmos troupes. After their seven-year contract, performers have to negotiate a new contract with the company.

In 1914, the Takarazuka Revue had its first performance. Since then, they built their own theater in Takarazuka and another one in Tokyo. Every year, the Revue performs in front of more than 2.5 million spectators. Most fans of the revue are women. Indeed, the Otokoyaku performers represent an idealized man which cannot be found in the real world. Many argue that those performers offer an escape to Japanese women from the strong patriarchal Japanese society. The biggest fans of the Takarazuka Theater are also members in fan clubs. Multiple clubs, sometimes dedicated to only one performer, are extremely popular among fans.

For those familiar with Osamu Tezuka’s manga, it is interesting to know that the theater had an influence on his work. This famous artist grew up in Takarazuka. His mother sometimes brought him to see performances by the troupe. The Takarazuka influence can especially be seen in his work titled "Princess Knight," in which the main character has both a male and female heart. A museum dedicated to Osamu Tezuka's work is located close to the Takarazuka Theater. If you are a fan of his work, make sure to go visit it.

The Takarazuka Theater offers colorful and melodramatic performances. Costumes are always spectacular and the orchestra plays beautifully. The theater is inspired by manga, anime, video games, and even American Broadway shows. There is something for everybody.

* It is not possible to take pictures during performances.

* There is a small souvenir shop where you can buy official goods from past and present shows. 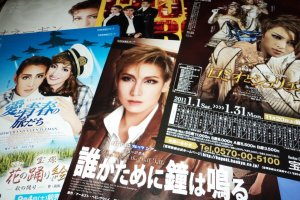 Jihad Mahmoud 4 years ago
This is still on my bucket list. I want to attend one so badly!
Reply Show all 0 replies

Olga 5 years ago
I know that Japanese obaasans like Takarazuka, is it popular among younger people as well?
Reply Show all 2 replies

Ariane Mignault Author 5 years ago
I do not think it is very popular among young people. Most people attending where retired or housewives. It is however a nice experience for foreigners :)
Reply

Anne Lauenroth 5 years ago
When I went this summer, the audience was mostly made up of middle-aged women and school girls, but it was a morning performance in the school holiday season, so it might not have been representative and could be different in the evenings.
Reply

Kiddee Burakitbumrung 6 years ago
When I was a home stay in Saitama, my host family introduced me to Takrazuka Revue. I actually would like to experience the performance live someday. Is it hard to obtain the ticket? Last year I have been following news and activities in Takarazuma quite obsessively because I saw Pretty Guardian Sailormoon La Reconquista. They use all female casts (especially the cast from Takarazuka) and I am totally in love with the performance of Yuga Yamamoto (play Tuxedo Mask). She is so good!!!!!
Reply Show all 0 replies
5 comments in total