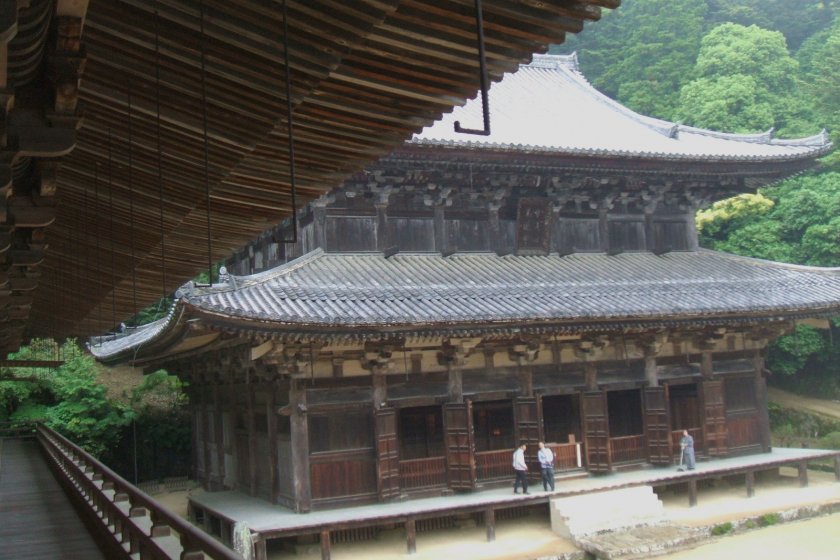 One of the sites for the Last Samurai

Everyone is aware of the big beautiful castle in Himeji. When traveling to the city it is very hard to miss. However, Himeji has other great places to see, one being Engyoji Temple. The city is the second-largest in Hyogo prefecture and sits on the inland Sea of Japan with the Chugoku Mountains located just north of the city.

We arrived in the early evening and stayed near Himeji station at a very nice JAL hotel. If you have accumulated a lot of air mileage and are part of the One World frequent flyer program then use some of those points to stay at JAL Hotels. They are very convenient to transportation and offer friendly service with high-quality accommodations.

We walked about two miles from the hotel to the Kamaeyama area for some conveyer belt sushi. This one was a little different in that you used an automated display at your table to order your dishes. It was very reasonable and of course tasty.

In the morning we headed to Mt. Shosha ropeway, and at the top boarded a bus for a very bumpy ride to Engyoji Temple complex. The main attraction is the three wooden temple halls known as “Mitsunodo.” You will know this place as one of the sites used to film The Last Samurai. There was an elderly monk who spoke fluent English and he explained the history of this magnificent 1000-year-old temple. He told us Engyoji is a temple of the Tendai sect and was founded by Shoku Shonin in 966. Nine of the fifteen buildings are designated as Important Cultural Property of Japan and several contain cultural treasures dating back to its inception. Former owners of Himeji Castle are buried in the graveyard near the main temple. The complex also has many beautiful wooded trails and a spectacular view of the Himeji area. We walked several trails - it was so peaceful and quiet we did not want to leave.

We then rode the ropeway back down to a small old style café where we ate dango, a Japanese sweet. The walls were covered with pictures of Tom Cruise and Ken Watanabe who stopped here to eat during the filming.

Our next stop was the World Heritage Himeji Castle, At the time of our visit, it was undergoing restoration and has since reopened. It is known as the White Heron Castle because of the bright white color. The castle was built over 400 years ago and is one of the few original still standing in Japan. On most weekends there is the possibility of meeting the Ninja Himeji Castle Armored Group.

We plan on returning soon to take the castle tour. Himeji also has Kokoen Garden adjoining the castle where many TV dramas are filmed. The city has a zoo, aquarium, several museums including the Japan Toy Museum, and Harimanokuni shrine.

One of the things I really liked when visiting Himeji was the slow-paced atmosphere where you can take your time without all the hustle and bustle that many of the larger cities seem to display.

With both Kobe and Himeji being part of Hyogo Prefecture you need to plan several days touring this area. 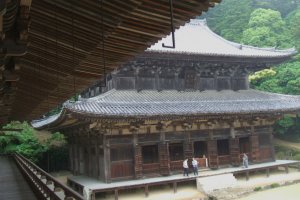 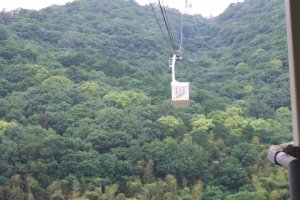 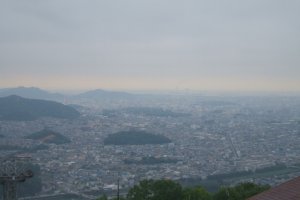 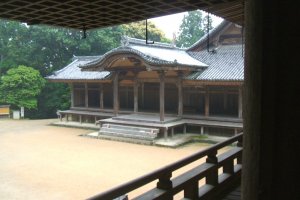 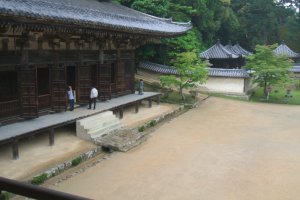 Elena Lisina a year ago
I wanted to follow the same route, but had to change plans. Someday I hope to make it! Thanks!
Reply Show all 0 replies
1 comment in total