Where nature and technology meet

If you happen to be a manga and anime lover who also loves being outdoor, then Nijigen no Mori is definitely the place to spend your day. Even I, who only know the tip of the manga and anime iceberg, had an enjoyable time exploring this park. It is situated in Hyogo's Prefectural Awajishima Park in the northern hills of Awaji Island. The name in English means "two-dimensional forest", but Nijigen no Mori definitely has much more to offer than simply picnicking in its vast park or hiking the forest.

During the day, take a stroll along the trail of trees, hydrangea and wisteria flowers. Don’t forget to take pictures with Shin-chan in all of his silly signature poses; from squatting in a sheep costume to holding his pee while showing his bare butt. It sure was a walk down memory lane for me as I used to watch Crayon Shin-chan every Sunday morning. For the adrenaline junkies, the park also features 7m high obstacle courses and a pair of 210m and 130m long ziplines across the pond. Be ready to get wet if you decide to go on the zipline as other visitors can spray you with giant water guns near the finish line.

After sunset, get your walking shoes ready and immerse yourself in the story of "Hinotori", a popular manga by Osamu Tezuka, the same man who created Astro Boy. At the beginning of the walk, you will be equipped with a map and a flashlight to guide you through the 1.2km trail in the forest.

The park utilizes light projections and animation on its surroundings, as well as sound effects to make the forest seem alive. They use them to create different ambiences throughout the walk. Some parts are frightening, while others are magical. You will meet with some "locals" along the way who will explain the story and ask you to interact to make you feel like you are part of the Phoenix story. Even though the only explanation available so far is in Japanese, I could still get the gist of the story despite being a non-Japanese speaker.

From March 2018, visitors can also camp overnight in Nijigen no Mori. There will be around 20 glamping (glamorous camping) style cottages ready for bookings with a view of Akashikaikyo Ohashi Bridge and Kobe City.

1. From the "Awaji interchange front" intersection Route 157, head towards "Hanasakiji" for about 700m.

3. From the port by shuttle bus to Nijgen no Mori. 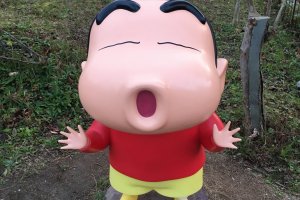 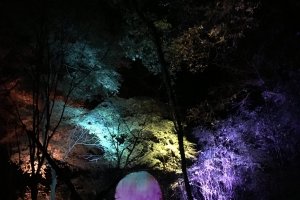 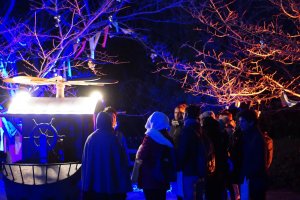 Win Yenphrapai a year ago
Wow! Looks like it's worth the money!
Reply Show all 0 replies
2 comments in total