The first stop for pilgrimage in Awaji-shima

It is said that Mount Sakiyama was the first mountain created by the gods and that Kannon founded the temple there as she took the shape of a boar.

It was on a windy winter day when my friends and I set out for Senko-ji Temple on Awaji-shima. It was cold, indeed, but Awaji-shima is never under 0°C and there is always this smoothness in the air that charms the lungs.

Driving all the way through a narrow green road that was already rather steep, we arrived at the small parking space that marked the beginning of the walking path. Surrounded by the forest, we set on a small path along beautiful abandoned houses before arriving in front of a giant and mossy tree next to the first altar.

This was where the true ascension began. An easy flight of rocky stairs led to the first gate. And after that gate, we found an old house, a smiling old woman and welcoming cats. We had a nice chat and some purrs before a second flight of stairs led us to a lonely viewpoint to behold the valley below. Such a view on Awaji is certainly rare, especially in such silence. I had such a strong feeling as I overlooked the island!

Then, after another easy stairway, we arrived at the temple. Welcomed by two imposing guardians (and their amazing sandals), we passed the great gate and could enjoy the chalk-white bell tower and a three-storied pagoda.Then, following the central path surrounded by mossy graves and statues, we arrived at the peaceful temple where gold ornament bathed in incense.

It felt like we had made a small pilgrimage going through the world of living beings, the sky and, now, the god’s domain. The road was not tiring at all, the view was more surprising at each stage. The final treasure was worth the trip.

As we went back, we stopped again at each stage. The guardians, the view, the grand mother and her cats. We could really feel the mystical Buddhist spirit surrounding us. Our visit took less than two hours but it felt like we were gone for a day.

It is a 15-minute taxi ride from the Sumoto bus terminal to Senko-ji Temple. If you're travelling by car, get off at the Sumoto Interchange of the Kobe Awaji Naruto Expressway. The temple has a parking lot with a capacity of 20 cars. 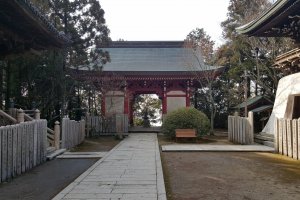 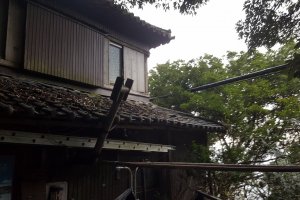 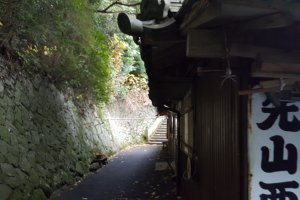 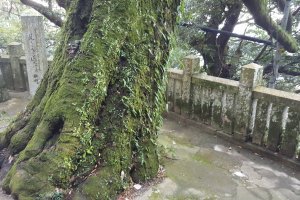 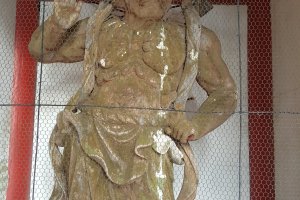 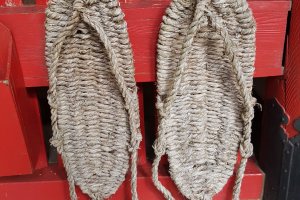