Top 5 Things to Do in Hyogo

Hyogo Prefecture is nestled in the heart of the Kansai Region, and with so much variety in seasons, destinations and geography is often characterized as being Japan in miniature form. Mistakenly overlooked by pop-culture tourism locations in the neighboring Kyoto, Osaka and Nara Prefectures, Hyogo is an alternate trip along the golden route with ancient castles, secret onsen villages, coastal cities, and the highest quality beef in the world from its capital in Kobe.

With snow-covered mountains in winter, beautiful beaches in summer, springtime flowers and vivid autumnal leaves, Hyogo is a delight in each of Japan's distinct seasons. The well known areas of Kobe and Himeji are located along the coast to the south. In the Takeda area to the north there are few international travelers, leaving the region's mountains, wildlife, hot springs and coastal areas free of crowds to those willing to venture off the beaten track. No matter the region or the season, Hyogo is a destination worth exploring.

Here are a few of the top 5 things to do in Hyogo, in no particular order:

If you only see one castle in your life, put this at the top of your list. One of the world's most famous, the "White Heron" castle in Himeji needs very little introduction. After several years of restoration works to restore it to its original grandeur, Himeji Castle once again stands proudly on top of a hill called Himeyama, where it has existed for over 400 years. Although spectacular at any time of year, in cherry blossom season and the autumn color cycle it is quintessential Japan.

Constructed from wood, not stone, it is named the White Heron due to its white plastered earthen walls that help to make it fireproof. Built by Regent Toyotomi Hideyoshi in the late 16th century, the first castle was destroyed by Ikeda Terumasa, a feudal lord under the Tokugawa Shogunate in 1600, who built this new fortress over eight years. Himeji Castle is comprised of 83 buildings and has a highly developed systems of defensive design, similar to a maze.

The best thing about Himeji-jo is that it really looks, feels and smells authentic as most of its significant features have been preserved. Himeji-jo is a triumphant survivor and example of early 17th century Japanese castle architecture. Virtually unaffected by natural disasters and war, it is quite fortunate that this magnificent structure still stands, protected for future generations to enjoy.

Engyoji Temple is a complex of Buddhist buildings in Himeji. It’s famous for its long history, outstanding architecture, beautiful autumn leaves and for being the filming location of The Last Samurai. Perhaps the best kept secret about this place is the spirituality and peace that is felt upon arrival.

Founded in 966 at Mount Shosha by Shoku, a holy Buddhist priest, Engyoji Temple still conserves the authenticity and spirituality of centuries ago. It is said that Shoku was enlightened by the God of Wisdom and Intellect informing him that anyone who climbed the mountain would be purified. Engyoji is temple number 27 out of the 33 of the Saigoku pilgrimage.

There are more than two dozen beautiful and historical buildings inside the complex. Each of them has a special architecture, a deep historical importance, and a spiritual influence. Take your time to visit and truly enjoy each of them.

Kobe is the fifth-largest city in Japan and the capital of Hyogo Prefecture. Its long history as a port city, concentration of multi-national companies, and reputation as a cosmopolitan city make it a popular tourist destination in the Kansai Region.

Sannomiya Station, the main station in downtown Kobe, is surrounded by shopping and business high rises. Sentaa-gai, or Center Street, is a popular covered shopping street that starts just south of Sannomiya Station and runs west into the Motomachi district. Nankinmachi, Kobe's Chinatown, is one of three Chinatowns in Japan with brightly-colored, Chinese decorations and architectural elements.

One of Kobe's most often photographed areas is Harborland, home to a Ferris wheel, a number of seaside shopping centers, the Oriental Hotel, Hotel Okura, and Kobe Port Tower. Harborland is the perfect spot to take in summer fireworks. Kobe, not unlike Hyogo Prefecture, is a city that really has a little bit of everything. It's a great place to take in some wonderful sights, do some world-class shopping, and have a great meal.

Kobe is the fifth-largest city in Japan and the capital of Hyogo Prefecture. Its long history as a port city, concentration of multi-national companies, and reputation as a cosmopolitan city make..

It's simple word association: I say Kobe, you say beef. If you are in Hyogo it would be unheard of not to sample its finest cuisine, and there are a range of restaurants and prices within Kobe where you can indulge yourself. Everyone should try this luxurious succulent steak once; head to Wakkoqu for the full experience, or Wanto for a budget-friendly burger option.

Kobe's other culinary treat is located in Nada, a ward of Kobe, which has been famous for hundreds of years as one of Japan's best sake producers. Age-old tradition, ideal weather conditions, and Kobe's famous spring water create a winning combination for superior sake. There are many local breweries in eastern Nada that explain their brewing techniques to the public and offer free sake tastings.

Hyogo's northern coast has beautiful beaches and the even more relaxing traditional onsen town of Kinosaki. Head here to fully relax in traditional Japanese baths, rejuvenating in all the hot mineral-rich water you could desire. Be sure to find a traditional Japanese ryokan lodging if you really want to complete the experience. For sea lovers, Kinosaki Marine World is another popular attraction in the area. If you don't have enough time to go north, Arima is another lovely onsen town just outside of Kobe.

Kinosaki is an onsen hot spring town located in Hyogo's Toyooka area, centred around a picturesque, willow-lined canal. It is a popular getaway destination for those looking to relax and unwind... 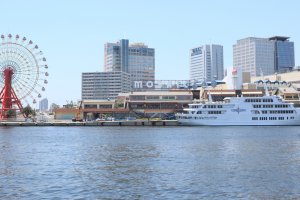 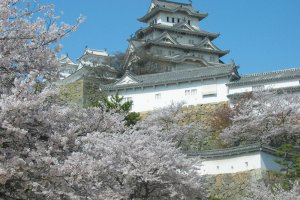 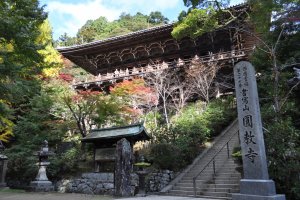 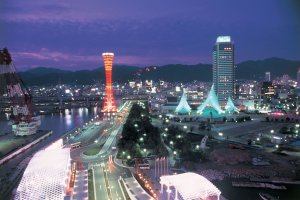 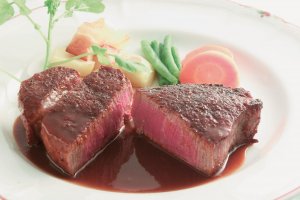 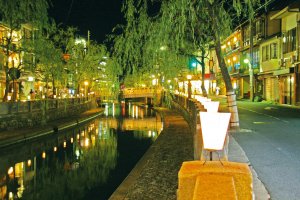