Journey to the beautiful flower park from a small town

Once I came across photos of endless blue fields in Japan, I immediately thought I must see that! I discovered that I could find those fields in Hitachi Seaside Park, located in Ibaraki Prefecture, which isn’t very close to Tokyo. To get there as early as possible, I decided to stay in a hotel in Mito and thought it was a good decision!

Mito is very quiet small town. For me, I thought it was a “Swan town!” Right behind the hotel I found a very nice walking path between two small rivers. There were so many swans in the area – black, white, babies and female swans sitting in nests. They felt at home and were never distracted, nor were they afraid of the people at all. I was amazed as I had never seen so many swans living like this in a single town! I walked along the rivers, watched the swans floating and caught a beautiful sunset.

The next morning, I went to Hitachi Seaside Park by train to JR Katsuta Station and then by a bus to the destination. I visited in the month of May and it was the best time to see those “blue fields” of nemophila flowers. The sight was just wonderful!

From the very entrance I understood that the park was very popular as it was crowded with people. There were many families with kids, couples, and many people with dogs. Besides nemophila, there were fields of daffodils. Tulips also bloom at the park, but they were already gone. Spending a half-day at Hitachi Seaside Park was more than enough time, and so I hurried back to Mito as it started to rain.

Mito is the home to Kairaku-en, counted as one of the “Three Great Gardens of Japan.” Kairaku-en was created in 1842 and now its botanical collection includes 3000 plum trees of about 100 varieties. The month-long Mito Plum Festival starts in the end of February, so I was late to see the blooming plum trees. However, Kairaku-en can be enjoyed during any season. During my visit, I was able to view beautiful azalea bushes and a bamboo forest, and I also spent time at the Kobuntei House. That was a rather spacious traditional Japanese house with delicate paintings, different in every room. After the rain stopped, Kairaku-en was very bright and beautiful. 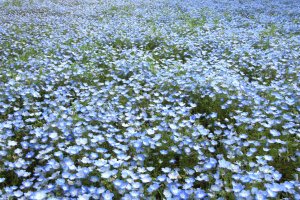 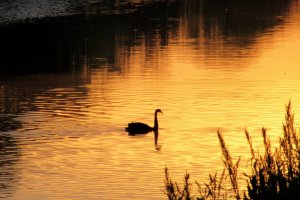 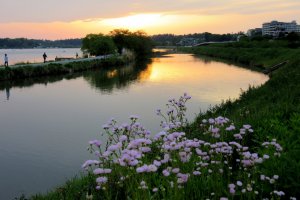 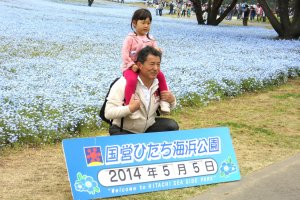 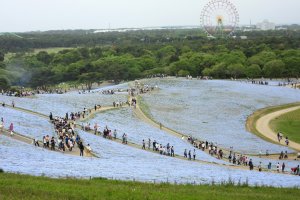 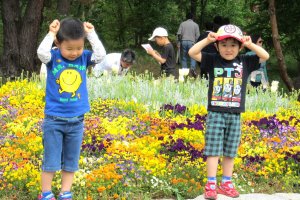 Kim B a year ago
I love this park! It's such a beautiful spot. I feel like it's getting more and more popular every year with tourists!
Reply Show all 1 replies

Elena Lisina Author a year ago
It's also beautifl in autumn!
Reply

Elena Lisina Author 3 years ago
Yes, but you have to catch the right time - the end of April is best of all. In autumn it looks very different, but also beautiful! :)
Reply
6 comments in total