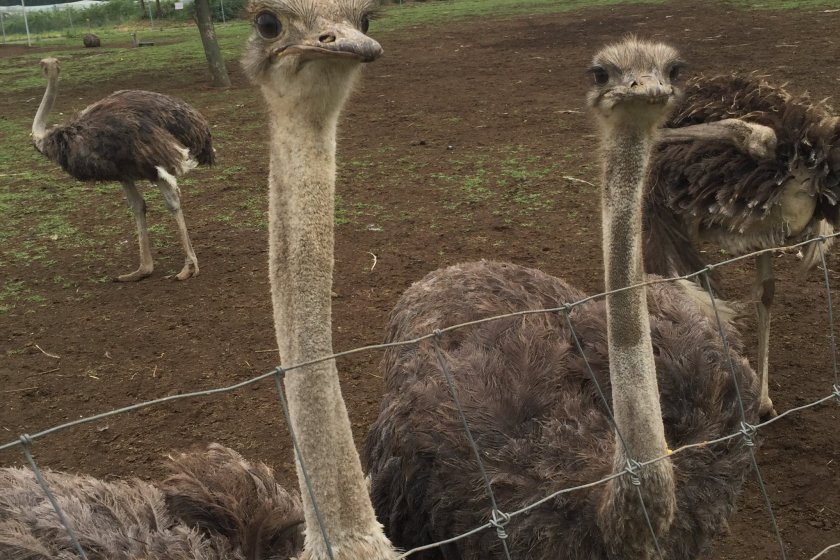 Ostriches and more at this farm in Ibaraki

There are over 1000 ostriches at the farm - here are just a few saying hello! (Photo: Kim B)

If you have little ones who love animals and you're looking for a fun day out in Ibaraki Prefecture, the Ishioka Farm Ostrich Kingdom is well worth a visit. There are over 1000 ostriches on-site here (the largest number of ostrich species in all of Japan) and a host of other animals too, including alpacas, capybaras, guinea pigs, chicks and goats. There are also plenty of opportunities for children to interact with the animals, including the chance to hand-feed rabbits or milk cows.

If you do get hungry yourself, the farm has an on-site cafe with a range of different eats on offer, but there's one catch - many of the dishes are made with ostrich meat, which may be a little confronting after you've been interacting with the animals. There are ostrich burgers, ostrich meat curries, omelets made with ostrich eggs, ostrich hot dogs and more. You can even buy ostrich eggs to take home and cook.

From June until September, the Ishioka Farm Ostrich Kingdom also has an area where you can pick fresh blueberries. You can either enjoy them while you're there (they offer hour-long all-you-can-eat sessions) or take what you've picked home with you for 200 yen per 100 grams.

The Ishioka Ostrich Farm is located approximately half-way between the Ushiku Daibutsu and the Hitachi Seaside Park if you'd like to add either of those to your time in Ibaraki.

Ishioka Farm Ostrich Kingdom is easy to reach by private vehicle. It's located approximately twenty minutes drive from the Chiyoda Ishioka IC on the Joban expressway. Free parking is available on site and is plentiful.

If you are accessing the area via public transport, the closest stop is Hatori Station on the JR Jōban Line. The farm is just under ten minutes by taxi from the station itself. 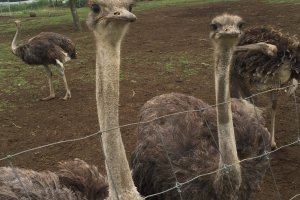 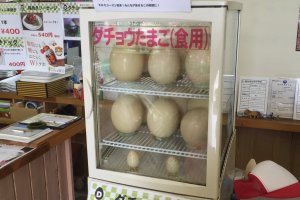 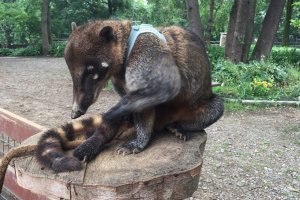 Kim Author a year ago
Yes! They were massive!!
Reply

Sleiman Azizi a year ago
I'm sold. I've got to try me some ostrich burger and eggs. Now to convince my better half...
Reply Show all 3 replies

Kim Author a year ago
You're braver than me!! Definitely would be an experience. It's funny, because I've had emu at a restaurant back home in Aus, but I couldn't bring myself to try any ostrich stuff since I had just been out feeding and interacting with them!
Reply

Kim Author a year ago
All hail Sleiman the great and powerful!!
Reply

Elizabeth S a year ago
Such a variety of animals.

I think I'll have an omelet. Did you try one? Or did you get an egg or two? How are they?
Reply Show all 2 replies

Kim Author a year ago
I was too intimidated by the menu after feeding the ostriches! I guess it's why I would struggle at one of those catch-your-own-fish restaurants! We ended up eating elsewhere but it's good to know that food is available if you are hungry. And, the kids curry set doesn't come with ostrich meat, so it'd be a bit easier than trying to explain that to the little ones!

It's a really cool place though, our daughter loved it when we went. She got to hold baby chicks, and interact with a bunch of animals. We visited here when we lived in Tokyo and it was a really nice respite from city life!
Reply

Elizabeth S a year ago
Ah! The circle of life is a big discussion with kids.

Well, if I make it up there this summer, I want to get my mitts on one of those ostrich eggs. When I do, I'll make a party of it. From a bit of research, I learned that an ostrich egg is equivalent to almost two dozen hen eggs.