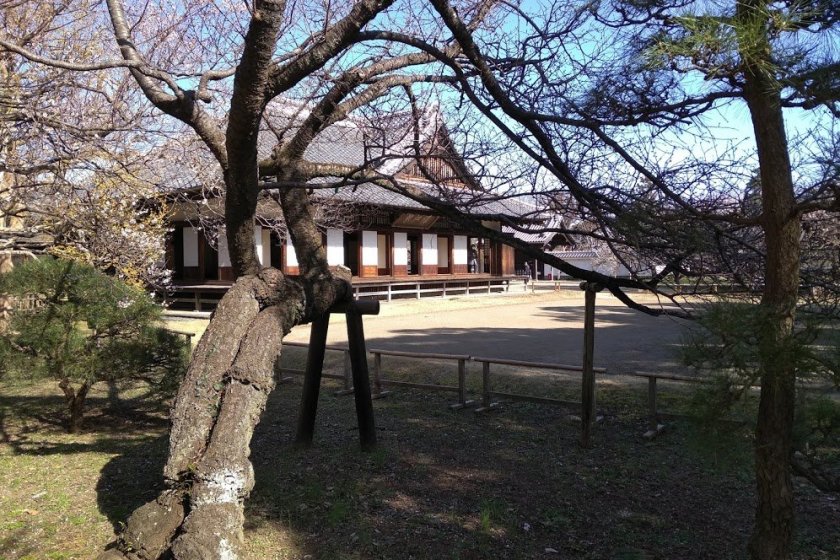 The plum tree - symbol of learning

In Ibaraki Prefecture you'll find that Mito City's primary tourist magnets are the old clan school of Kodokan and Kairakuen, a luscious plum blossom garden. Neither began with tourists in mind, but rather, educational ideals. Both are pretty, especially Kairakuen Gardens, with Kodokan possessing a particular architectural appeal. They are more than pretty faces though. They played a role in the larger landscape of Japan’s development as a modern nation.

Kodokan was started in 1841 by Nariaki Tokugawa of the Mito Clan. The school represented Nariaki’s enlightened vision of the world. Enrollment included the hoi polloi, not only sons of samurai or the nobility. Its reformist broad-based curriculum had military training sharing space with academia and strengthened with Confucian character development. Kodokan has been likened to our modern universities, praised as a forerunner of wholistic education in Japan, shaping the thinking that led to the modernization of the nation.

Today Kodokan is a cluster of wooden school type buildings, in Japanese classical architectural style. The rooms are quite bare and stark with a few significant pieces from the past. Initially, I felt it contained nothing. Then I realised the silence of this simplicity actually spoke volumes. I could feel the buzz of classroom life and all it had meant back then. Hitting me between the eyes was the banner in the main hall with its proclamation, Revere the Emperor, Expel the Barbarian. Being a foreigner, I couldn’t help but think “Oh no we are here.”

Kodokan’s indoor serenity extends to an outdoors festooned with about 800 plum trees, many proudly as old as the school itself. Here are also educational monuments and plaques, traditional wells, and a small shrine, Kashima. Kodokan is actually part of a complex of neighboring educational sites. The Shodokan, a museum, details Mito’s educational legacy and was once the editorial agency for Dai Nihonshi, a venerable history book of pre-modern Japan. You can see sections of it in the Shodokan.

Mito Daisan High School, Mito’s oldest high school, also nearby, is worth a visit to see old style school buildings, peep into classrooms with chalkboards and dusters, overhead projectors, reminiscent of a time now considered ancient history. Prime place at the entrance is Yakuimon Gate, the only tangible presence of Mito Castle, built in 1214. The rest of the castle is visible around Kodokan as markers outlining areas of the castle.

Nariaki’s adherence to Confucianism, where hard work must be rewarded with rest, led to the opening of Karaikuen in 1842. Kodokan represented the rigors of heavy brain work, and now Kairakuen would provide welcome relief and relaxation. Something like the way we may now go jogging or hit the pub after work.

Nariaki is said to have loved his ume plums so it was his blossom of choice at Kairakuen. Ume also symbolizes love of learning, education. Today Kairakuen’s plethora of pink eye candy is a feast comprising 3,000 trees with 100 species of plum blossoms. Round it all off with Lake Senba, swans and all, Tokiwa Shrine, for a more formal appreciation of nature’s wonders, and Kobuntei, a historical tea house. As you walk around the lake, look towards the hillocks on your left, where you can detour for a walk through a copse.

The development of parks in Japan is attributed to Kairakuen, thanks to Nariaki’s egalitarian leanings. In Kodokan, you can see a statue of Nariaki given by appreciative farmers. Kairakuen was the first truly public park open for enjoyment by all. That's what Kairakuen means, park to be enjoyed together.

Recommending a day each for Kodokan and Kairakuen, I stayed at the Court Hotel, a 20-minute walk from Mito Station, which was comfortable, clean, cheap, with free breakfast and free flow coffee at the Denny’s next door. The city had a nice feel to it just wandering around, discovering bits of its not much sung about history. The original castle moat is visible as you leave Kodokan, now a deep grass- overladen indent in the ground.

I am sentimental about Mito. It was the first stop of my planned journey through Matsuo Basho’s Deep North. Then Covid-19 broke loose and I went home. So Basho and I, it seems, were never meant to be and Mito maybe the last place I visit in Japan.

From Tokyo, you can take the Rose Liner Bus from JR Tokyo Yaesu Exit. Kodokan and its surroundings can be walked to from the back of Mito Station, where you can also take a bus. Kairakuen is a walk from the front of Mito Station along the canal walking path. 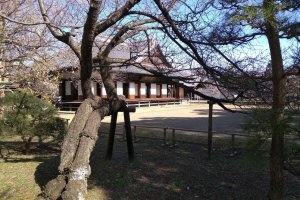 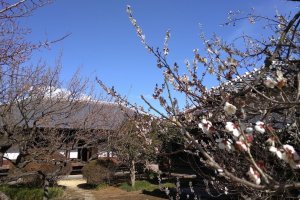 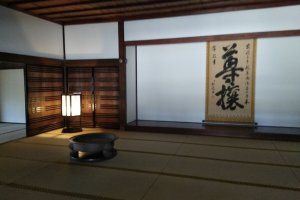 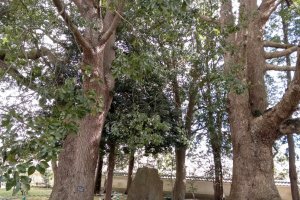 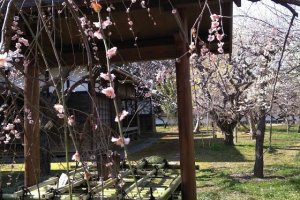 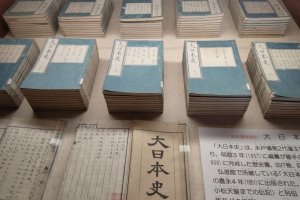 Elizabeth S 4 months ago
So many of Japan’s castle sites got turned into school campuses. The school buildings there seem to show respect to the culture and education impulse of Edo era Mito.
Reply Show all 0 replies


Wonderful to hear from someone from Japan.
Cheers!

Arlene Bastion Author a year ago
Thanks, Cathy! Glad can still write for JT. Thxxx for skilful editing!
Cheers !

Cathy Cawood a year ago
Actually, it wasn't me this time. The credit goes to Sleiman Azizi.
Reply

Sleiman Azizi a year ago
Hope to see you back in Japan madame!
Reply Show all 1 replies

Arlene Bastion Author a year ago
Me, too, Monsieur!
Regards and cheers!