Mt Tsukuba in the East

A mountain for everybody

Nobody can deny the beauty that is Mt Fuji. Soaring close to 4,000 metres into the atmosphere, Japan's most famous peak is an almost perfect blend of physical perfection and spiritual idealism.

But the Japanese have a saying, "In the west Fuji, in the east Tsukuba."

About 250km from Mt Fuji, in Ibaraki Prefecture, visitors will find a twisted mountain jutting out of the flat plains of Ibaraki and barely squeezing out 800m. This is the famous Mt Tsukuba.

Unlike its sibling far off in the west, Mt Tsukuba is no work of physical beauty. It's summit is split into two jagged peaks known as Mt Nantai (Mt Male Body) and Mt Nyotai (Mt Female Body). And unlike Mt Fuji with its rarefied symbolism, Mt Tsukuba invites visitors with its common, down to earth charm.

Such blue-collar hospitality is a feature in legends of the mountain. One tale tells of a deity seeking refuge on Mt Fuji only to be rebuffed by her cold haughtiness. Not so Mt Tsukuba who happily accepted the troubled god into its warm embrace. The twin peaks of the mountain also inspired fertility festivals and conjugal fecundity. In Japan's ancient poetic chronicle, Manyoshu, the festivals of Mt Tsukuba also permitted a bit of partner swapping. Mt Fuji would clearly not approve....

With its ropeway and hiking paths, its Shinto shrines and noodle shops, its eccentric rock formations and magnificent Kanto Plains view, Mt Tsukuba is a most welcoming host at any time of the year. Just don’t tell Fuji. She tends to sulk.

Take the Tsukuba Express Line from Akihabara and get off at Tsukuba Station. From the Tsukuba Center Bus Terminal Bust Stop 1, take the bus to Mt Tsukuba. The bus trip is about 35-40 minutes and costs 720 yen. Alight at Tsukuba Shrine bus stop or, if you want to take the ropeway, Tsutsujigaoka bus stop.

Find out more about Mount Tsukuba. 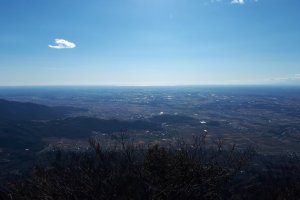 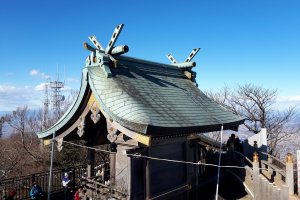 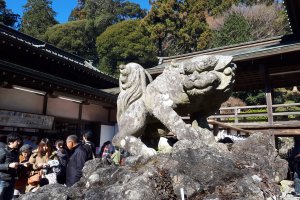 Arlene Bastion a month ago
I like your droll way of putting things. Makes me chuckle.
Reply Show all 1 replies

Elizabeth S a year ago
Local people giggle when visitors ask about the historical fertility festivals there.

The mountain has so many little secrets. My favorite is the spring that feeds a cedar tree of massive girth. Locals have a name for it, Ojiichan, Grandpa.
Reply Show all 1 replies

Sleiman Azizi Author a year ago
I didn't know about that tree. My most recent experience was with Gama-ishi, where you throw a little rock onto it and if it lands you get good luck.
Reply
4 comments in total