An affordable hotel in the heart of the city

Planning a trip to Kanazawa, I was faced with choosing somewhere to stay, out of the wide range of hotels boasted by the city. Demanding traveler that I am, I wanted somewhere inexpensive, well located, and offering good facilities for the price. Enter APA Kanazawa Chuo, right in the middle of the downtown Katamachi area, ticking all those boxes.

Check-in was a little fraught, in honesty: their machines want a passport scan from any non-Japanese guest, but I live here and am not in the habit of carrying it around with me. That problem aside, things were good: the blingy lobby has an attached coffee shop, and snazzy modern design which is matched in the rooms.

My single room was very compact, with enough space for me and my small case and not much else. I had my standard amenities: my little fridge, both Wi-Fi and cable internet, and a disproportionately large TV that occupied most of the desk. I also took advantage of the 'eco' option for housekeeping: instead of having the staff come into the room, I get left a pack of amenities by the door, including a bottle of drinking water.

One reason I chose this hotel was the public bathroom. Up on the 14th floor it has a wooden sauna (with built-in TV!), and an outdoor bath with a nice view of the city and nearby mountains. After a busy day of seeing the sights, it was really good to be able to have an unhurried steam and soak.

Katamachi is the main shopping and nightlife area, so there are plenty of stores, and dining and drinking options nearby. It's also within easy walking distance of several interesting sights, among them Kenroku-En garden, the "ninja temple" Myoryu-ji, and the stunning 21st Century Museum of Contemporary Art.

It's about a twenty-minute walk from JR Kanazawa station, or just a few minutes' ride in a taxi or on any of the buses that go through the Korimbo and Katamachi districts.

Rooms come in single, twin, semi-double (the same size as a single!), double and triple varieties. The hotel website has prices starting at JPY15000 a night, but this seems unlikely, as I used a well-known booking site and paid JPY7020 for two nights in a single! This is unlikely to be common; prices will vary with season and room type, but it's improbable that you'll pay more than around JPY6000 per person per night. 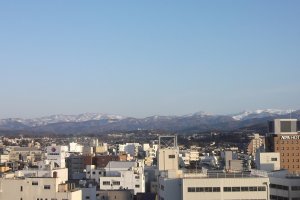 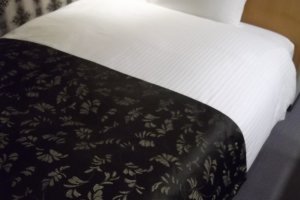 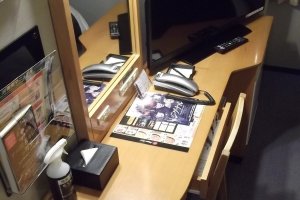 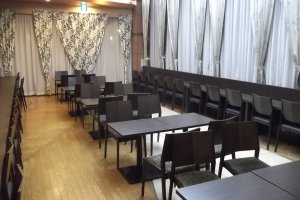 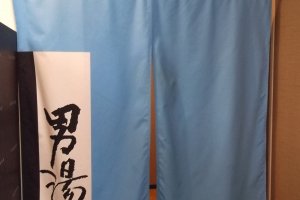 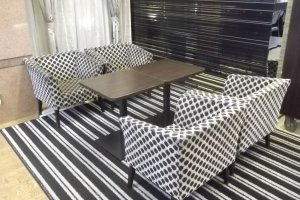 Bonson Lam 4 months ago
It is surprising that their prices on their official website is higher than other websites, it is kind of losing the advantage of their own marketing channel from a loyalty perspective.
Reply Show all 0 replies

Mary Kawai 4 months ago
The one I stayed at in Kamata had a shelf in the laundry room for people to leave books they had brought along but finished reading, so others could take them.
Reply Show all 0 replies

Sander van Werkhoven 4 months ago
As long as you don't mind the rather controversial owner (and the books you'll find in the room....), APA Hotels are always good. And indeed often have a great public bath! The one thing I don't like is that different from similar chains like Toyoko Inn or Route Inn, breakfast is not free, and the one time I did pay extra for that, it just wasn't that great.

About the prices, it seems APA is playing more with the prices than most other chains. I also noticed a few years ago during golden week that they had quadrupled the rates of their few remaining rooms, while other hotels (also with very limited availability) just kept their normal prices. On the other hand, at less busy times you can get phenomenal deals.
Reply Show all 4 replies

Sander van Werkhoven 4 months ago
Well, he does have some rather strong opinions about what happened during WW2 (TL;DR: Japan did nothing wrong, things like the Nanjing massacre and comfort women are all lies). And usually you'll find books with the "real" history of Japan in the hotel rooms, because he really wants you to know "the truth".

While I definitely don't agree with him, it won't stop me using his hotels. But I can understand why many Asian countries boycot APA for any official business.
Reply

Kim 4 months ago
Oh wow, yikes 😐 Thank you for the explanation!
Reply

Peter Sidell Author 4 months ago
Because of this, I do have to hold my nose a bit to stay at an APA. Sometimes I'll even flip through the 'Theoretical History of Japan' books that adorn the rooms, but then have to go wash my hands.
Reply

Elena Lisina 4 months ago
I like APA hotels - always modern and comfortable!
Reply Show all 0 replies
8 comments in total