Sitting in the quiet precincts near Kanazawa's Nishi-Chaya neighborhood, Myoryu-ji temple doesn't look like much. However, its unassuming facade hides a building that is riddled with secret doors, hidden passageways, and trick walls, earning it the nickname "the Ninja Temple".

Myoryu-ji was originally constructed in 1643 by the Maeda lords, who ruled over Kanazawa during the Edo Period. The temple's original purpose was as a lookout point from which to observe enemies, though its true nature was cleverly disguised by its location amongst a whole grouping of temples. The interior was designed to allow the Maeda retainers to easily escape any shogunate spies or carry messages in secret to the castle (via a series of concealed escape routes) should an army suddenly appear on the horizon.

Nearly every room in Myoryu-ji boasts some sort of hidden panel, door or concealed space. Trap stairs, revealed by the removal of a board, lead to a guard room that doubled as a hiding space. Stairs decorated with translucent rice paper gave soldiers hiding behind them the opportunity to spear their enemies in the ankles as they approached. A lookout on the very top of the temple was used to send light signals to the castle across the river.

The temple is only able to be visited as part of a guided tour. Tours are only given in Japanese, and no interpreters are allowed to accompany foreign visitors. However, the temple provides an excellent, almost word-for-word translation of the guide's talking points in various languages.

Reservations for Myoryu-ji can only be made by calling the temple. Information on the reservation process can be viewed on the temple's English-language website. Tours of the temple are offered every 30 minutes from 9:00am until 4:00pm. Reservations can be made up to three months in advance of your anticipated visit.

To reach the temple, use the Left Loop Bus from JR Kanazawa Station. Exit at the Hirokoji stop and use the helpful directions posted at the bus stop to orient yourself. On weekend days, volunteer guides are often waiting at the bus stop to assist visitors in finding their way. 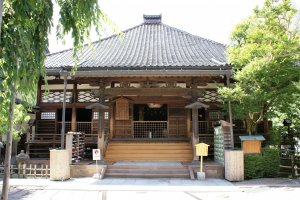 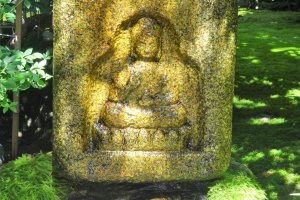 Elizabeth S 5 months ago
The twists and tricks are impressive, but it was the dragon-painted ceiling that got me. I was there ages ago, and remember the temple had a ceiling that rings like a bell when you clap or bang clappers together. Do I remember it right? I can't find any reference to it.
Reply Show all 0 replies

Sleiman Azizi 2 years ago
Looks like an interesting tour but why no translating for your companions?
Reply Show all 0 replies

Ekaterina Bespyatova 3 years ago
I have also visited this temple (in 2015) and was very impressed. My experience with booking was that I had no booking. I was, basically, just passing by and thought, why not ask. So I asked and got a spot on a tour starting in 15 minutes. But it was, I think, a week day. And I speak Japanese (maybe without it the outcome would have been different).
Reply Show all 0 replies

Shunichi Koyama 3 years ago
Here is a tip from my experience.
If you successfully booked a tour by phone, you should consider it as if you have booked a flight.
If you are 5 minutes late and the tour of your group has started, you are not eligible to join the tour.
A clerk at the temple may ask you to join another session.
If none of the following sessions were available for your spot, you would be asked to come back on another day...
In my case, I was late at 4 pm, but the spot at the final tour at 4:30 pm saved me!
Reply Show all 0 replies
4 comments in total