Enjoy a stroll around the temple district

One of Japan's most historic cities, Kanazawa is home to an absolute wealth of fascinating cultural sights. As well as its beautiful traditional garden, imposing castle and host of museums, there are a handful of districts of preserved buildings, allowing visitors to stroll around the city as it would have been long in the past. East of the station there's the Higashi Chaya district, where you can visit or stay in former geisha homes; then south of the castle is Teramachi, where the temples are.

It's not far from the famed Myoryu-ji, known as the "ninja temple" despite having no connection to ninjas. From there it's just a very quick walk south-east, and you're in among the temples. The devout will be shocked, but for me there are so many that there's not really any need to distinguish them. The pleasure for me was to just walk around the district slowly, wondering what I'd find behind each new gate.

What you'll get here is a peaceful atmosphere, as you walk around the grounds looking at the various gardens, buildings, statues and carvings. Some of them are more recent, but some hundreds of years old, as you can tell by the mosses and lichens growing on the ground and the statues, some of them deeply eroded by the passing of centuries.

There aren't many differences between the buildings, but at some temples you'll find neatly tended gardens, at others you'll be poking around overgrown, shadowy graveyards. Most of them are homes to populations of Buddhist statues, be they fierce guardian demons, serene deities and devotees, or even sometimes cute children's characters.

Teramachi is a long walk south from Kanazawa station, about forty minutes if you don't stop for a break. If you're not staying nearby, it's most easily reached on the Kanazawa Loop Bus; you'll get off at Hirokoji, which is stop number 5 on the Left Loop, stop number 10 on the Right Loop. 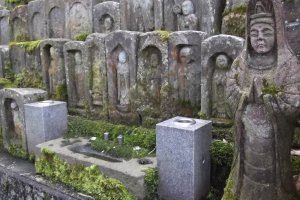 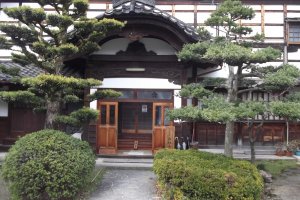 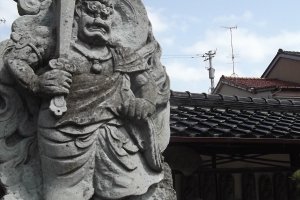 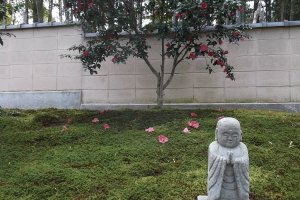 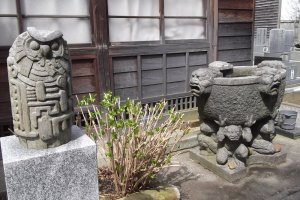 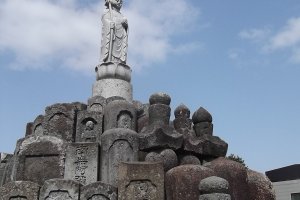 Peter Sidell Author 6 months ago
Yes! I do like the variety of statues you get at temples
Reply

Kim 7 months ago
Love that Anpanman and Baikinman make an appearance!
Reply Show all 0 replies

Sleiman Azizi 7 months ago
Oh wow, that cover shot is so surreal 😯
Reply Show all 2 replies

Peter Sidell Author 7 months ago
I quite like how it looks on the PC :)
Reply

Sleiman Azizi 7 months ago
Looks good on my phone too.
Reply

Elena Lisina 7 months ago
On the last photo is not a demon, but Fudo-myo, who's actually a defender. ;)
Reply Show all 5 replies

Elizabeth S 7 months ago
The wisdom king Fudomyo may look like a menace and he's referred to as wrathful. But he's no demon.
Reply