Meet all the statues on a stroll down this leafy avenue

One reason I prefer to walk around a new city, rather than just shuttle between the sights, is that there's always a chance I'll find something as interesting as it's unexpected. This is what happened on my trip to Kanazawa: embarked on a day of sightseeing armed with my Cultural Facilities Pass, I spot a statue in a little park as I'm walking towards the castle, and of course I go to investigate.

I take my photo of the statue, then I notice a path leading off the park, where there's another statue, so I go to take a look at that. And what I find here is the southern end of the Hakuchoro Promenade, a walk of maybe about quarter of a mile (400m), running north to south on the upper eastern edge of Kanazawa Castle Park.

It was delightful to walk slowly up and down the promenade, enjoying the lush greenery and admiring the various statues I found along the way. None of them are of historical figures in heroic poses: there's a young brother and sister leaning on each other, a little girl leaning on her umbrella, a mother holding up her baby (at least, I assume it's hers).

There are also statues of three men together: these are Kyoka Izumi, Tokuda Shusei Muro Saisei and Muro Saisei, who are the three literary figures of Ishikawa, each of whom is also celebrated with a small dedicated museum in the city. The poses are charmingly down-to-earth; Muro Saisei has rested his walking stick on the rock as he writes, Kyoka Izumi is holding a bag of what I like to imagine is candy or buns, and Shusei Tokuda is looking down a little as he taps ash from his cigarette onto the ground.

The Promenade is immediately to the east of Kanazawa Castle Park, starting at Sotobori Park on the castle park's north-eastern corner. It's about half an hour or forty minutes to walk from the station, but easily reached by bus. 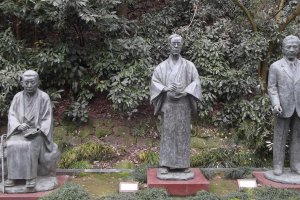 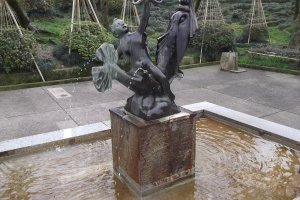 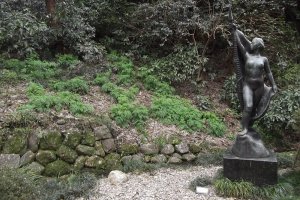 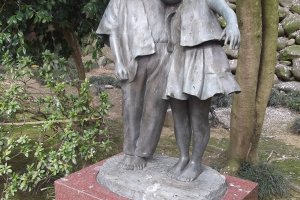 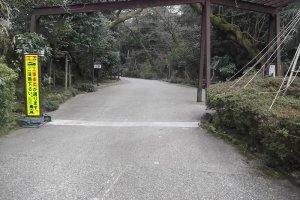 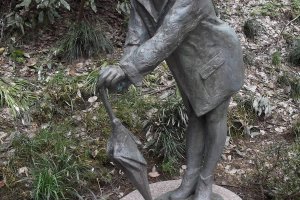 Elizabeth S 11 months ago
A walk reveals so much, right? I had a lovely visit to Kanazawa, mostly on foot to take my time to see things that I would miss if I had relied on a bus or other transport.
Reply Show all 0 replies

Justin Velgus 11 months ago
A fun little find. No selfies with the statues though? haha
Reply Show all 0 replies

Kim 11 months ago
Always enjoy stumbling across interesting finds like this.
Reply Show all 0 replies

Sleiman Azizi 11 months ago
What a curious find.
Reply Show all 0 replies
4 comments in total