Renting a Car in Japan

Last summer we had 5 visitors come and stay with us and I wanted to take them to places that aren't accessible by public transit. I had rented before from Nippon Rent-a-Car before and was happy with the service and pricing. I was planning on using them again but I ended up with Toyota Rent-a-Car.

It was during Obon (Buddhist custom in August), a very busy time for traveling in Japan. I phoned them first, but they were all out of the model I was looking for. I wanted a van that could carry 8 to 10 people.

After that, I went to Hanamaki airport, thinking that I could compare prices and availability. I found 4 different companies at the airport: Nissan, Times Car, Hertz, and Nippon. However, most of them seem to be staffed only before flight departures and arrivals, and Hanamaki has only about half a dozen flights per day. On that particular day only Nissan and Times Car had staff there. I checked for pricing on that day, but both agencies didn't have the particular model I was looking for. Also, both prices were about the same, around ¥20,000 a day, busy season. After coming home, I did some more looking online and then found out about Toyota. They have a full English web site, they explain how to book, where to pick up and what to expect if you have a foreign or international license.

They had the same van that I would have gotten from Nippon, except that Nippon didn't have any for that day. Better still, the price at Toyota was about half of the others. That means that for 3 days we saved about ¥30,000 yen or roughly $300, nothing to sneeze at considering that it was the same kind of van that I rented before from Nippon Rent-a-Car.

I was expecting to pick up the car from the airport, but they said I could pick it up at Shin Hanamaki station, right across the street from the station. It was perfect since my guests were arriving by Shinkansen (bullet train). Upon arrival the van was ready in front for me, it was only about 10 minutes to sign some forms about insurance and liabilities. I took coverage only for third party liabilities, just in case I hurt someone, that's the real expensive part. As usual we did a walk around the car before leaving, checking for scratches or dings. Don't be afraid to point out anything that they might have missed, you don't want to be responsible for something that was already done.

During those 3 days we traveled a lot, went to Kamaishi, Miyako, Morioka twice and to Yurihonjo in Akita, so probably around 600 kilometers in all. I was pleasantly surprised with gas consumption, it wasn't much more than my Honda civil, good considering there was 8 of us in the van.

On the last day we were coming back from Miyako, it was raining heavily and the traffic was slow, I phoned them on the way to tell them that I would be an hour late. They said no problem and to drive carefully. Upon arrival we checked the van once more for scratches. All was fine and to my surprise there was no extra fee for being late.

So I was really happy with the service and pricing and simplicity, I would recommend looking around for all the options available, as your needs might be different from mine. Happy trails. 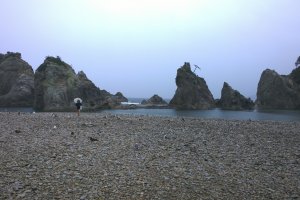 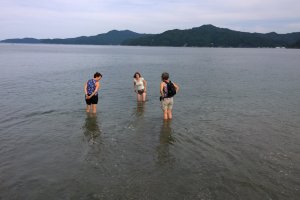 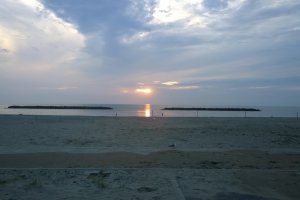 Malcome Larcens Author 6 years ago
Glad to be of help, can be a daunting task the first time.
Reply Show all 0 replies