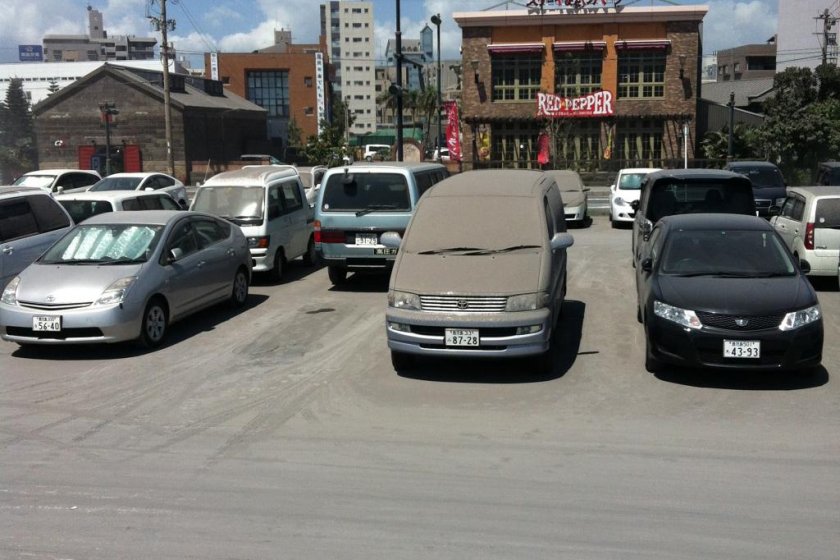 When I first arrived in Kagoshima, I pulled into a convenience store and was surprised to see a car parked next to mine covered in dirt. What had they been doing, driving off-road, on the beach? It wasn't until I had driven around the city a little more, seeing similar sights on shops, streets and other cars that the penny finally dropped. It wasn't dirt but volcanic ash spurted out from nearby volcano, Sakurajima.

Kagoshima, you see, lives in the shadow of this magnificent sleeping giant. Sometimes it awakens to spray ash all over the city. It seems a particularly large amount of ash had been deposited on the city just before we arrived. I don't think it happens every day, but it does happen.

I asked one local I met if he minds the constant brushing and cleaning on behalf of Sakurajima and he said simply that it's part of life here. They even have a separate rubbish disposal bag dedicated to volcanic ash.

My main reason for visiting here was not to walk in ash, but to visit the Fire Island Festival on Sakurajima, the island that is basically a volcano. I love summer festivals in Japan, the food stalls, the dancing, the fireworks, people generally in high spirits and Sakurajima's was no different.

Except there was an added dimension. The ash on the floor, still smoking volcano in the background and orange glow that appeared at sunset, gave the festival an end of the World party feel. It was great, it added atmosphere to the local J Pop hopefuls and gigantic taiko drums being played from the main stage.

I drank some local shochu, like Japanese vodka and in Kagoshima made from sweet potatoes. If you like to drink, trying shochu is a must in Kagoshima. I also ate kurobuta, or black pork, on sticks. Again a local specialty. It definitely tasted like pork and was maybe a little salty but definitely hit the spot.

We headed back into the city after the festival, which has an old fashioned kind of feel due to the old arcades and tram that runs down the main street. This is coupled with the neon light splattered modern city feel you see all over Japan. Before I moved to Japan I wanted to move to Kagoshima, hearing it described as the Naples of Japan sounded very appealing to me.

Having visited, I think it's a fantastic city with friendly locals, many of whom seemed to want to speak English, which can be rare in Japan and is great if you can't speak the language. I also think the ash adds to the city's character and the volcano makes the city feel alive. I for one would love to visit again some day. 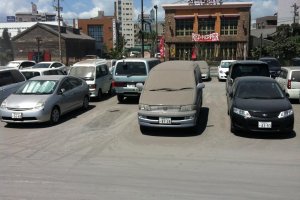 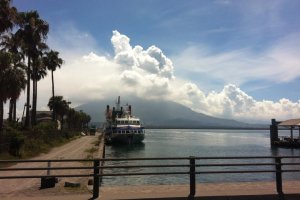 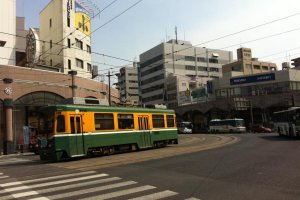 Kim 2 years ago
Whoa...that sure is a lot of ash!
Reply Show all 0 replies

Isamu Yoneda 9 years ago
Oh, I remember this place! There was a small eruption while I was there. It's hard to believe people still live next to this spouting volcano, but like they said, it's part of life there. A good article. It sounds like a great location for a Japanese summer festival.
Reply Show all 0 replies
2 comments in total