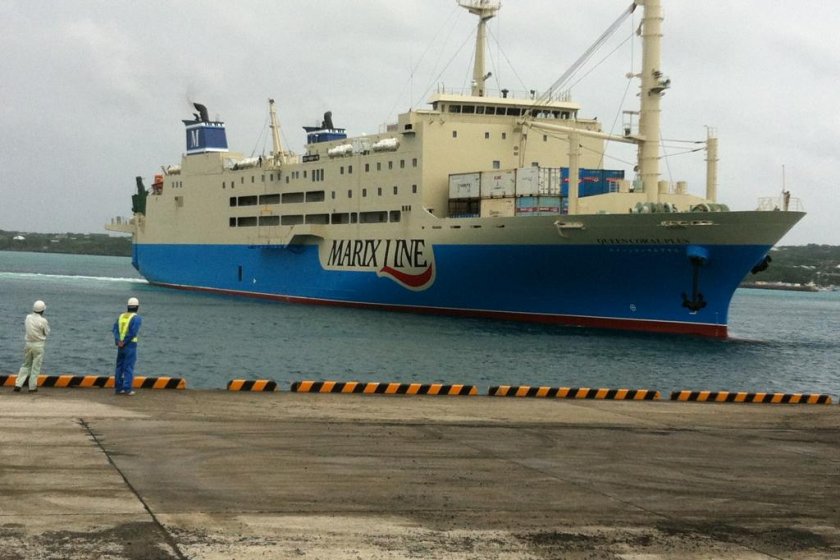 How to explore Kagoshima's southern islands by sea

There’s only one ferry a day in each direction – so make sure you’re on time! If you’re heading south, the ferry leaves Kagoshima from Shinkoku port at 6pm, but it’s best to get there at 5.30pm to allow time to get your ticket and board.

If it’s running to schedule, the ship will reach Naze, in Amami-oshima, at 5am – a rather ungodly hour for islanders and visitors. Roughly four hours later it arrives at Tokunoshima’s Kametoku port. However, should the winds be high or the sea be rough it may instead dock at Hetono on the other side of the island. I’ve taken ferries to Tokunoshima around 20 times over the past year or so and on three occasions I’ve found myself with a 5,000 yen cab ride back to my home, which is a ten minute walk from Kametoku. However, if you’re travelling in the less stormy months, you should be fine. And, if you’re lucky, there might be a friendly islander willing to offer you a ride.

The boat then makes a stop at Wadomari, in Okinoerabujima, at 11.30am before reaching Yoron at around 1.40pm. The timings are, of course, subject to the conditions. I’ve been on ferries running around two hours late, and seen ones pulling out of port more than three hours behind schedule. If in doubt, call the ferry office for the estimated times. While the ship may be late, the staff can usually tell you exactly how late.

After all this, it’s on to Okinawa. First, Motobu around 4.40pm and then, finally Naha at 7pm.

Of the four ships available I personally prefer A-Line’s Akebono. With a hot food vending machine and newer fixtures and fittings, it’s the most pleasant experience. Their Namenoue is an older boat and it’s pretty obvious from the state of the facilities. However, a new boat is said to be joining the route in September as a replacement. Both the Marix Queen Coral 8 and their Queen Coral Plus are decent.

Your experience will therefore depend on three things: the boat, your fellow travellers, and the sea.  The standard sleeping accommodation is a thin mattress in a communal room. Mattresses are packed in tight next to each other but the room is rarely full, and smaller women’s rooms are also offered. For around 2000 yen extra you can get bunk in a communal room. These aren't for the claustrophobic, but they are usually a little quieter; unless you get a snorer, of course.

The mattress room is fine for shorter journeys but for the overnights, I prefer a quieter spot. If you do find yourself sleeping next to a bunch of rowdy drinkers, you’ll be glad you packed your ear plugs. If there’s a shower room on board I take one. However, the Namenoue has only a small, old-looking communal bath. I tend to go with a “festival shower” on those trips. For those of you who have never camped out for five days in a showerless muddy field in the name of live music (why not I ask you?!) this means wet wipe based ingenuity.

All ships have air conditioning on full blast – I’ve been known to head outside to warm up. So, pack some longer sleeves!

There’s also a small shop on each ship. Some stock seasickness tablets, others don’t, so it’s a good idea to prepare ahead. Snacks, ice cream, noodle cups and beer are easy to come by. If you want bento, make sure you’re queuing outside from when the shop opens as the boat leaves Kagoshima. There’s also a canteen on each ferry, which seems to be a popular option.

The ferry is certainly an experience, but for island-hopping, it’s the only real option. It’s also generally much cheaper than flights to and from the mainland and is a necessity for me on short notice trips.

When booking overnight journeys it is better if you use Japanese or a Japanese-speaking friend. It’s a straightforward procedure but the staff usually want to offer you the best deal, which can mean a fast-paced run-through of a bewildering array of options.

My final tip: make sure you pack your camera. The open ocean and views of islands can offer some stunning views, from migrating whales to far off lightning storms flashing on the horizon. 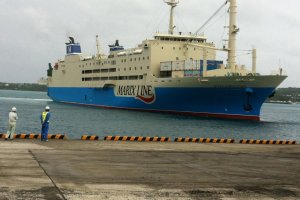 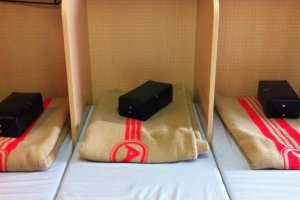 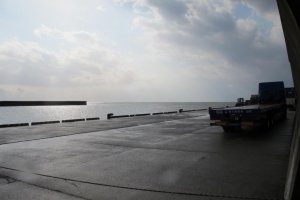 Elena Daurtseva a year ago
Such a detailed guide, thank you!
Reply Show all 0 replies

Geraldine Buergel 2 years ago
Thanks for the detailed information. An overnight trip seems to be an interesting experience!
Reply Show all 0 replies

Preethu 6 years ago
Thanks for your info.
Reply Show all 0 replies
9 comments in total