Lose yourself in smouldering volcanoes and dramatic coastlines

Taking you all the way to the southernmost reaches of mainland Japan, the Kirishima-Kinkowan National Park is a landscape defined by activity.

Whether it is the brooding active volcanoes that dominate the coast, the gently rising steam from their craters caught by the coastal wind, or the crashing waves that hug the coastline; even when standing perfectly still you are always aware that the landscape is moving around you. In that movement is an invitation to be part of that flow, to take to the seas, to abandon yourself to exploration on quaint trains that follow the coast, all before letting it all go at the end of the day in the billowing steam of onsen waters and healing sands that are all part and parcel of the Kirishima-Kinkowan National Park Experience.

Even in moments that feel static, such as the intense stillness that occupies the grounds of the Kirishima Shrine to the north of the national park, one is also aware that this was not the original location for the shrine, it having being moved from the base of Mount Takachiho-no-mine many centuries ago due to volcanic activity. The original site of the shrine is still accessible via a pleasant walk and while the simple monument to the shrine that was may lack the grandeur of the splendid Kirishima Shrine of the present day that draws comparison to the greats of Nikko, its brutal simplicity is no less beguiling and it is easy to see why it is considered a site of great spiritual energy.

Returning to Kirishima Shrine proper, and while the lustrous main shrine buildings and repeated theme of tengu masks is a clear draw, don’t miss out on the area around and behind the shrines where you can find numerous smaller rustic shrines in the very seat of nature. For this writer the real beauty was to be found in the deeper Yama Shrine where without distraction you could see why this area was chosen as a place of spiritual significance, and in the delicate light that filters through the sacred trees and simple rustic tori gates you are sure to find a special moment of connection to call your own.

Indeed, it is worth mentioning that when you tread this route you are actually following in the path of Sakamoto Ryoma, a figure well-renowned not least for going on what is widely considered Japan’s first honeymoon with his wife Oryo in 1866. As you leave Kirishima Shrine and the still-smouldering active range of volcanoes that overlook it behind and head to the coast, it is not hard to imagine why this area was their destination in a changeable landscape replete with possibility.

Before you rush off to the coast, for those who want to get their fill of activities in the hilly highlands of the national park spanning Kirishima there are excellent cycling opportunities afforded to the east of the area towards Takaharu, and to the west horse riding to be had at Studio Art Kirishima. The latter offers a particularly engrossing and surprisingly sedate way to enjoy the lush rolling hills of Kirishima that will take your through dappled glades through to broad pastures that command views all the way to volcanic peaks.

To head further south in style the Hayato no Kaze train offers a spell-binding and unforgettable journey in a jet black carriage that recalls the romance of the earliest days of Japanese train travel. With an interior to match and stops including stations still in use largely unchanged since the Meiji-era, you are sure to be transfixed as if living in another time altogether, to say nothing of the magnificent views of Mount Sakurajima commanded over glassy waters you can enjoy between Shigetomi and Kagoshima. The train stops are longer than usual giving you enough time to take in each stop with the help of the friendly on-board train attendant, and with obento lunch boxes, local beers and snacks on board, as well as a number of note-worthy lunch boxes to be brought at certain stations including the famous Kareigawa Bento from its eponymous station, it is sure to be a journey never forgotten.

For those wanting to disembark and explore Sakurajima, you are spoiled for choice for attractive seaside hotels, inns and long walks along the coast within the national park itself. Getting there is a matter of a short 15 minute ferry ride from Kagoshima between the magnificent form of the active Sakurajima earthquake itself. Among its sporadic eruptions of steam and ash and the surrounding silky inline seas you are guaranteed sights and an encounter likely alien to the average international visitor, that must be understood to be normal if one is understand the relationship Japanese people have with the dormant but powerful landscape that surrounds them.

Your first port of call is likely to be the Sakurajima Visitor’s Centre, a short 10 minute walk from the ferry, where you can quickly plan an itinerary to take in your interests. Whether a geology purist, or someone more interested in finding out about the lives of the people who literally live on the side of an active volcano, understanding Sakurajima is to understand a microcosm of the Japanese people’s relationship with nature. In addition the centre offers guided tours of the island where you can see for yourself the millennia of activity that formed the landmass itself, the nature beyond, and in the just visible shrine tori gate buried in metres of volcanic ash, the story of the people who have made this their home. Complete your trip by taking in the delicious daikon radishes that grow especially large on Sakurajima thanks to the mineral rich volcanic soil. You can even pick one yourself as you take in the awe-inspiring volcanic view from the farmer’s fields.

Heading further south one arrives at Ibasuki and the seat of the imposing form of Mount Kaimondake, home of the southernmost train station on mainland Japan Nishioyama Station, lake Ikeda, which is a fantastic location to take in the scenery from a number of water sport options, and even cooking with the naturally occurring steam at the areas many onsen. However, if you only do one thing here, make it the sunamushi onsen on the coast where you can partake in a pleasure locals to the area have enjoyed for some 300 years, in which you are buried to the neck in the volcanically heated sands of the beach. Wearing a yukata and thanks to the mineral rich sand being surprisingly kind on the skin, the experience is instantly relaxing and barely even needs washing off in the connected bathhouses, leaving you instantly rested in ten minutes and sure to return.

A quick ferry or boat ride to the other side of the peninsula takes you from Ibuski to the southern part of Osumi, where the most southern point in mainland Japan awaits at Capa Sata. A stunning view in its own right and one now open to the general public as part of the national park, the view is punctuated by a lighthouse built in the early Meiji Period and designed by Scotsman Richard Henry Brunten, who originally brought Western style lighthouses to Japan, and highlights this as a place that since antiquity has been for many a gateway to Japan itself.

Thanks to the surrounding ocean you are guaranteed to be well-sustained on your travels by all the bounty of the sea, but don’t forget to try the bold flavour of local Kuroushi Beef and Kurosatsuma Chicken that is gifted said flavour by the mineral rich lands born of the volcanoes’ ubiquitous presence. One can give thanks to the Tanokamisama, “god of the fields” statues that dot the Kagoshima and Miyazaki prefectures for this sumptuous Japanese washoku cuisine, and in doing so once again come closer to understanding the relationship Japanese culture has with nature, perhaps at its most evident within the confines of its national parks.

But still your journey need not be at an end, the mountainous reaches of Kirishima to the north of the national park themselves remain unexplored. Centring around the Ebino Plateau created by a series of active volcanoes that envelops you, the area offers endless hiking to its volcanic crater lakes all year round, and is blessed with snowfall that you might not expect to find in Kyushu come winter, there is even Japan’s most southern ice-skating rink. After exploring the many routes on offer in the wake of the constantly steaming volcanoes on the horizon, the active volcanoes have a final gift of a natural onsen to impart at the local hotels and inns.

Finally, for an unforgettable way to experience the national park in its entirety, small chartered airplanes can be arranged to tour the scope of the park. The relatively low altitude makes for a thrilling short flight as you spot Kirishima Shrine from your new vantage point and take in the smoking craters of the volcanic giants of the park from overhead. It is an experience that reminds you that while the high altitude hills of Kirishima and the bay of Kinkowan are far removed in terms of scenery, they are both physically close, and united too by being two manifestations of the same might of active volcanoes.

However you navigate the Kirishima-Kinkowan National Park, you are guaranteed a journey complete with encounters and a way of life far removed from anywhere else in Japan. While this area may represent an extreme, all of Japan is in some way in the company of volcanic land and this intrinsic link to culture, cuisine and character is one you are sure to see reverberate far beyond Kagoshima and Miyazaki prefectures once it is behind you. This is one journey that might well change more than just how you see Japan. 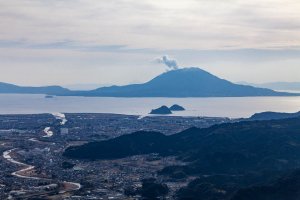 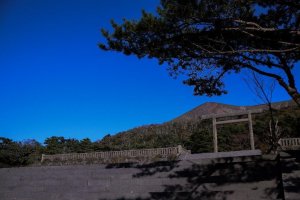 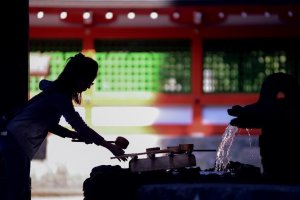 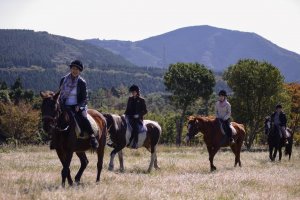 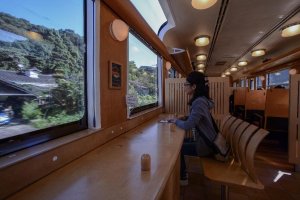 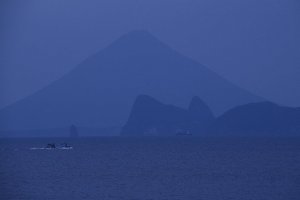 Kim 3 years ago
This part of Japan is one I haven’t yet visited but I’m enthusiastic about - thank you for the helpful article!
Reply Show all 0 replies
1 comment in total