48 Hours in Kamakura and Enoshima

Escape to a seaside getaway

About 90 minutes from Tokyo, Kamakura and Enoshima may top Tokyolites' number one day trip list. And with good reasons. Besides its close proximity to Tokyo, both Kamakura and Enoshima are small versions of Kyoto and Okinawa. With temples and lush beaches, these two certainly have a lot to offer throughout the year.

Start your journey in the Great Buddha of Kamakura (Daibutsu). Designated as a National Treasure by the Japanese government, this colossal statue is probably Kamakura's most visited site. To marvel at the engineering behind the statue, you can visit its inside for a fee of 20 yen and see the details of its construction including how hollow it actually is.

Close by the Buddha statue is Hasedera Temple besides housing one of the largest wooden statues of Kannon (the Goddess of Mercy), it is also known for its Hydrangea path. Hydrangea is a flower and is perhaps considered as the symbol of Kamakura. It's in full bloom from June to early July. The entire temple complex itself is quite large with a museum, a cave and a viewing platform of Kamakura skyline.

Nearby and walkable in 15 minutes is Kamakura Museum of Literature. This European-styled mansion is a stark contrast to Kamakura's traditional sights. Built as a villa for the Maeda Family, the mansion was also the second of former prime minister Eisaku Sato. Kamakura boasts a number of accomplished writers including Nobel Prize laureate Yasunari Kawabata.

While the museum's exteriors are of European design, its interiors are Japanese. The walk to the mansion itself is a journey with lush greenery and stone walls. The displays are in Japanese but the names of the authors are also printed in English. Only the first floor of the museum is open to public and you are required to take off your shoes before entering (there's a locker to store your shoes outside the door).

The displays includes the works of Kawabata, Natsume Soseki and reknowned film director, Yasujiro Ozu. Besides the museum, the garden is also a sight worth visiting. Particularly, the peace and quiet of the museum is a great change compared to the over crowded Buddha statue.

If your legs are still fine, head over to Komachi Dori, a long shopping street filled with food. At the end of the street is the entrance to Hachimagu Shrine.

Kamakura's Hachimangu Shrine is another symbolic site. Both a Buddhist and Shinto shrine, it was originally built in 1063. It was only moved to where it is now in 1191. The shrine famous for weddings and houses two museums. It is also a popular cherry blossom viewing spot in Spring.

If you're a fan of the hit-basketball anime, Slam Dunk! then Kamakura koko-mae station might bring you some nostalgia. The manga (and anime) it set in Kamakura. This train station was featured in the anime's opening song and is now frequently visited by tourists, whether they are fans of the anime or just that the view from there is stunning. Kamakura koko-mae station is also frequently in the list of most beautiful train stations in Japan because of its close proximity to the waters that offers a magnificent sight (minus the number of tourists).

From Kamakura to Enoshima, it takes about 25 minutes. It is also about 20 minutes walk from Katase-Enoshima station.

Enoshima Shrine is where your Enoshima journey will begin. Before the ascend to the shrine, there is a narrow path surrounded by shops selling traditional goods and food. The walk to the shrine itself is a walk so if you don't want to climb up, you can purchase an Enoshima Escar ticket which includes entrance to Enoshima Candle, Samuel Cooking Garden and Iwaya Cave (known as One Day Pass) or a Smart Pass (Shrine and Candle only). Here, you can just take the escalator to go up.

Enoshima Lighthouse Observation Deck or simply known as Enoshima Sea Candle is Enoshima's landmark. Built at 119.6m above sea level, the deck gives a 360 degree panoramic view of Enoshima and its surrounding. On a clear day, Tokyo Tower, Tokyo Sky Tree and even Mount Fuji are visible. There is both an indoor and outdoor viewing deck and it can be reached by stairs or using an elevator. There is also the "Sunset Terrace" where the floors are made of wooden planks and is as its name suggests: the place for sunset viewing.

Prior to the Sea Candle, you'll walk pass Samuel Cooking Garden where you can enjoy some of the beautiful flowers or dine in at the more Western restaurants.

A 15-minute walk from Sea Candle, the Iwaya Caves is another famous sight in Enoshima. It's also a very historic place with myths and legends surrounding it. There two caves to visit, in cave one, you will be given a candle (free of charge) to guide your way. The first cave is much bigger with statues of different Gods and deities along the way. The second cave is the Dragon's Lair where you can make a wish.

Along the way, there are many souvenir shops and traditional restaurants to choose from.

If you're itching for a short weekend getaway from Tokyo's hustle and bustle, both Kamakura and Enoshima might be everyone's favourite but it's for good reasons as the two have plenty to offer no matter what kind of trip you're looking for. 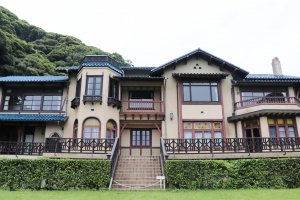 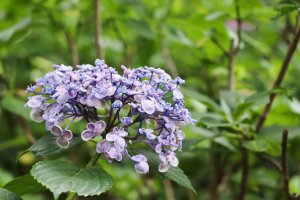 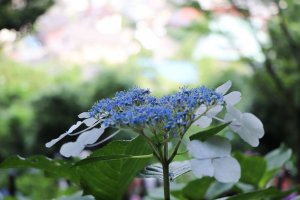 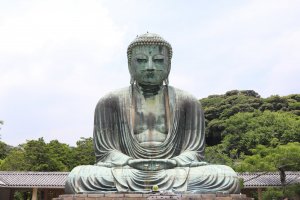 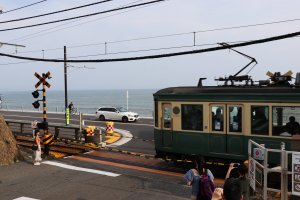 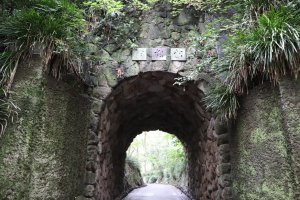 Elizabeth S 3 years ago
Nice itinerary. The Enoden, Enoshima, the Sea Candle and the caves make great day trip destinations. I’d add Ryukoji, the temple on the shore side, with its legend about a miracle saving Nichiren from execution. It’s both charming and spooky.
Reply Show all 0 replies

Kim 3 years ago
I've been to Kamakura and Enoshima before but want to go back again for some of the things you mentioned. Great itinerary!
Reply Show all 0 replies
2 comments in total