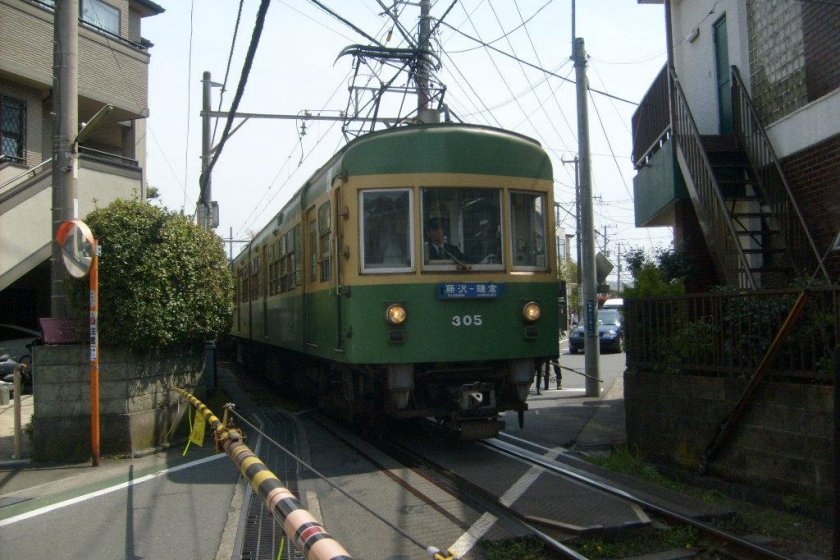 Travel around Shonan in vintage style

An Enoden train, near Yuigahama station

Founded on Christmas Day in 1900, the Enoden line has been shuttling passengers between Fujisawa, Enoshima and Kamakura for over a hundred years. The area has changed a lot since then, and there are more, faster transportation options, but few of them can make the journey so appealing. The scenery, the people and even the trains themselves make just getting from one place to another an enjoyable part of a sightseeing trip.

Much of the line's charm lies with the train cars, many of which boast distinctive vintage livery that looks as it might have when the line first opened. Some of the cars have bare wooden boards for floors, creating a fun but mildly surreal atmosphere, more like a Wild West saloon than a contemporary of the bullet trains.

Setting off from the station in Fujisawa attached to the town's Odakyu department store, you'll trundle through a quiet residential area before approaching Enoshima. Here it becomes more like a tram ride as the tracks take to the roads, giving you the fun experience of chasing and overtaking cars in a train. Around Koshigoe station you'll officially enter Kamakura City, and it's here also that the line starts to run alongside the coast. The windows will give you a good view of Enoshima Island and, if they're out and about, you'll be able to watch Shonan's intrepid surfers braving the swell.

After a few minutes the line turns back inland, heading for the sights of Kamakura. There's a bit more greenery here, and it's also here that the line runs closer to peoples' homes, making you feel at times that you're riding through residents' back gardens, able to reach out and pick flowers from their planters. This is heightened by the narrowness of the route; for all of its ten kilometers there's just a single line, so you sometimes have to wait at a station for an oncoming train to arrive.

About half an hour from Fujisawa you come to Hase, the nearest station to the Daibutsu Great Buddha statue, and from here on to Kamakura there's less greenery, more shops and houses. If you're heading to the beach then you'll want to get off between Hase and Kamakura, at either Yuigahama or Wadazuka.

Because it's a sightseeing line running through residential areas near the beach, another fun thing about the Enoden line is passenger-watching. As well as tourists on their way to see the sights of Kamakura and Enoshima, you get gaggles of noisy day-trippers down from Tokyo for a day at the beach, and surfers and body-boarders heading down to catch the waves.

Ticket prices range from just ¥190 to ¥​290, or you can get a day pass for ¥​580. Even better value is the Kamakura-Enoshima Pass, which for just ¥​680 includes not only the Enoden line but also the JR lines between Fujisawa and Kamakura, and the Shonan Monorail between Ofuna and Enoshima. For a souvenir of your ride, there are gift stores at the Fujisawa and Kamakura stations selling cute Enoden-themed goods such as bags, hand towels and, of course, a train set. 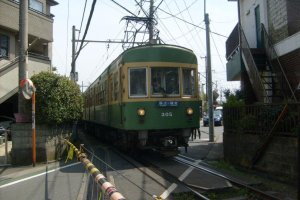 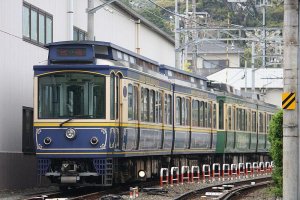 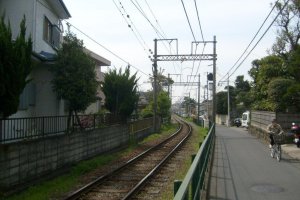 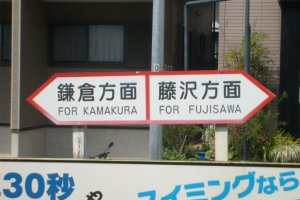 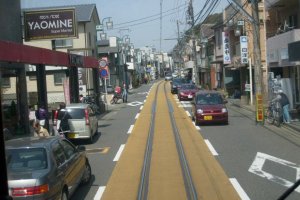 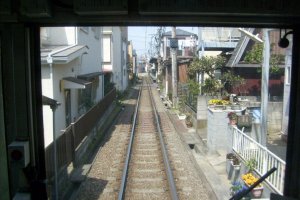 Elena Lisina a year ago
Those trains look like trams! : )
Reply Show all 2 replies

Peter Sidell Author a year ago
Around Enoshima the trains do run on the streets in among the traffic, so at that point they are like trams too!
Reply

Elena Lisina a year ago
I like old cars more than modern in retro-style.
Reply
3 comments in total