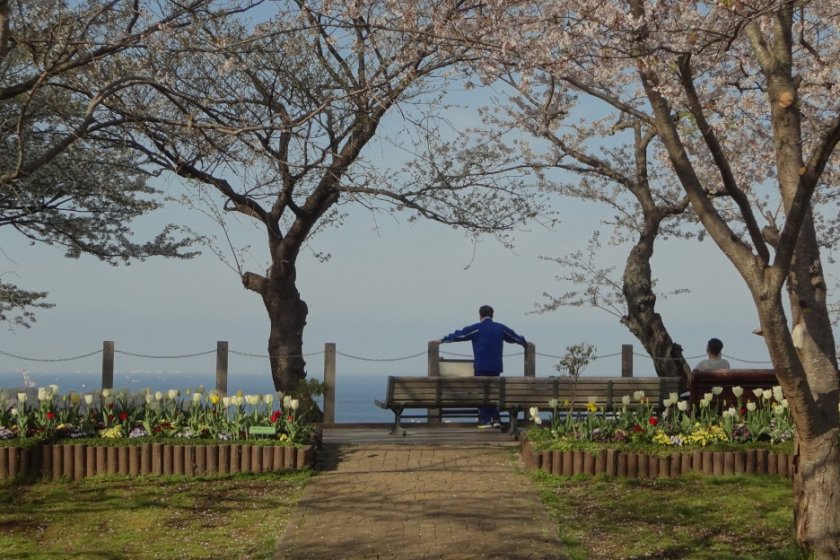 Memorial of the Blue-eyed Samurai

Looking out over the sea.

Have you ever read the novel or seen the TV series, Shogun? A memorial gravestone of William Adams, the British shipmate, ship pilot, and trader that the main character in Shogun was modeled on, sits on a hilltop in Yokosuka. Adams also had a Japanese name, Miura Anjin that indicated that he was a landowner on the Miura Peninsula and the pilot of a ship. Adams owned a large tract of land in the Miura area, and also had another house in Edo where his Japanese wife and two kids lived. He also had a family back home in England that he never saw again.

He died at  Hirado, Nagasaki, and was buried there, but his son Joseph in accordance with the wishes and dictates of his famous father’s will, established a memorial for his parents in Yokosuka. These memorial stones were typical old Samurai style. We call it “Hokyo-in-to.” (Please see photo.)

Anjin-zuka is 20 minutes walk from Anjin-zuka Station on the Keikyu Line. Just go up the slope toward Tsukayama Koen Park. Anjin-zuka is inside the park. Adams loved to climb up to a hilltop in this area that commanded a splendid view of Edo (Tokyo) Bay, including modern day Yokohama Bay. As a vassal of Shogun, he always paid careful attention to the sea facing Edo.

The view from Tsukayama Koen Park

There are a few viewing points in the park. If the weather is nice and the air is clear, you can see Mt. Fuji to the west, Tokyo Sky Tree to the southwest, and the Boso Peninsula to the south. The closer views are of beautiful terraced fields, ships and buildings of the Yokosuka Bay area, and cute towns of Miura Peninsula. There are a lot of benches and rest places to sit and enjoy green leaves or cherry blossoms in spring. Public toilets and vending machines for beverages are also available.

After a long difficult voyage, Adams and 23 other sailors arrived at Usuki in Oita (then called Bungo) in the year 1600. Because of Adams’ knowledge of math, geometry, and the art of navigation, and because of his honest and modest character, as well as his great ability of judgment, Ieyasu appointed him to be under the direct supervision of the Shogun, and granted Adams official Samurai status. Adams at first built two ships for Ieyasu and then worked as a trade "negotiator" until Ieyasu’s death in 1616. He had often expressed his wish to return to the UK, but was never permitted to do so. Without Ieyasu’s support, Adams lost any influence he had had, and was not treated well. The new Shogun restricted foreigner’s activities and decided that Hirado in Nagasaki Prefecture would be the only port used for foreign trading. Hence, Adams transitioned his work to Hirado to expand his own trading business but failed. He died in 1620 in (for various reasons) bitter despair. Standing at the viewing point there at the top of Tsukayama Koen Park, I felt deep sympathy for him. 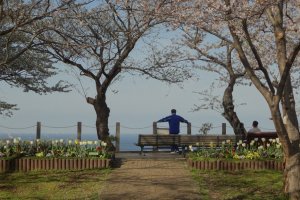 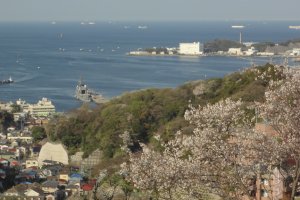 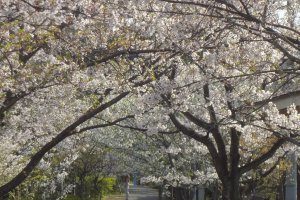 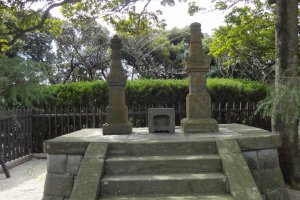 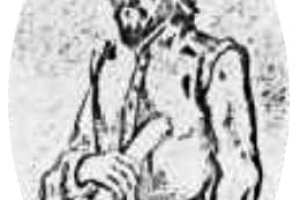 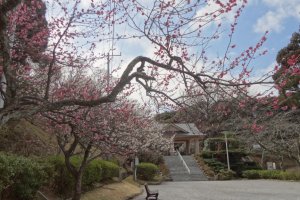