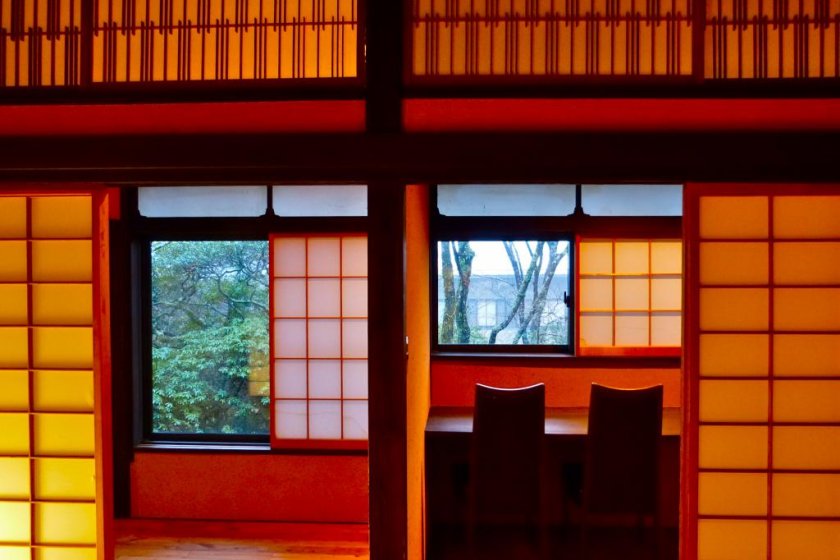 Sliding shoji doors with a great deal of Japanese atmosphere

One of Hakone's seven original hot springs, Ashino-yu, is located at the highest point of the Hakone mountain pass. Situated 830 meters above sea level, there are few inns in the area, and Matsuzaka-ya is the inn there with the longest and most distinguished history among them. The oldest record of the Ashino-yu region is from 1280. In those days, the area was called “Ashi-no-umi” suggesting a severe wetland. In 1662, Seizaemon Katsumata who was originally from Ise (modern day Mie prefecture), devoted himself to reclaiming the wetlands with the purpose of creating a hot spring region in the mountains.

This inn has only 18 guest rooms in total. Half of them have onsen baths inside the rooms, and four of them also have footbaths. A hundred years ago, one of the inn's best rooms was specially reserved for the Japanese Royal Family, who used to visit a few times a year. There are also two big, shared baths, that guests can enjoy anytime during their stay. The water of the spring here contains sulfur, but it isn’t too strong. It is also weakly alkaline, making your skin moist and soft.

When we arrived at the inn on a cold, rainy day in mid-December, the friendly staff served us hot green tea with hot towels in a waiting lounge that was chic and comfortable, until we were guided to our room ten minutes later.

All the guest rooms are very nice and authentically Japanese, with tatami mats and shoji paper sliding doors. The meals are also delightful. Different from ordinary service in other inns where meals are usually served in your room, guests here have dinner and breakfast in the dining room. We went to the lounge at a pre-arranged time and were then escorted to the unique dining room on the second floor. Before we were seated, we were lead to an open kitchen area and asked to choose what fish we would like to eat. Then we were led to our table and the feast began!

William Copeland is known worldwide as the father of Kirin beer. A Norwegian-born brewer who eventually went to America and became a naturalized citizen, Copeland came to Japan in 1864. In Yokohama, he started Spring Valley Brewery in 1870. Kirin took over the company in 1884. Copeland’s first wife, Anne Kristine Olsen died while in Japan, seven years after they married. In 1889, he remarried, this time to a Japanese woman, Umeko Katsumata. Umeko’s family ran an inn in Ashino-yu called Ise-ya. If you follow Ise-ya’s history back 16 generations, you will see that it and Matsuzaka-ya were once one and the same inn!

Umeko’s brother Senkichi (commonly known as Senkichiro) was a famous English scholar teaching at Waseda University. He once commented on his brother-in-law:

William Copeland was tall and a magnificently built man, and looked very handsome. He had a gentle personality and was quite popular, but once he began to drink, he got ugly. It was the only problem about him. Perhaps he tried to forget his pain by drinking, and it made him into a mean person—sick and ill.

Later life of Copeland and Umeko

After Copeland married Umeko, they took trips to Hawaii and then Guatemala, trying to establish new businesses but chronic heart disease and arthritis, as well as financial difficulties prevented him from doing so. Finally, the couple came back to Yokohama in January 1902, but Copeland sadly passed away the following month at the age of 68. Umeko ran a hat shop in Tokyo for a while but she herself died six years after Copeland. She was only 39 at the time. They had no children.

Matsuzaka-ya is a splendid place. And it is easy to access: 40 minutes from Odawara by bus (a 40-minute Shinkansen ride from Tokyo gets you to Odawara), or 25 minutes from Hakone-yumoto by bus (an 85-minute Odakyu super express train from Shinjuku gets you to Hakone-yumoto). If you visit the Tokyo area, why don’t you extend your journey to Hakone Ashino-yu’s Matsuzaka-ya? And when you have a chance to stay here, please be sure to remember the connection between Matsuzaka-ya, Copeland, and Japan’s most famous beer, “Kirin”. 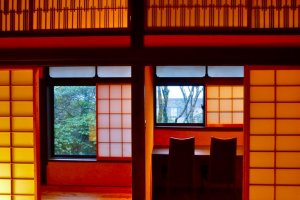 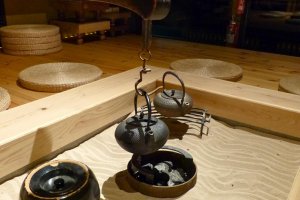 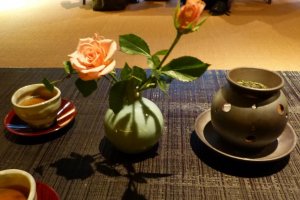 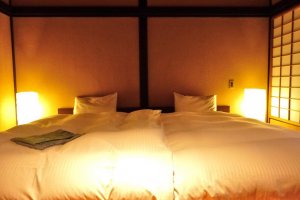 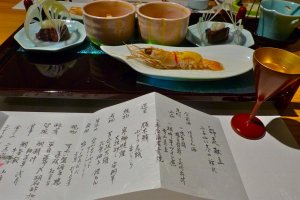 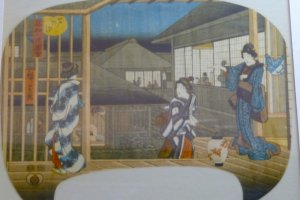 Kim 8 months ago
What an amazing, historic place to stay!
Reply Show all 0 replies
1 comment in total