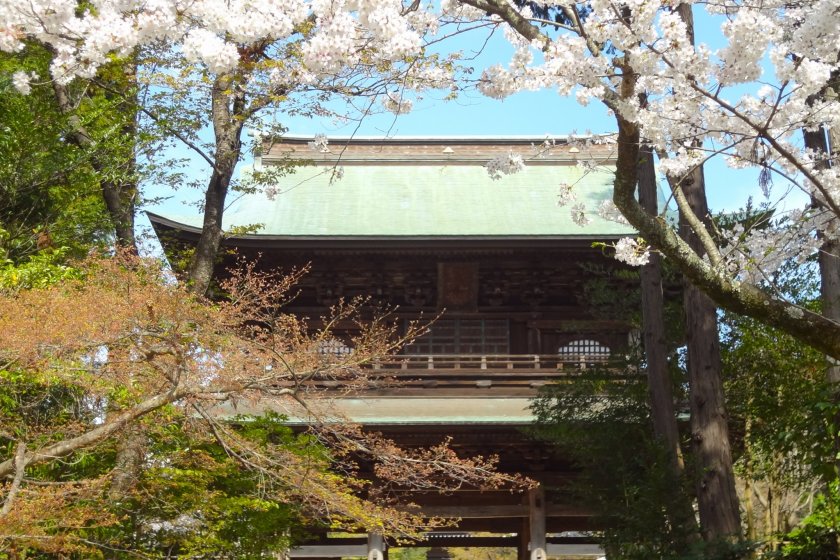 Buddhism from across the sea 3 – Priest Mugaku Sogen

Engaku-ji Temple was established in 1282 for the repose of both Chinese and Japanese soldiers’ souls. The war between the Yuan dynasty (1271-1368) of old China and the Kamakura Shogunate of Japan lead to the death of huge numbers of soldiers during battles in 1274 and 1281. The 8th regent of Kamakura Shogunate, Hojo Tokimune asked high-ranking Chinese priest Mugaku Sogen to erect an authentic Zen-only temple in Kita-Kamakura.

There are many large cherry trees in this temple, and the one in front of the San-mon Gate is especially gorgeous and perfectly matches this majestic temple. There are some benches near the gate, and you can sit there and enjoy the cherry blossoms for as long as you like. But let me tell you about another nice spot: It is a weeping cherry tree in the Ryuin-an inner temple. From there you can get a bird’s eye view of the San-mon Gate and the main hall. This is my favorite view.

Mugaku Sogen was born in 1226 in south Song (during the Song Dynasty; 1127-1279) and became a priest at age 11. In 1275, Yuan soldiers attacked the temple where he stayed. All of the other priests ran away, except Mugaku Sogen. He quietly sat on the floor in front of the main Buddhist statue. A Yuan soldier drew his sword to kill him, but Mugaku Sogen didn’t move an inch. He began to recite a Buddhist precept in a loud voice.

“I did a comprehensive study to seek the real universe, and finally got the answer. That is to say, all is vanity. People are vanity, and even Buddha’s teachings are vanity. Now, I am spiritually awakened, and so, even if you want to kill me with your huge sword, I don’t mind. I already know that I am vanity. This means when you swing your sword, you will just cut through a spring wind.” (Author’s rough translation)

At hearing this precept, the soldier was touched and sheathed his sword. He expressed his respect for Mugaku Sogen, and left.

Meanwhile, back in Japan…

Hojo Tokimune took over as the Shogunate’s decision-maker when Japan was faced with the menace of the Yuan Dynasty’s invasion. Supported by other samurai, he built up an army, regulated internal conditions under his military control, and formed stone bulwarks to keep out the enemy. He prepared all that he could. But he was still tormented by fear and anxiety over the coming Yuan attack. At that time, he was already under the spiritual guidance of Mugaku Sogen. Tokimune had invited him to Kencho-ji Temple from across the sea in 1279, and then often visited him at Kencho-ji. One day during their ongoing conversations, Mugaku Shogen took up his pen and wrote one word for Tokimune: Baku-bon-no (莫煩悩). His meaning and nuance was:

“After you finish preparing for something (the battle), don’t worry too much. Over-thinking will only make you crazy. It won't help you at all. Your agony is produced by your own mind”

Receiving these words, Tokimune was now ready to deal with his difficulties. That word had dispelled his fear and anxiety.

Engaku-ji was built after Tokimune got through the crisis of the Yuan attack. Tokimune wanted other samurai to learn how to conquer various problems by the teachings of Zen Buddhism, in the same way that he had. And so, he hoped that Engaku-ji would become a true Zen training center on par with Kencho-ji (built 30 years before Engaku-ji) in Kamakura. Mugaku Sogen became chief priest of Engaku-ji.

Tokimune and Mugaku must have had many talks together about Japan’s future. But I'm sure they didn’t know that such wonderful cherry blossoms would bloom in Engaku-ji 730 years later!

Find out more about Engakuji Temple. 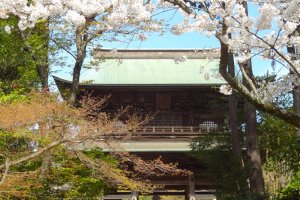 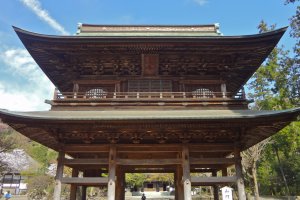 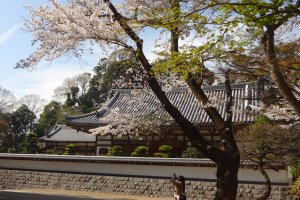 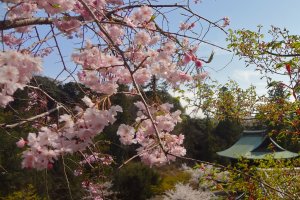 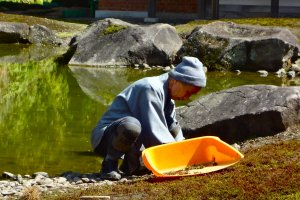 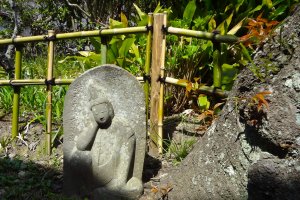