Getting Lost in Kamakura

Take the road less travelled in the ancient Japanese capital

Want to experience the magic of Kyoto but hate dealing with the crowds? Take the road less travelled and hop on a train to Kamakura instead. Located in Kanagawa Prefecture, Kamakura is an easy day or weekend trip from Tokyo that can be reached in just under an hour.

Kamakura is a historical city that is home to over 100 shrines and temples. The city is famous for its Giant Buddha Statue or Daibutsu and Hasedera Temple and is often coupled up with nearby Enoshima for a packed day trip. But if you’re like me and enjoy discovering a city with a bit more peace and quiet, I recommend skipping those and starting your journey at Kita-Kamakura Station instead.

From Kita-Kamakura Station, you can start your leisurely walking trail south towards Kamakura. But there’s no need to follow hiking trails or any specific path, as you will encounter Zen temples, Shinto shrines and even a bamboo forest, without even looking for them. Taking these smaller paths into lesser-known areas and unnamed shrines make it almost feel like a quieter Kyoto. Make sure to take a moment and enjoy the serenity of the area, which looks almost the same as it did back in the 1300s.

Getting “lost” in Kamakura was a blessing in disguise, as I was able to discover many hidden treasures, such as this Ghibli-style entrance under a giant moss-covered tree. I also ventured upon this small bamboo forest, but truth to be told I have no idea where it was. If you’re short on time, you can go straight to Hokokuji Temple - Kamakura’s version of the Arashiyama Sagano Bamboo Forest. A little further out is the Sasuke Inari Shrine, where you can find torii-gate lined paths resembling that of Kyoto’s Fushimi Inari. With so much to see and so little time, my advice is to take it slow and enjoy whatever you stumble upon during your walk through the ancient city.

Of course, that’s not to say that you will be missing out! A few steps away from Kita-Kamakura Station is Engakuji Temple, one of Kamakura’s 'Five Great Zen Temples.' If you’re visiting during summer, make sure to keep your eyes peeled for hydrangeas - they can be found dotted around the various shrines but the most popular site for flower viewing is undoubtedly Meigetsuin Temple. Locals and tourists alike flock to Meigetsuin to catch the hydrangeas in bloom, so try to visit on a weekday to avoid the crowds. The area around Kamakura Station has lots of dining options, souvenir shops and convenient transport to the Daibutsu or Enoshima should you have enough time to go there.

Although the aim is to get lost, rest assured you won’t be stranded in the middle of nowhere. Kamakura is well-equipped with English signage pointing towards important sites and train stations. The traditional city is also home to many chic cafes and boutiques, which can be found along the main streets leading towards Kamakura Station. The trails are more of a walk than a hike, as most of the ground is level and paved, making it an easy and accessible activity even for the unathletic.

Kamakura has so much to offer, and should not be relegated to being “just” a day trip from Tokyo. I’m definitely revisiting Kamakura in the future, perhaps in a different season or to take a different path, as there was only so much that I got to see. Both Kamakura and Enoshima are convenient gateways to exploring the rest of southern Kanagawa. A few train stops away is the seaside Shonan area, where you can visit Zushi beach or take the opposite route heading towards the laid-back surfer town of Chigasaki. 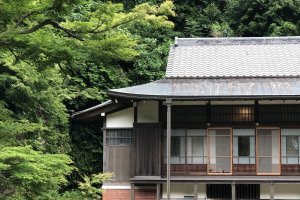 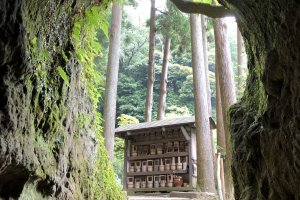 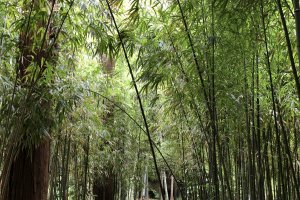 Elizabeth S 4 months ago
I spent some years in Kamakura and every week, I strolled and just discovered shrines, bamboo groves, and temples as I went. It's a great place to wander and get some exercise. The valley trails are steep.
Reply Show all 0 replies

Sébastien Duval 4 months ago
Agreed, Kamakura is great for tourists & residents! I hiked many times from Kamakura to Kita-Kamakura station, and visited here & there with guests from Europe :) Thanks for sharing your thoughts, Celine!
Reply Show all 0 replies

Susan Tumanon 4 months ago
Nice pictures! Kamakura is another great stop when you visit Tokyo.
Reply Show all 0 replies

James Clark 4 months ago
Thanks for sharing. I might check this out later this year.
Reply Show all 0 replies

Sherilyn Siy 4 months ago
Lovely! This trip is so doable compared to heading to Kyoto, and you got me at "hate dealing with crowds".
Reply Show all 0 replies
5 comments in total