A treasure between the mountains and the sea

The Unzen-Amakusa National Park is located between Nagasaki and Kumamoto, in the south western island of Kyushu. Framed on three sides by the sea, a good way to get your orientation would be from Mount Unzen.

Set in one of the more milder areas of Japan, it is a great place to experience the outdoors, with comfortable temperatures for hiking, kayaking, cycling, fishing or sailing from March to December. In particular, May and June are ideal times to visit, particularly for the pinks of the Kyushu Azalea and the whites of the Japanese flowering dogwood on the Mountain. Birdwatchers should keep an eye out for the vivid hue of the blue and white flycatchers in summer, while winter sees a number of ducks migrating to Suwano Pond.

The Mount Unzen Visitor Center is also a good place to get your bearings before heading into the hot springs or onsens of the local area, with volcanic activity feeding the Jigoku Onsen. In fact, Kumamoto is one of the top ten prefectures for hot springs, despite being overshadowed by neighbouring Oita prefecture.

Besides natural beauty, there are many places of cultural importance in the national park as well. From 1543, Portuguese missionaries came to Kyushu, the most notable being Francis Xavier. At one stage there were over 200,000 Japanese Christians in the townships around Unzen-Amakusa National Park. There were Christians in Osaka and Kyoto as well, and it was said that the tea ceremony bears close resemblance to the Catholic Mass, as a number of Sen no Rikyu’s disciples were Catholics. Today restored churches like the Saikitsu chapel pay tribute to their faith, and the Government has considered listing it as a UNESCO World Heritage site.

Nearby Amakusa is a place of martyrdom and intense beauty. The Amakusa Christian Museum vividly displays the history of Christians in Kyushu. Amakusa is also home to 120 islands, which you can visit by boat, including the historic Utase sailing ships, which can be chartered for a half day tour from Ashikita town. A seafood lunch is served, so you are bound to have a feast. It is a very relaxing way to enjoy all that the National Park has to offer. You might even see the coral reefs that run off some of the islands.

While Amakusa was a recent addition to the national park, the Amakusa Visitors Centre is well equipped with models and brochures explaining everything that these islands have to offer. 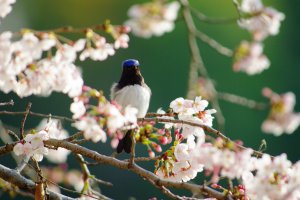 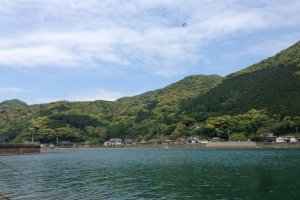 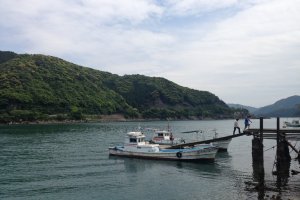 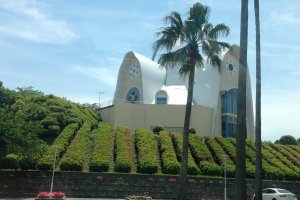 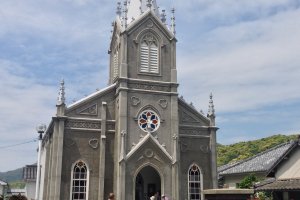 Yui Yamaguchi 3 years ago
Such a lovely bird on cherry blossom! Where was this?
Reply Show all 1 replies

Bonson Lam Author 3 years ago
The blue and white flycatchers are found in this National Park, but sometimes you can see them in other parts of Japan, including as far as Kansai.
Reply
2 comments in total