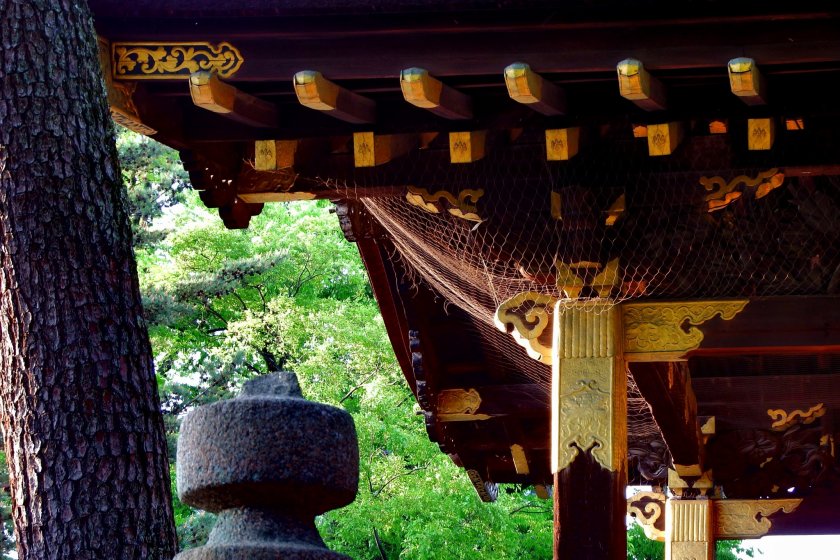 Gold under the eaves

In Toyokuni Shrine, Higashiyama, Kyoto, Toyotomi Hideyoshi is enshrined. Toyotomi Hideyoshi, a prominent historical figure in Japan, was originally just a poor farmer. Intelligent and ambitious as he was, later he became one of the loyal subjects of Oda Nobunaga, and after Nobunaga's death (he was assassinated at Honno-ji Temple in 1582), he defeated other powerful subjects of Nobunaga, his ex-colleagues, and ruled over Japan in 1590.

Background (1599) This shrine was built in 1599, a year after Hideyoshi's death as a means to commemorate his greatness. After his death, he was enshrined here and became a God and the object of worship. He was very popular among people in Kyoto and Osaka because he revived their economy, and took good care of the Imperial court and aristocrats. In addition, he had stepped up the ladder from being just a simple peasant to beome a king of Japan. What a success story! No wonder people worshipped him as a hero and God.

What happened to the shrine when Tokugawa destroyed the Toyotomi Clan? (1615) And of course Tokugawa Ieyasu, who destroyed the Toyotomi Clan, ruling over Japan after Hideyoshi's death, didn't like it. He started the 'Tokugawa Bakufu (government)' in Edo (present-day Tokyo), and different from Hideyoshi, hogtied the Imperial Court and aristocrats in Kyoto with strict rules lest they gain power again. It would be a problem for his just-established government if there were still people who worshiped Hideyoshi as God in the Kansai area. He tried to completely destroy the shrine to the ground, but upon a request from Hideyoshi's wife, Nene, kept the buildings there, but had them closed down, and forbade anyone to ever step inside the premises. So, for a long long time throughout the Edo Period, 269 years to be exact, this shrine had been deserted and covered with ferns and mosses.

What happened to the shrine when Tokugawa lost and Meiji Government won? (1868) In 1868, Tokugawa Shogunate perished from the earth and the Meiji Period started. The Meiji Restoration (1868) was, in a sense, a revenge battle between Tokugawa (East Army) and Satsuma / Choshu (West Army) in the Battle of Sekigahara in 1600. Now, the table was turned and once again the West conquered the East. Now that Tokugawa had lost power, the Meiji emperor ordered Toyokuni Shrine be restored and re-opened to the public. How interesting! But this rise and fall of Hideyoshi's shrine makes me wonder, 'Then, what happened to Nikko's Toshogu Shrine, where Ieyasu is enshrined as God, when Tokugawa lost and the power returned to the West?'.

What happened to Ieyasu's shrine (Nikko Toshogu) when Tokugawa lost? (1868) I checked, and I guessed right. The Meiji government tried to abolish it! First, it was almost burnt down during the Boshin War (1868, fought between Tokugawa and the Meiji government side), but was saved. Second, some of the Meiji government officials tried to abolish it, but somehow didn't. Yet it deteriorated without the Meiji Government's support. In 1880, Matsudaira Katamori, the former lord of the Aizu Clan, who fought against the Meiji government till the end, became the head priest of Toshogu Shrine and made efforts to revive it by establishing an organization to collect funds to preserve it. He thus saved the shrine. What a loyalty! I am glad that they didn't destroy it..it would've been such a waste to abolish one of the most beautiful national treasures of Japan, let alone a World Heritage Site! Besides, from a layman's point of view, it's ridiculous to destroy everything that represents the former power every time the political power moves from A to B, don't you agree?!

Anyway, the resurrected Toyokuni Shrine is still a popular place to visit and pray for success and wealth among Kansai people. It looks like everybody would like to be as successful and wealthy as Hideyoshi used to be. Beside this shrine, there is Hoko-ji Temple, in which the famous bell that played the role of 'convenient excuse' for Ieyasu to attack Osaka Castle and destroy Toyotomi Clan, stands. If you visit Toyokuni Shrine, don't miss out on seeing this fatal bell! More photos of Toyokuni Shrine are here. 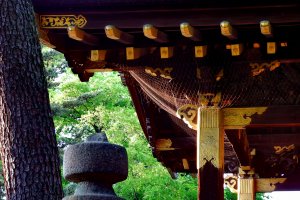 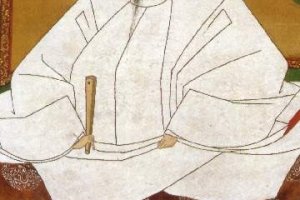 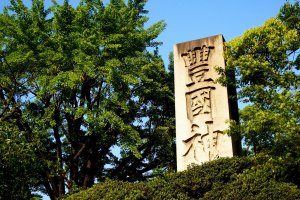 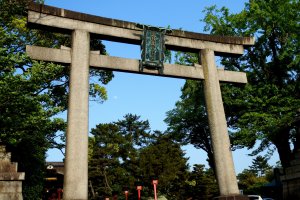 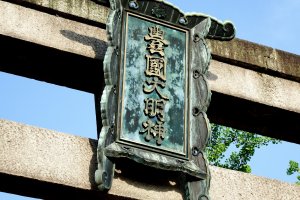 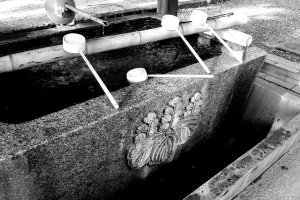