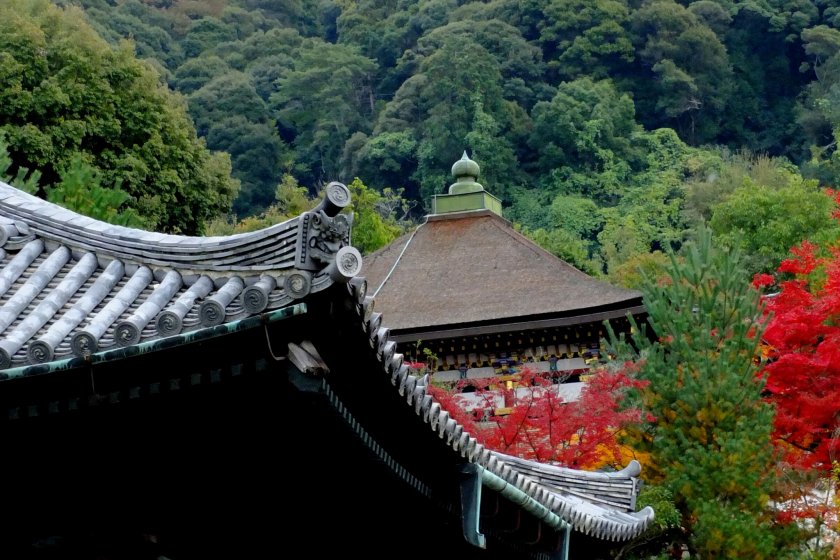 Nene saw her husband's Kingdom burnt to ashes from here

Nene, later called 'Kita-no-mandocoro' or 'Kodai-in', was the official wife of Toyotomi Hideyoshi, the man who dominated Japan (1590 - 1598) before Tokugawa Shogunate seized total control of the country (1603 - 1867). I call her an 'official wife' because at the time, many daimyos (lords) had multiple wives, including mistresses. The brave are susceptible to female charms, aren't they? In her case, her husband Hideyoshi was a well-known womanizer, who had more than 100 mistresses. But she reigned supreme among them, since she was a very intelligent, reliable, lovable woman and Hideyoshi trusted her more than anyone. After Hideyoshi's death, she entered nunhood, had Kodaiji Temple built in Kyoto to retire to, and lived there till her death, praying for her demised husband's soul.

What I wrote above, is nothing but ordinary...a widowed wife becomes a nun and prays for her husband's soul; many women in high positions did that in those days, didn't they? But this temple has more to it than just being an ordinary retreat for a high-ranking woman. Because, Tokugawa Ieyasu, her husband's ex-colleague, later loyal subject, and enemy after his death, built it for her! Does it sound like an ordinary temple now?

To make a long story short, when her husband passed away, she knew his kingdom had come to an end, as there was no way his young child (Toyotomi Hideyori, the son of a mistress, age 5 when Hideyoshi died) could rule Japan, so she decided to support Tokugawa Ieyasu, the most powerful samurai after her husband's death, in hope that he'd preserve the Toyotomi Clan (family) as one of his subjects. That's how her husband Hideyoshi had taken over the Oda Clan's power when Nobunaga died in the first place, wasn't it?

When Hideyoshi, her husband, died, she was living in the large, magnificent Osaka Castle. As soon as he passed away, she handed over her spacious living quarters to Ieyasu and told him, "I'd like to retire to Kyoto to pray for my husband's soul. I'd like to have a temple there". She didn't have to ask her husband's subject, Ieyasu, of course. But it was a sophisticated way to show her intention to 'support' him. Ieyasu was at the time one of five Tairos (directors) in Toyotomi administration, so as the most powerful Tairo, he executed her request. Also, he decided to give her an annual allowance of 5,000 Goku (3.75 million dollars in modern currency), a life-long guarantee! But all of this came not from his own pocket, but from her husband's kingdom's assets and revenue...Ieyasu was frugal, indeed.

Ieyasu knew how important it was to grab Nene's heart, because some of Hideyoshi's former subjects would follow her orders (There were mainly two groups of subjects, Nene's side and those of Hideyoshi's No. 1 mistress, the mother of his heir, Yodo's side). So, he treated her with utmost care, ordered some of his subjects to build Kodaiji Temple as she desired, and after it was built, often visited her there with lavish gifts in hand. As he visited so frequently there was even a rumor that the two of them were having an 'affair' at the time! Even after he completely destroyed Toyotomi Clan by burning Osaka Castle to ashes in 1615, he preserved the Asano Clan, her maiden family, which lasted as long as the samurai era continued, until the Meiji Restoration (1868).

She instructed her former husband's subjects to 'follow Ieyasu's orders', and so thanks to her instructions, they fought in the Battle of Sekigahara on Ieyasu's side and contributed in his winning the battle. After the battle, she suggested Yodo, her husband's mistress and his son's mother, many times to compromise and leave Osaka Castle, but Yodo didn't listen. Different from Nene, Yodo, the mistress, was not so wise and believed that Ieyasu would let her child rule Japan in the future. How naive! In the end, Ieyasu made an irrational, but calculated accusation that part of the inscription on the bell of the Hokoji Temple which Yodo's child, Hideyori, was having built, was an intentional curse upon him, used it as an excuse to attack Osaka Castle, and destroyed the Toyotomi Clan once and for all. When Ieyasu tried to destroy Toyokuni Shrine in Kyoto, in which Nene's husband Hideyoshi was enshrined as God, Nene begged him not to do it. Upon her request, instead of destroying the shrine to the ground, he let it stand, but took away Hideyoshi's God's status and forbade anyone's entrance to the place. Nene died in 1624, at the age of 76 or 77, outliving Ieyasu by eight years. He died in 1616.

She might have seen the pride of her husband's kingdom, which she built with him together, Osaka Castle, burnt to ashes from here in Kodaiji Temple. She also had to see his shrine rot to ground, abandoned. She saw everything...and I just can't help wondering what she thought and felt living in this beautiful place, Kodaiji...

All photos, except for the portrait of Nene, which is a public domain photo, are courtesy of Larry Knipfing.

Find out more about Kodaiji. 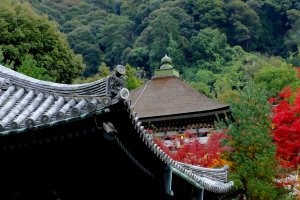 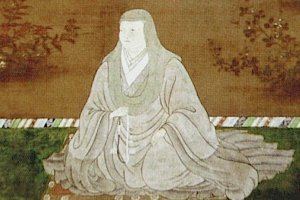 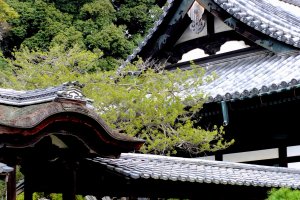 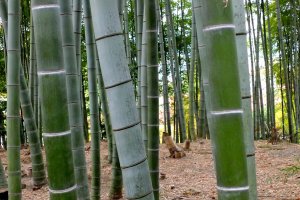 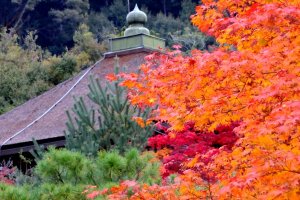 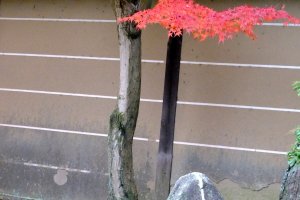