The autumn beauty at Shisen-do Villa is amazing, with a garden sparkling with bright red maples. This was once a residence of a retired samurai, Ishikawa Jozan (1583-1672). Jozan had a profound knowledge of both Chinese and Japanese literature and art, and he planned this villa and garden, making great use of this knowledge. Another garden designed by Jozan is Shosei-en Garden near Kyoto Station. The villa is located in the outskirts of Kyoto at Ichijo-ji Sagarimatsu, which is also famous as the place where great swordsman Miyamoto Mushashi (1582-1645) fought a duel against the Yoshioka School.

The bamboo gate entrance of this villa is small, and nothing of the garden or villa can be seen from it because long stone steps behind the gate hide two thirds of the view. After that, a narrow stone pavement surrounded by bamboo trees leads us into the inner space of the villa, but we soon realize that our way is now blocked by a wall. When we reach the wall, the path turns left and then turns right, but we still can’t see the final destination! It is a mysterious experience that continues until we finally arrive at the main building. First, enjoy a view of the garden from inside this unique structure. Later, be sure to go outside and walk around the three-tiered garden.

The room, supported by only a few wooden pillars, is completely open to the garden, which is a dry type garden. This room was designed for enjoying the garden, the change of seasons, the change of light, and the change of the weather. I was here at noon on a day in late November and then again in the morning on a day in late December. The garden in autumn was gorgeous (although with huge numbers of people, of course!), and the winter garden was peaceful and charming. Both were beautiful in their own way.

Basically, the garden is composed of three tiers. The first tier is at the same level of the room. It includes the sand garden, various sized trimmed azaleas, and Japanese maple trees. While sitting on the tatami mat, you can hear a high-pitch sound, echoing from a traditional bamboo water spout, called shishiodoshi. It is a wonderful place to sit and mediate, listen to the birds, and smell the fresh air.

Walking through the garden and strolling along its paths, we come to the second tier down a gentle slope: A wide open space surrounded by woods, a traditional teahouse, a wisteria trellis with comfortable benches, and a small pond with a handful of carp. When we go down the slope one more time, we reach the third tier: Here, it is almost like a secret spot, because it is covered with tall trees that obstruct the view. Each tier has a different atmosphere, but the sound of streaming water follows us faintly, no matter where we are in the garden.

Ishikawa Jozan, a samurai who became an artist and man of letters

He was born in 1583 as a samurai and became an aide to Tokugawa Ieyasu when he was 18. In the battle of Tokugawa vs. Toyotomi in 1614, he fought bravely but was was later disciplined by Ieyasu for insubordination. Soon after that, he became a priest and resigned from his position as samurai at the age of 33.

He really loved reading, calligraphy, and literature, and he was content to live a quiet life. His lifestyle after retirement suited him perfectly, and he never regretted leaving the exciting life of a samurai. By the way, even now, we are not sure where the money for the villa came from. Some scholars suppose that Jozan was Ieyasu’s spy in Kyoto, while others conjecture that he paid for the villa through the sale of his huge collection of rare books. 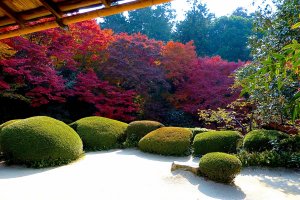 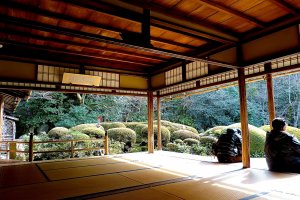 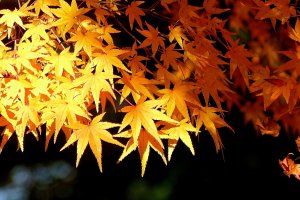 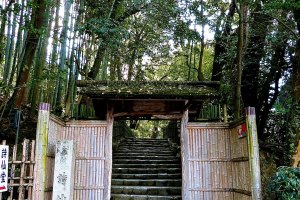 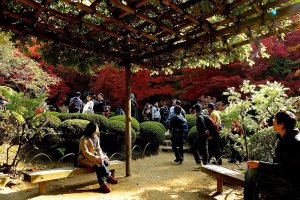 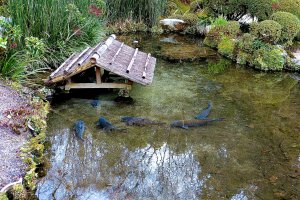 Tomoko Kamishima Author 7 years ago
Yes, Megan. It was even dramatic.
Reply Show all 0 replies

VaDelle Harris 7 years ago
Absolutely Breathtaking! One of my must stops
Reply Show all 0 replies